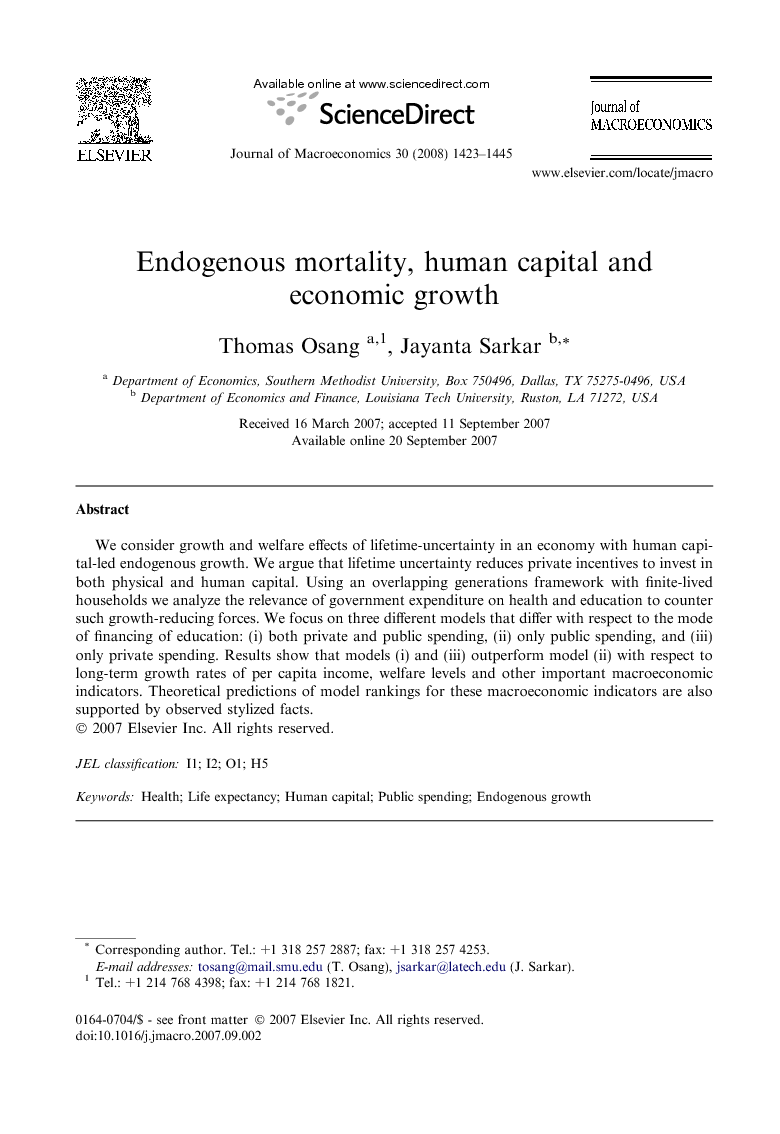 We consider growth and welfare effects of lifetime-uncertainty in an economy with human capital-led endogenous growth. We argue that lifetime uncertainty reduces private incentives to invest in both physical and human capital. Using an overlapping generations framework with finite-lived households we analyze the relevance of government expenditure on health and education to counter such growth-reducing forces. We focus on three different models that differ with respect to the mode of financing of education: (i) both private and public spending, (ii) only public spending, and (iii) only private spending. Results show that models (i) and (iii) outperform model (ii) with respect to long-term growth rates of per capita income, welfare levels and other important macroeconomic indicators. Theoretical predictions of model rankings for these macroeconomic indicators are also supported by observed stylized facts.