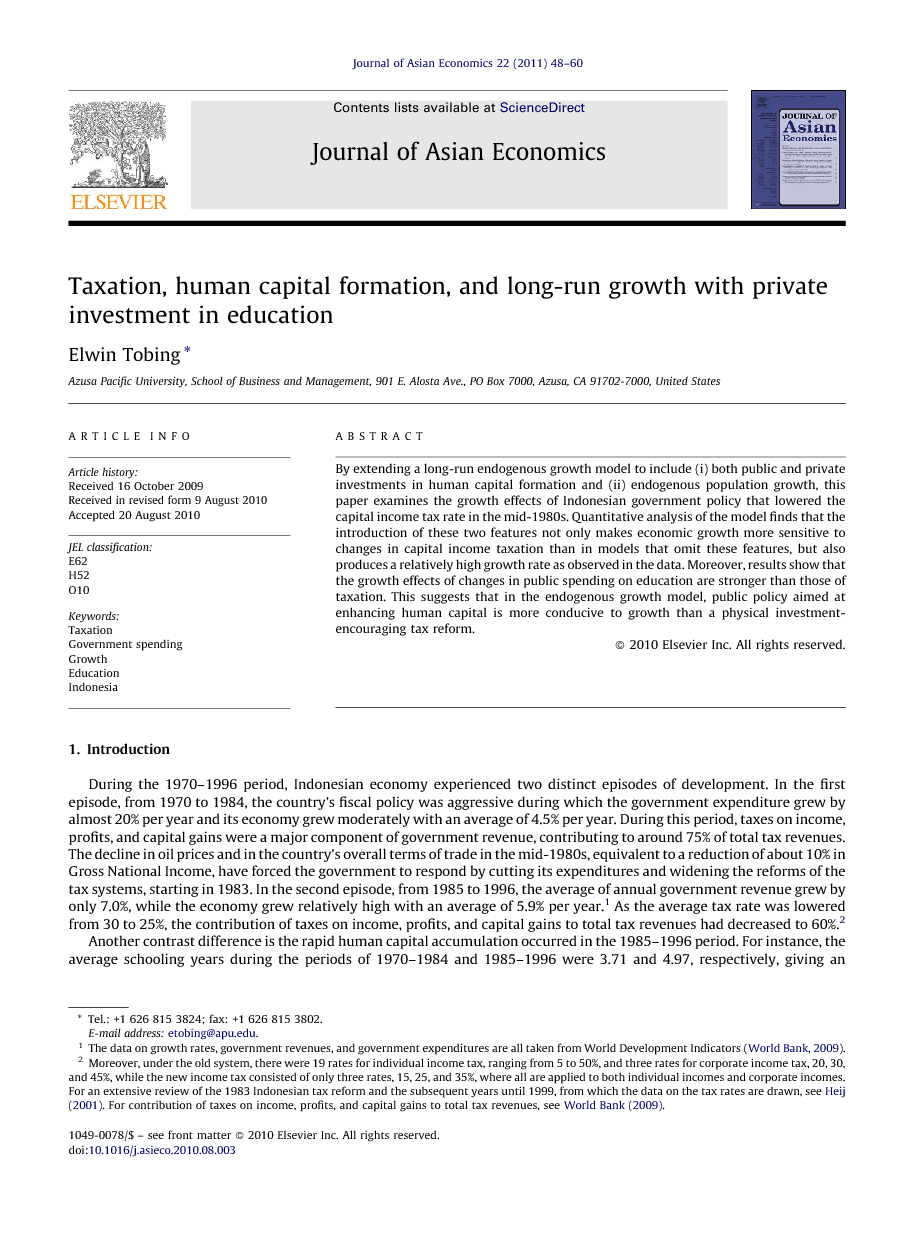 By extending a long-run endogenous growth model to include (i) both public and private investments in human capital formation and (ii) endogenous population growth, this paper examines the growth effects of Indonesian government policy that lowered the capital income tax rate in the mid-1980s. Quantitative analysis of the model finds that the introduction of these two features not only makes economic growth more sensitive to changes in capital income taxation than in models that omit these features, but also produces a relatively high growth rate as observed in the data. Moreover, results show that the growth effects of changes in public spending on education are stronger than those of taxation. This suggests that in the endogenous growth model, public policy aimed at enhancing human capital is more conducive to growth than a physical investment-encouraging tax reform.

This paper investigates the effects of a tax reform and increased public education spending on long-run economic growth and human capital formation in Indonesia. Two channels in which a tax reform could affect growth and human capital formation, which are not considered by previous studies, are introduced in this paper, namely privately financed human capital investment and endogenous population growth. These two channels are intended to capture the notion that taxation on physical capital as well as public spending on education could affect private decisions on human capital investment – and economic growth. The findings suggest that tax reform can moderately affect growth rate while distortionary public spending on education affects growth significantly. Our policy experiments using Indonesian data produce a relatively high growth rate and lower population growth rate as observed in the data, but they are less satisfactory in replicating a large change in human capital formation. The experiments using the US data generate results which differ from the well-established evidence on the US data: a tax reform has non-negligible impact on growth rate. Our results also suggest that in the endogenous growth model, public policy aimed at enhancing human capital is more conducive to growth than a tax reform aimed at encouraging physical capital investment.