عنوان انگلیسی
The dynamic quality of law: The role of judicial incentives and legal human capital in the adaptation of law
دانلود فوری مقاله + سفارش ترجمه 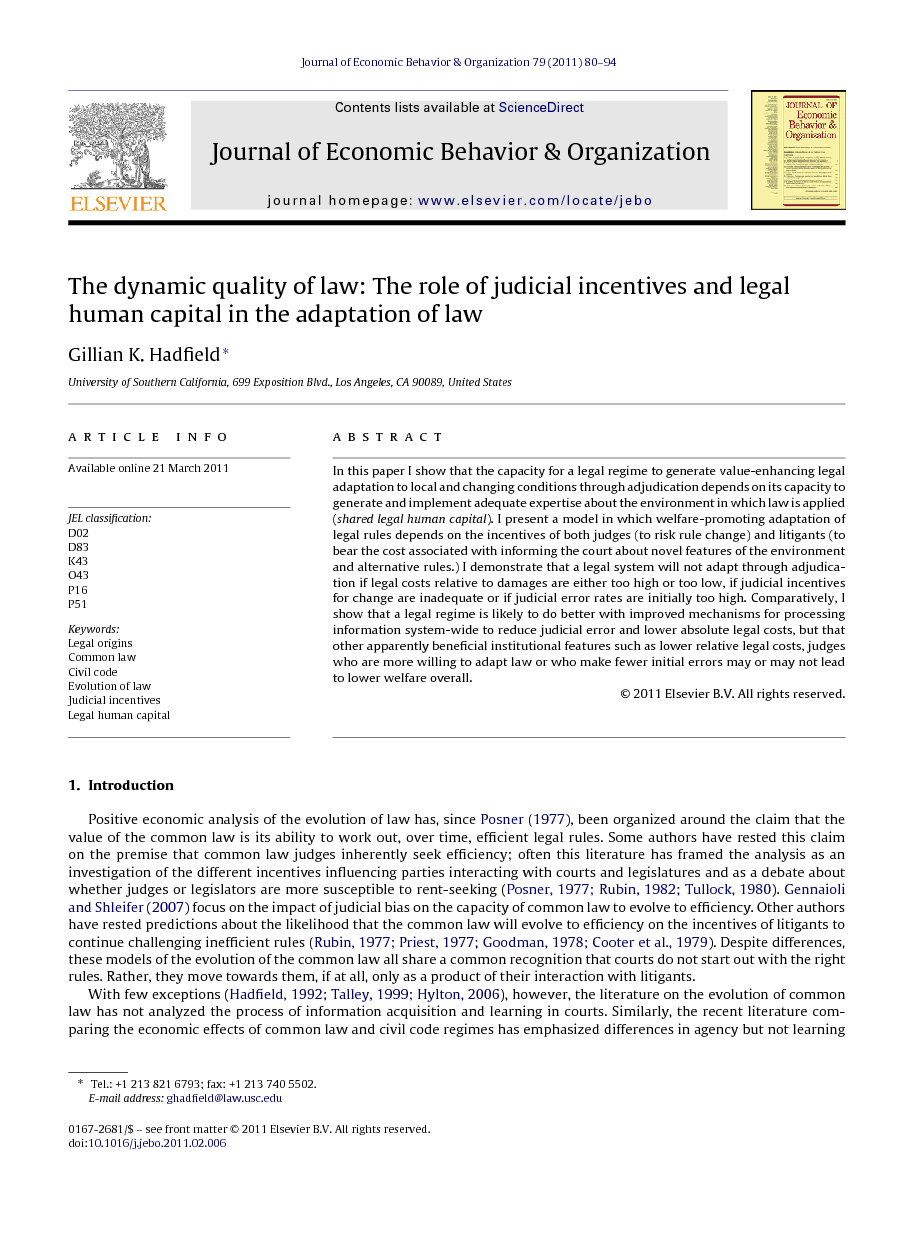 In this paper I show that the capacity for a legal regime to generate value-enhancing legal adaptation to local and changing conditions through adjudication depends on its capacity to generate and implement adequate expertise about the environment in which law is applied (shared legal human capital). I present a model in which welfare-promoting adaptation of legal rules depends on the incentives of both judges (to risk rule change) and litigants (to bear the cost associated with informing the court about novel features of the environment and alternative rules.) I demonstrate that a legal system will not adapt through adjudication if legal costs relative to damages are either too high or too low, if judicial incentives for change are inadequate or if judicial error rates are initially too high. Comparatively, I show that a legal regime is likely to do better with improved mechanisms for processing information system-wide to reduce judicial error and lower absolute legal costs, but that other apparently beneficial institutional features such as lower relative legal costs, judges who are more willing to adapt law or who make fewer initial errors may or may not lead to lower welfare overall.