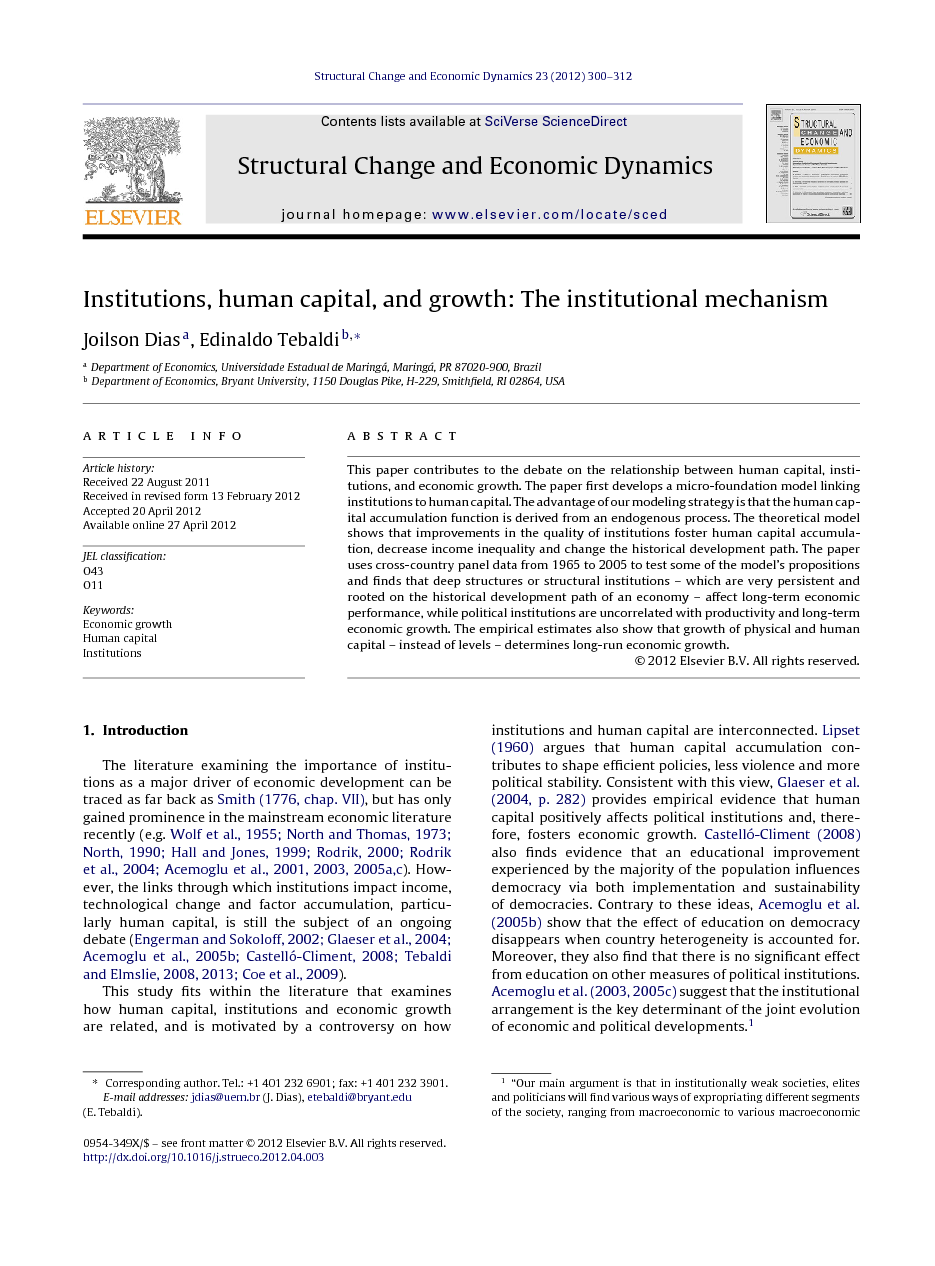 This paper contributes to the debate on the relationship between human capital, institutions, and economic growth. The paper first develops a micro-foundation model linking institutions to human capital. The advantage of our modeling strategy is that the human capital accumulation function is derived from an endogenous process. The theoretical model shows that improvements in the quality of institutions foster human capital accumulation, decrease income inequality and change the historical development path. The paper uses cross-country panel data from 1965 to 2005 to test some of the model's propositions and finds that deep structures or structural institutions – which are very persistent and rooted on the historical development path of an economy – affect long-term economic performance, while political institutions are uncorrelated with productivity and long-term economic growth. The empirical estimates also show that growth of physical and human capital – instead of levels – determines long-run economic growth.