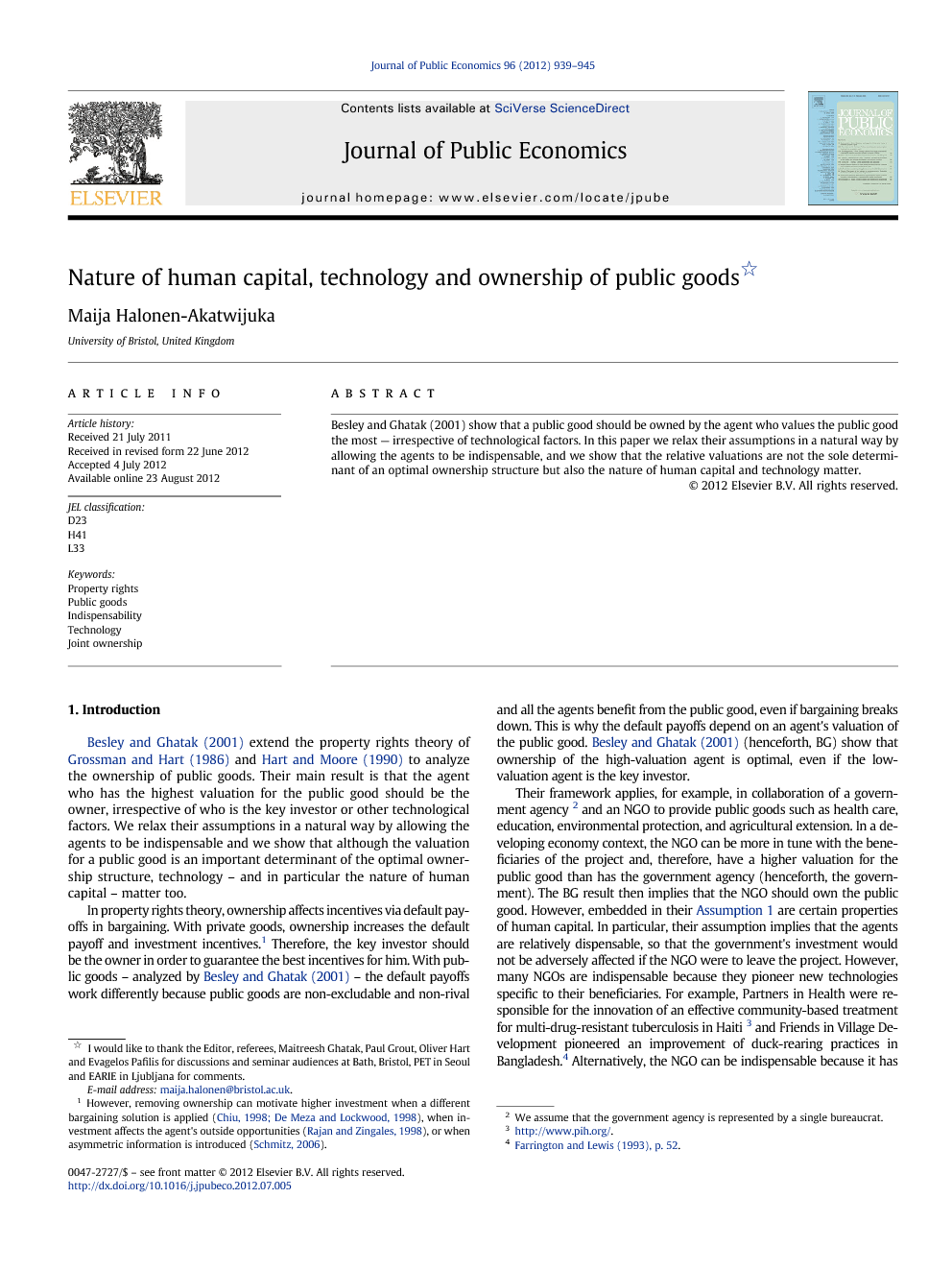 Besley and Ghatak (2001) show that a public good should be owned by the agent who values the public good the most — irrespective of technological factors. In this paper we relax their assumptions in a natural way by allowing the agents to be indispensable, and we show that the relative valuations are not the sole determinant of an optimal ownership structure but also the nature of human capital and technology matter.

In this paper we show that it is not always optimal for the high-valuation agent to own the public good as argued by Besley and Ghatak (2001). Investment that increases the quality of a public good improves everybody's default payoffs and improves the high-valuation agent's bargaining position relative to the low-valuation agent. Allocating ownership optimally is about maximizing this positive default payoff-effect for h and minimizing the negative effect for l, as identified by Besley and Ghatak (2001). However, we show that it is the nature of human capital that determines whether ownership makes the default payoffs more or less responsive to investment. In particular, ownership by the low-valuation agent can be optimal when an agent is indispensable. In the future it would be interesting to incorporate cost-reducing investments in this framework and to analyze PPPs in a context that combines the bundling of build and service provision emphasized in the current PPP literature with the explicit modeling of the public-good nature of these projects.