عنوان انگلیسی
From knowledge transfer to learning: The acquisition and assimilation of human capital in the United Arab Emirates and the other Gulf States
دانلود فوری مقاله + سفارش ترجمه 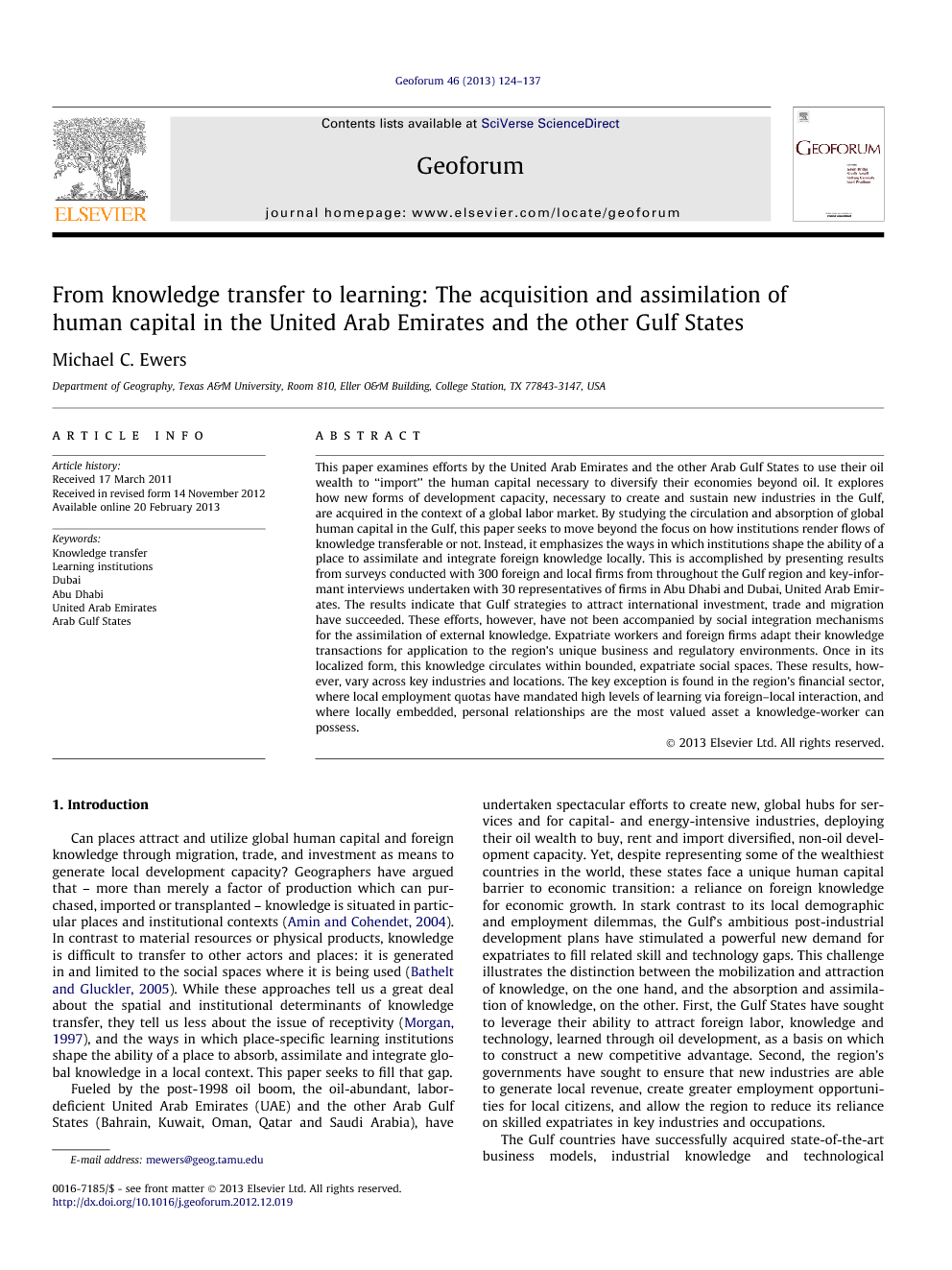 This paper examines efforts by the United Arab Emirates and the other Arab Gulf States to use their oil wealth to “import” the human capital necessary to diversify their economies beyond oil. It explores how new forms of development capacity, necessary to create and sustain new industries in the Gulf, are acquired in the context of a global labor market. By studying the circulation and absorption of global human capital in the Gulf, this paper seeks to move beyond the focus on how institutions render flows of knowledge transferable or not. Instead, it emphasizes the ways in which institutions shape the ability of a place to assimilate and integrate foreign knowledge locally. This is accomplished by presenting results from surveys conducted with 300 foreign and local firms from throughout the Gulf region and key-informant interviews undertaken with 30 representatives of firms in Abu Dhabi and Dubai, United Arab Emirates. The results indicate that Gulf strategies to attract international investment, trade and migration have succeeded. These efforts, however, have not been accompanied by social integration mechanisms for the assimilation of external knowledge. Expatriate workers and foreign firms adapt their knowledge transactions for application to the region’s unique business and regulatory environments. Once in its localized form, this knowledge circulates within bounded, expatriate social spaces. These results, however, vary across key industries and locations. The key exception is found in the region’s financial sector, where local employment quotas have mandated high levels of learning via foreign–local interaction, and where locally embedded, personal relationships are the most valued asset a knowledge-worker can possess.