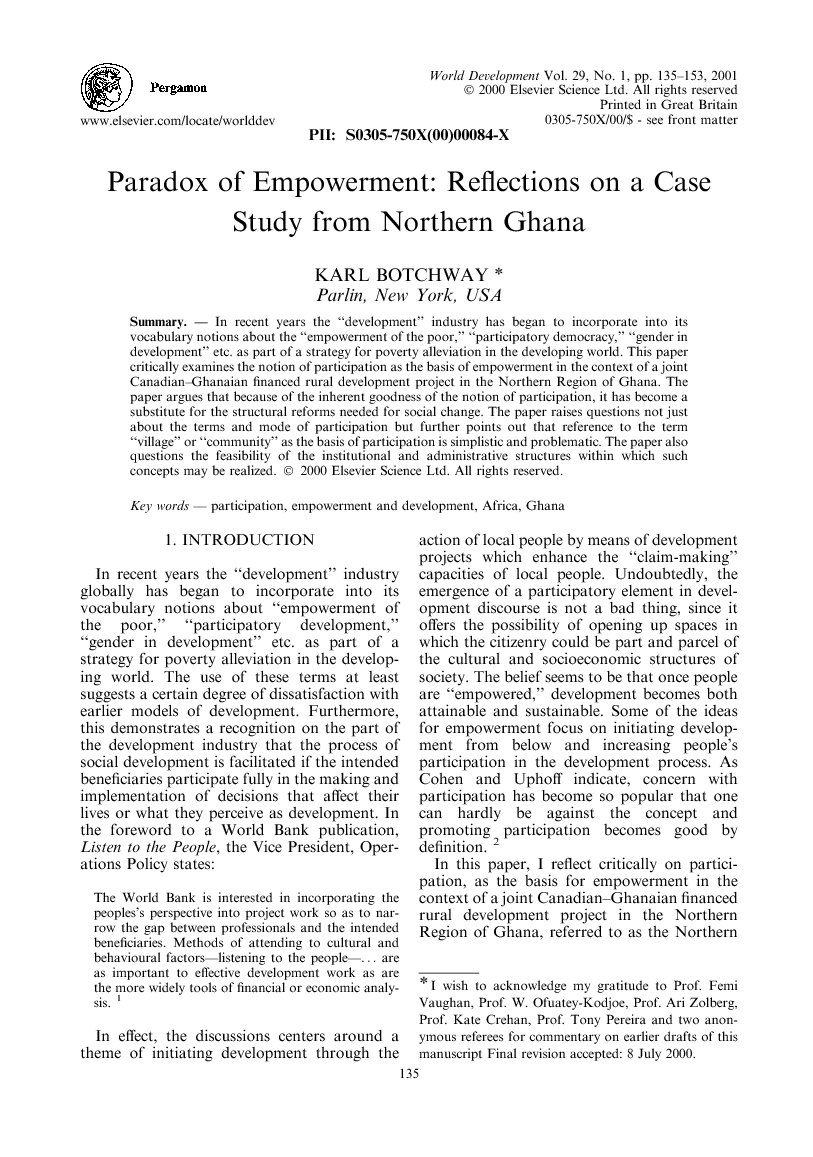 In recent years the “development” industry has began to incorporate into its vocabulary notions about the “empowerment of the poor,” “participatory democracy,” “gender in development” etc. as part of a strategy for poverty alleviation in the developing world. This paper critically examines the notion of participation as the basis of empowerment in the context of a joint Canadian–Ghanaian financed rural development project in the Northern Region of Ghana. The paper argues that because of the inherent goodness of the notion of participation, it has become a substitute for the structural reforms needed for social change. The paper raises questions not just about the terms and mode of participation but further points out that reference to the term “village” or “community” as the basis of participation is simplistic and problematic. The paper also questions the feasibility of the institutional and administrative structures within which such concepts may be realized.