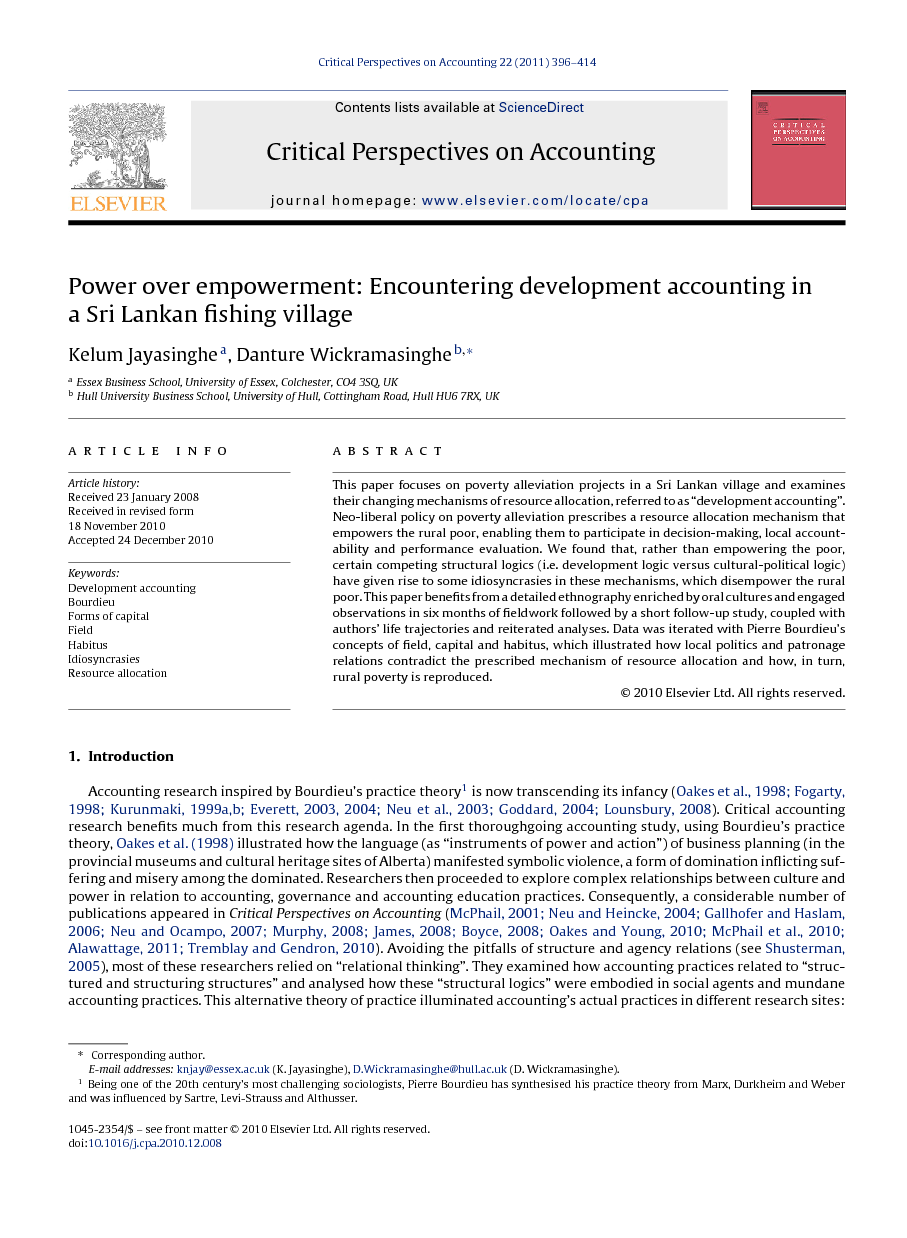 This paper focuses on poverty alleviation projects in a Sri Lankan village and examines their changing mechanisms of resource allocation, referred to as “development accounting”. Neo-liberal policy on poverty alleviation prescribes a resource allocation mechanism that empowers the rural poor, enabling them to participate in decision-making, local accountability and performance evaluation. We found that, rather than empowering the poor, certain competing structural logics (i.e. development logic versus cultural-political logic) have given rise to some idiosyncrasies in these mechanisms, which disempower the rural poor. This paper benefits from a detailed ethnography enriched by oral cultures and engaged observations in six months of fieldwork followed by a short follow-up study, coupled with authors’ life trajectories and reiterated analyses. Data was iterated with Pierre Bourdieu's concepts of field, capital and habitus, which illustrated how local politics and patronage relations contradict the prescribed mechanism of resource allocation and how, in turn, rural poverty is reproduced.