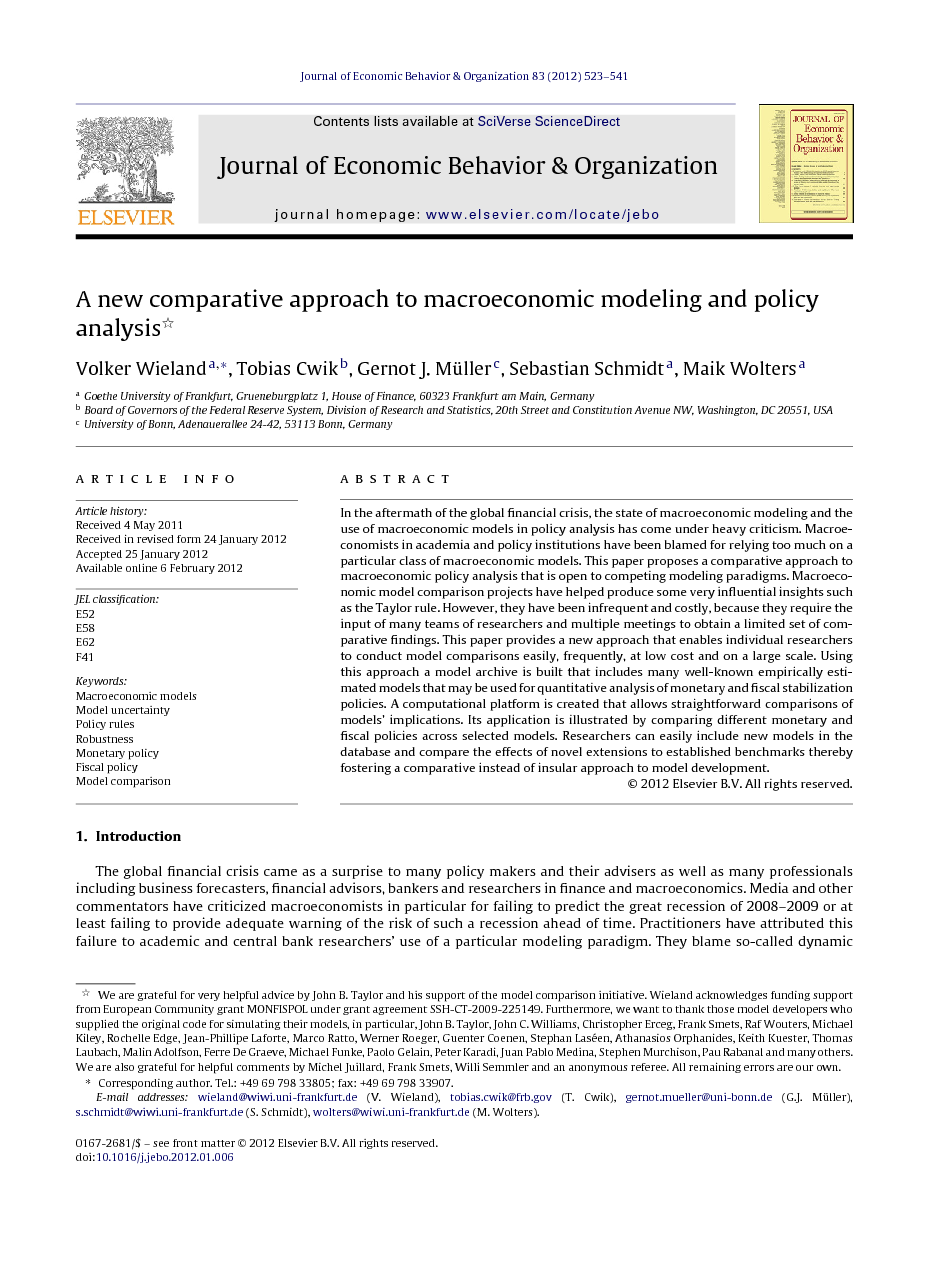 In the aftermath of the global financial crisis, the state of macroeconomic modeling and the use of macroeconomic models in policy analysis has come under heavy criticism. Macroeconomists in academia and policy institutions have been blamed for relying too much on a particular class of macroeconomic models. This paper proposes a comparative approach to macroeconomic policy analysis that is open to competing modeling paradigms. Macroeconomic model comparison projects have helped produce some very influential insights such as the Taylor rule. However, they have been infrequent and costly, because they require the input of many teams of researchers and multiple meetings to obtain a limited set of comparative findings. This paper provides a new approach that enables individual researchers to conduct model comparisons easily, frequently, at low cost and on a large scale. Using this approach a model archive is built that includes many well-known empirically estimated models that may be used for quantitative analysis of monetary and fiscal stabilization policies. A computational platform is created that allows straightforward comparisons of models’ implications. Its application is illustrated by comparing different monetary and fiscal policies across selected models. Researchers can easily include new models in the database and compare the effects of novel extensions to established benchmarks thereby fostering a comparative instead of insular approach to model development.