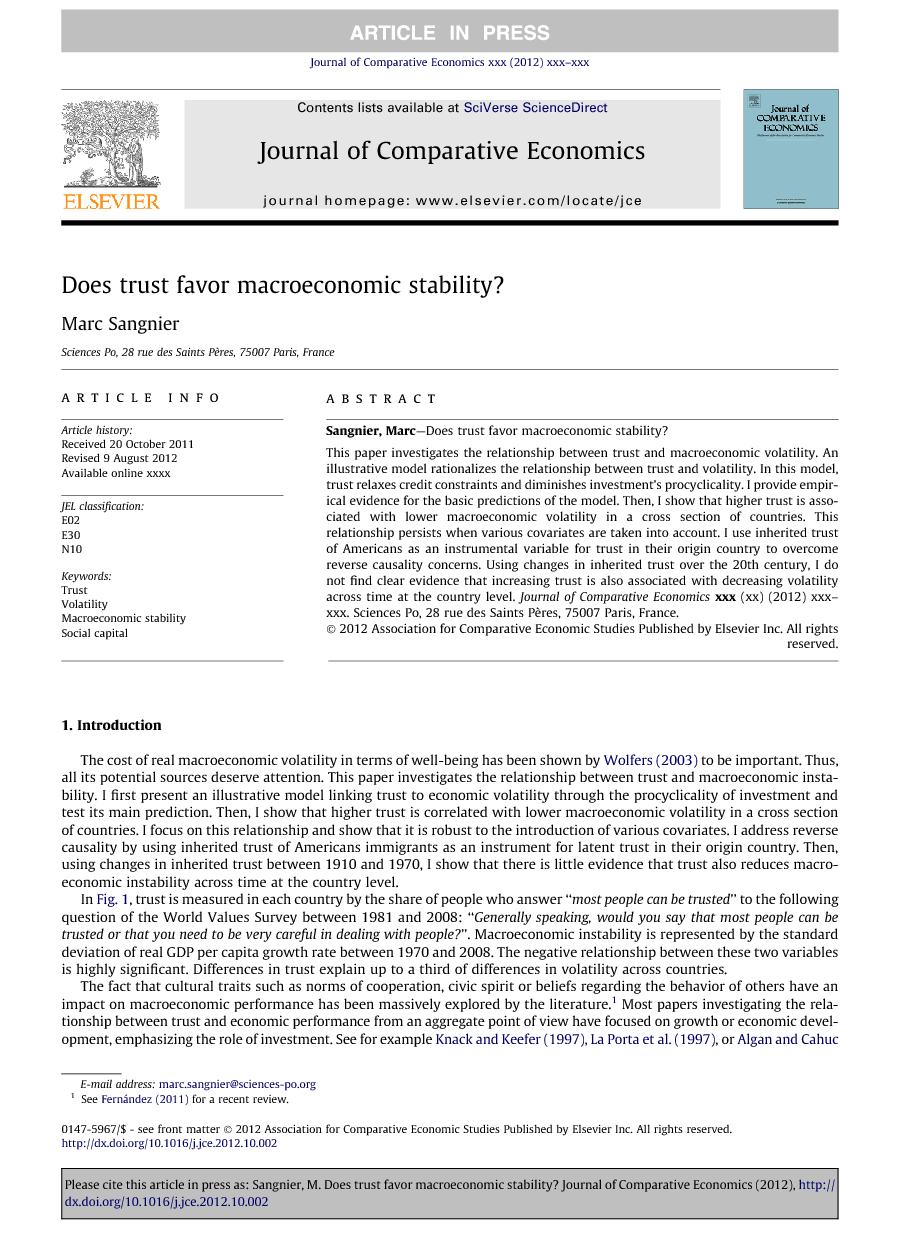 This paper investigates the relationship between trust and macroeconomic volatility. An illustrative model rationalizes the relationship between trust and volatility. In this model, trust relaxes credit constraints and diminishes investment’s procyclicality. I provide empirical evidence for the basic predictions of the model. Then, I show that higher trust is associated with lower macroeconomic volatility in a cross section of countries. This relationship persists when various covariates are taken into account. I use inherited trust of Americans as an instrumental variable for trust in their origin country to overcome reverse causality concerns. Using changes in inherited trust over the 20th century, I do not find clear evidence that increasing trust is also associated with decreasing volatility across time at the country level.

In this paper, trust has been shown to be negatively associated with macroeconomic instability in a cross section of countries. Higher trust weakens the standard deviation of real GDP per capita growth rate, and limit the amplitude of downturns. Using trust of Americans as a latent indicator of trust in their origin country, I provided additional evidence of these effects, avoiding potential reverse causality concerns. Applying the same method to track changes in trust across the 20th century, I do not find any evidence that higher trust is accompanied by lower macroeconomic volatility over time at the country level. I present an illustrative model that suggests that trust lower macroeconomic volatility by its action on investment’s procyclicality. In the last section, I test the basic predictions of this model, i.e. that more trust allows more deeper financial development, that trust favor long-term investment, and that private investment’s procyclicality and volatility are lower in high-trust than in low-trust countries. This advocates the idea that trust weakens economic volatility by orienting private investment toward long-term activities. All in all, evidence presented in this paper suggest that trust is likely to be a key determinant of macroeconomic stability. This set of aggregate results calls for further research to investigates both theoretically and empirically how trust translate to more stable investment at the individual level.