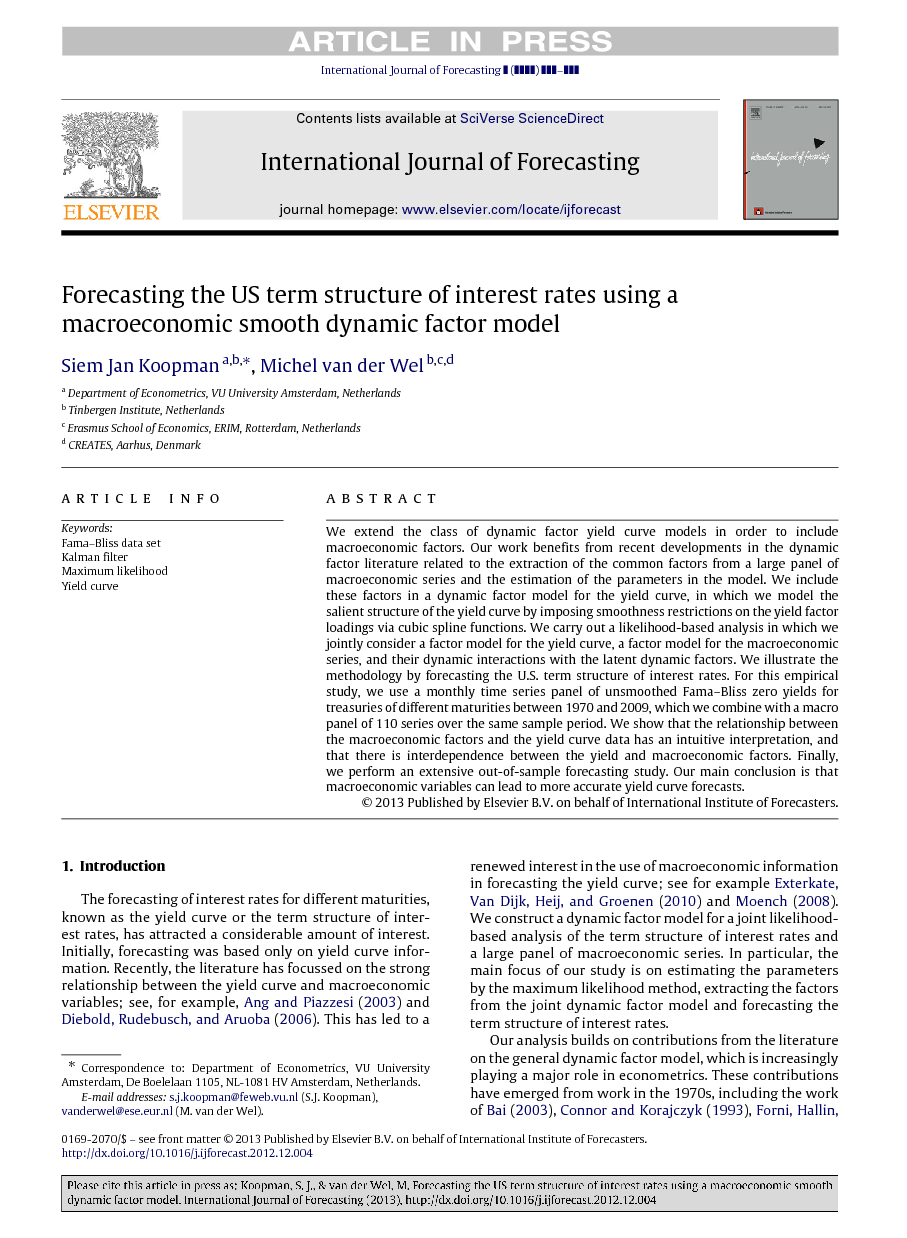 We have developed a maximum likelihood procedure for incorporating many macroeconomic variables into a yield curve model, with the aim of producing more precise forecasts. Our model falls within the class of dynamic factor models, and we have used all recent innovative developments for its analysis. We adopt cubic spline functions in order to induce smoothness in the factor loadings. The resulting model is referred to as the smooth dynamic factor model. By including a large panel of macroeconomic series, we can identify macroeconomic dynamic factors as part of the model. The macroeconomic smooth dynamic factor model is obtained by including these macro factors in the smooth dynamic factor model. We embed the analysis within a likelihood-based framework and estimate the yield factors, macro factors and factor dynamics simultaneously. Our empirical study for an extended time series panel of unsmoothed Fama–Bliss zero yields for US treasuries shows that adding macroeconomic information is useful for the forecasting of the yield curve. The estimated factor dynamics highlight interactions between the yield and macro factors. The macro factors capture information about the real economy, price indices, and labor and housing market conditions. In a comprehensive and extensive forecasting analysis, we have shown that the incorporation of macro information can lead to lower root mean square forecast errors than those from existing yield curve models, and to different specifications of our macroeconomic SDFM.