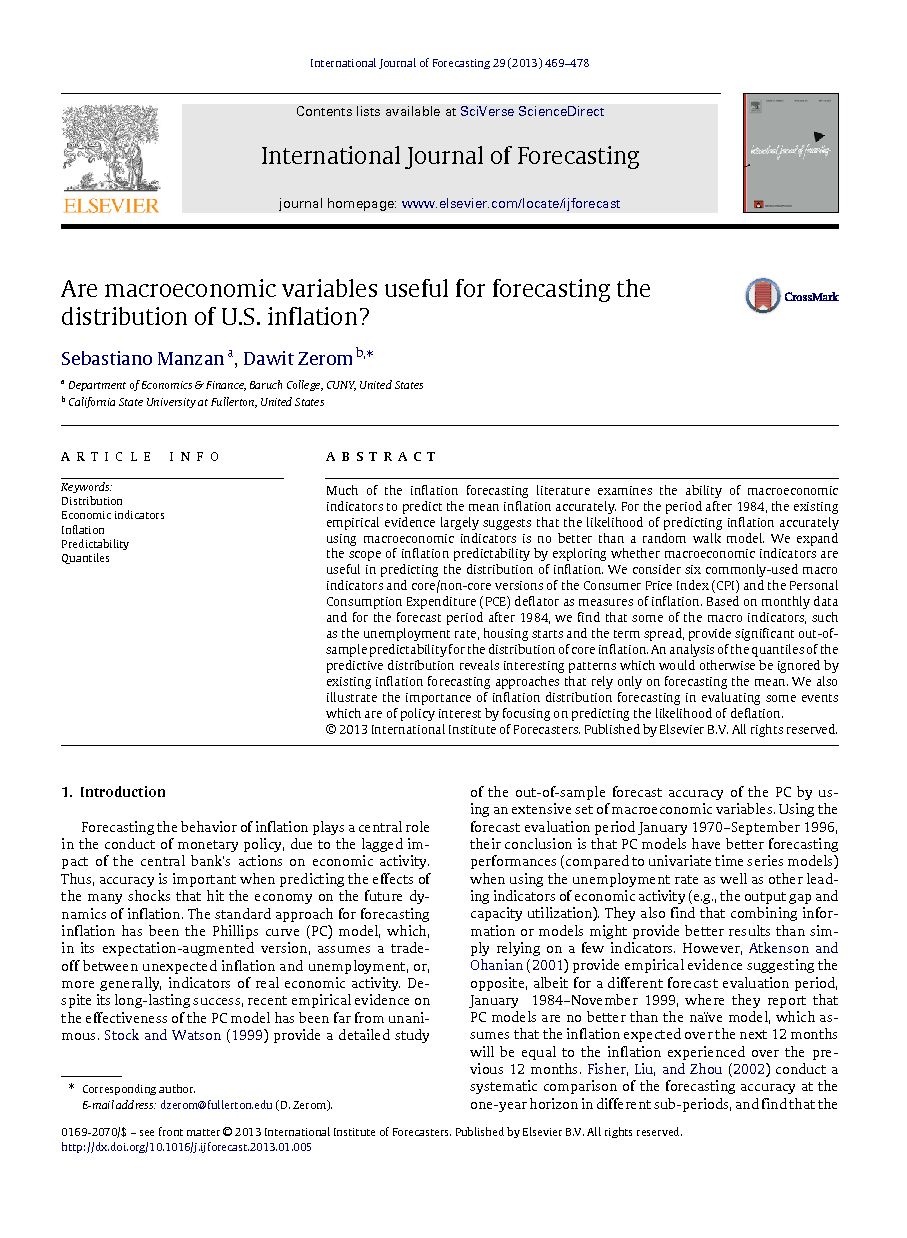 Much of the inflation forecasting literature examines the ability of macroeconomic indicators to predict the mean inflation accurately. For the period after 1984, the existing empirical evidence largely suggests that the likelihood of predicting inflation accurately using macroeconomic indicators is no better than a random walk model. We expand the scope of inflation predictability by exploring whether macroeconomic indicators are useful in predicting the distribution of inflation. We consider six commonly-used macro indicators and core/non-core versions of the Consumer Price Index (CPI) and the Personal Consumption Expenditure (PCE) deflator as measures of inflation. Based on monthly data and for the forecast period after 1984, we find that some of the macro indicators, such as the unemployment rate, housing starts and the term spread, provide significant out-of-sample predictability for the distribution of core inflation. An analysis of the quantiles of the predictive distribution reveals interesting patterns which would otherwise be ignored by existing inflation forecasting approaches that rely only on forecasting the mean. We also illustrate the importance of inflation distribution forecasting in evaluating some events which are of policy interest by focusing on predicting the likelihood of deflation.