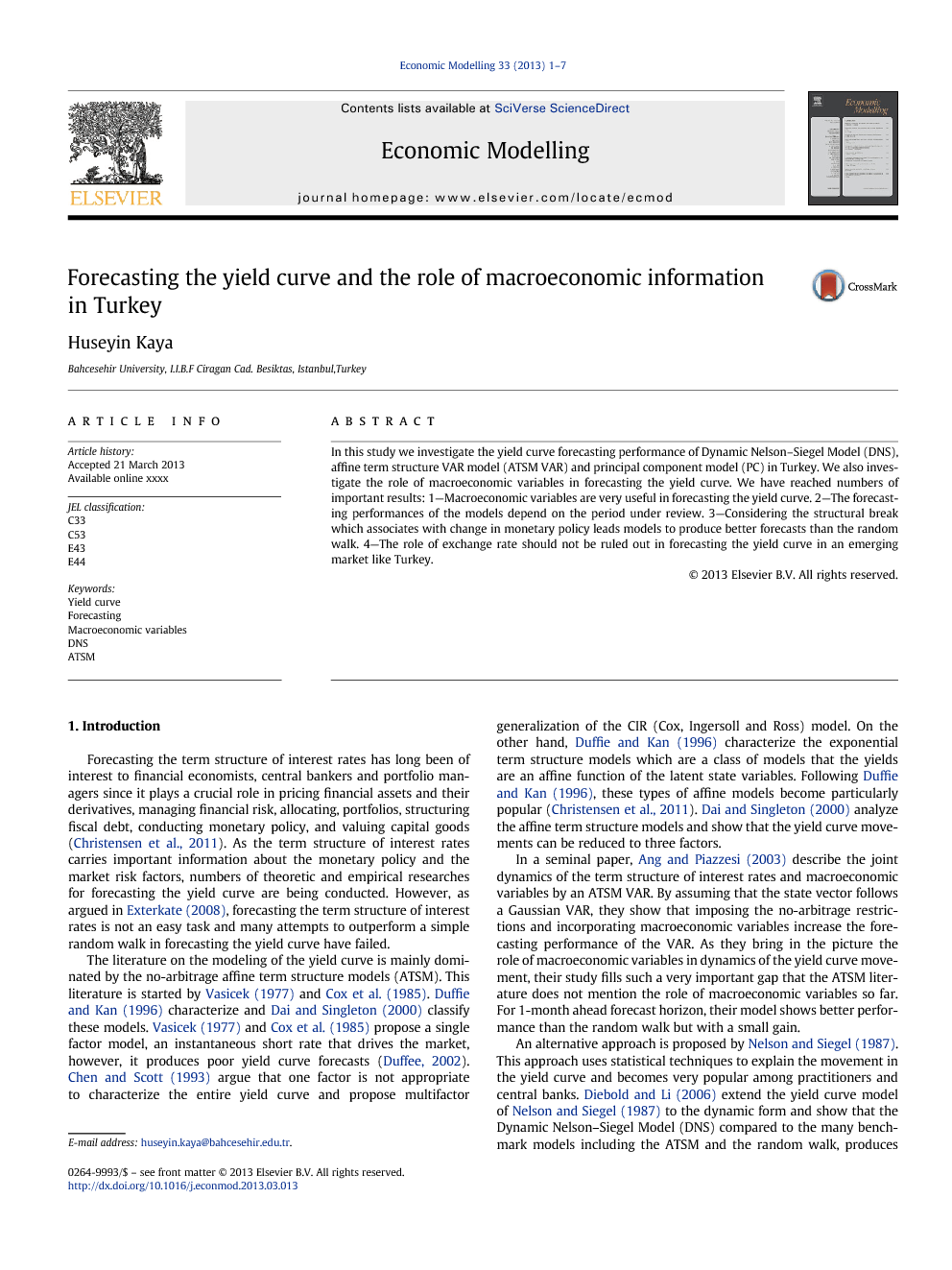 In this study we investigate the yield curve forecasting performance of three specifications namely Dynamic Nelson–Siegel Model (DNS), no-arbitrage affine term structure VAR (ATSM) model and principal component (PC) analysis in Turkey. To take into account the structural break, we divide our sample as pre-2002 and post-2000 period. For the entire period and two sub-periods, firstly we investigate the forecasts of the yield-only models, i.e. we use only extracted yield factors for forecasting, and then we incorporate two sets of macroeconomic information; the first set contains inflation rate, output gap and policy rate and the second set contains inflation, output gap and exchange rate. The out of sample forecasting experiment shows that the forecasting performances of the models are time varying. In the entire period, the yield-only models cannot beat the random walk but in the pre-2002 sub-period the yield-only models produce superior forecasts than the random walk. For the post-2002 sub-period, the yield-only PC model can beat the random walk for medium and long forecasting horizons. We find that, the macro factors are very useful in forecasting the yield curve. For the entire period, the first macroeconomic information set significantly improves the forecasting performance of the models. For the pre-2002 period, replacing the policy rate with the exchange rate produces better forecasts. However, for the post-2002 period both the macroeconomic information sets rate produce similar results.