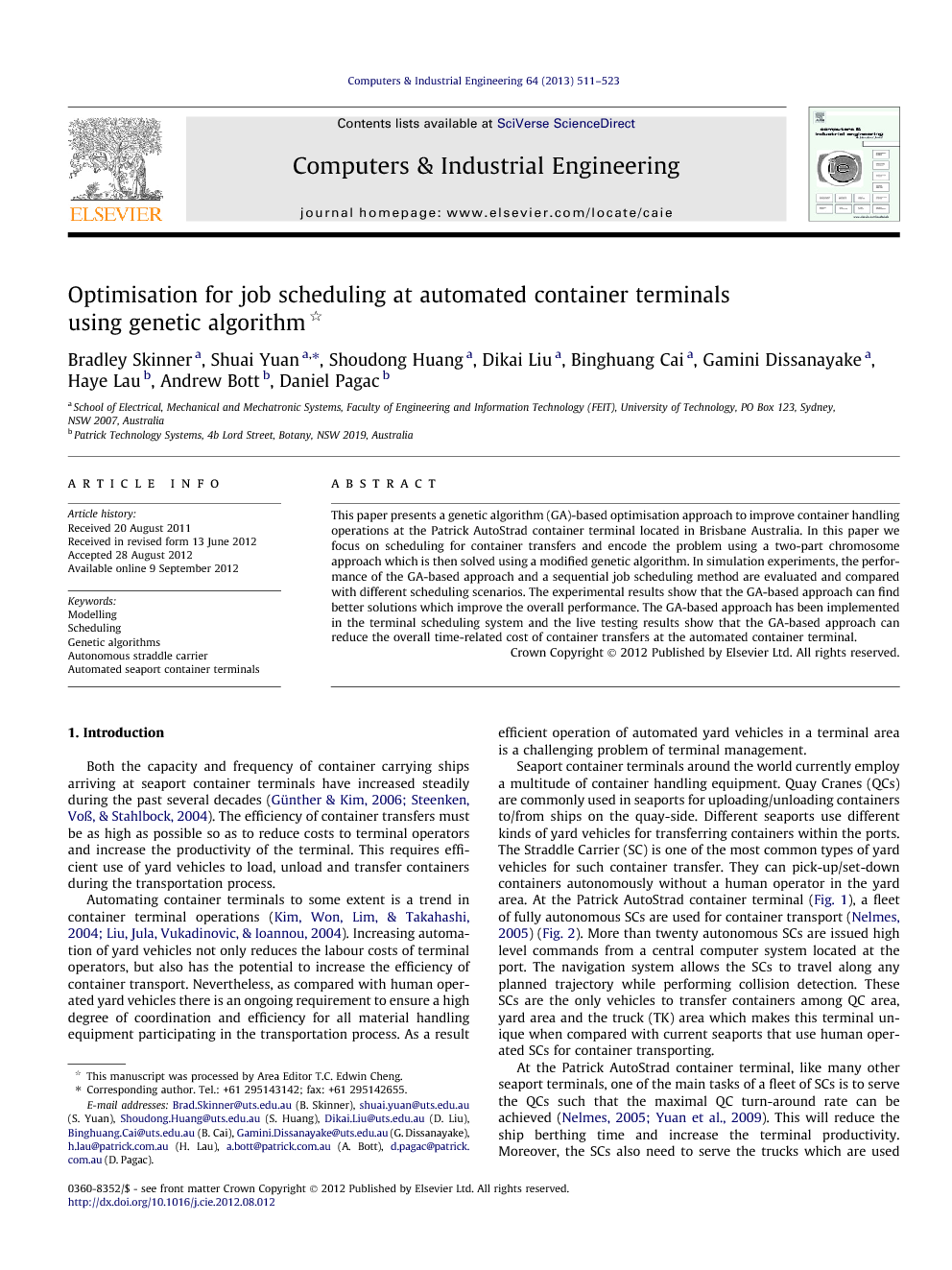 This paper has presented a modified mathematical model derived from the problem of container transfers at the Patrick AutoStrad container terminal located in Brisbane, Australia. This model incorporates QC related operations, SC scheduling and TK related operations. Additionally, a practical contribution of this paper is the GA-based approach which was presented to solve the job scheduling problem and was compared to a sequential job scheduling method for different scheduling scenarios. The proposed approach has been fully implemented on a trial basis in the live scheduling system at Patrick container terminal and it effectively improves the performance of the seaport container terminal. Our future work will focus on two main areas. Firstly, as uncertainty is a critical concern in port operations we will investigate and further improve the performance of GA by considering a replanning scheme for both short term and long term planning. Secondly, we would develop a parallel computing architecture to boost the convergence velocity and solution quality of the GA. This would permit more improvements on the productivity of the transhipment process.