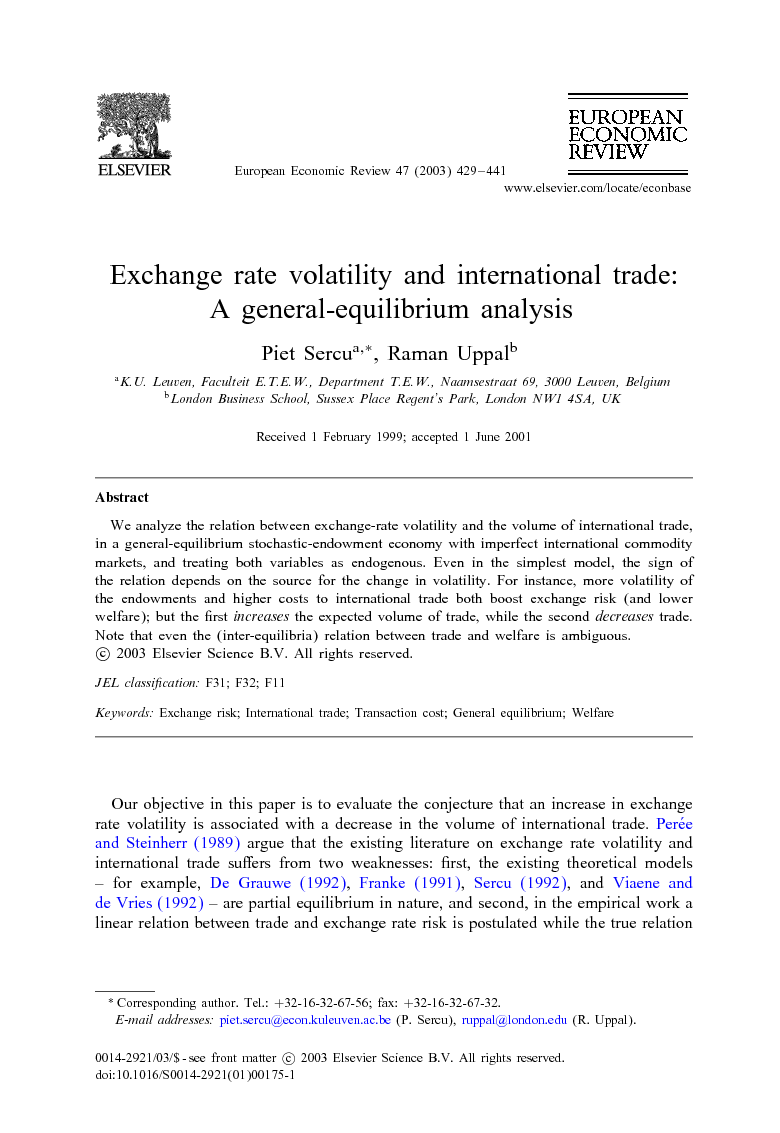 We analyze the relation between exchange-rate volatility and the volume of international trade, in a general-equilibrium stochastic-endowment economy with imperfect international commodity markets, and treating both variables as endogenous. Even in the simplest model, the sign of the relation depends on the source for the change in volatility. For instance, more volatility of the endowments and higher costs to international trade both boost exchange risk (and lower welfare); but the first increases the expected volume of trade, while the second decreases trade. Note that even the (inter-equilibria) relation between trade and welfare is ambiguous.