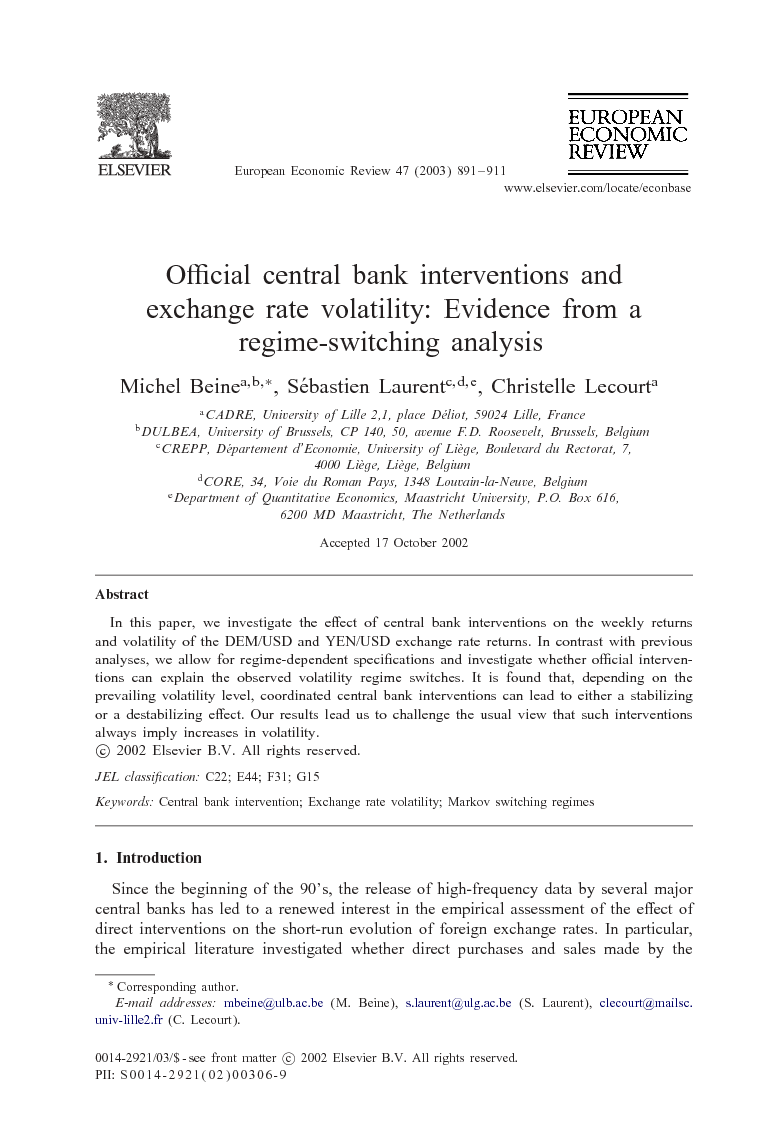 In this paper, we study the impact of weekly central bank interventions on the level and the volatility of the DEM/USD and YEN/USD exchange rate returns. In contrast with the usual literature which favors GARCH-type specifications, we rely on a regime-dependent approach. Because of this new feature, the interventions can have different outcomes depending on the prevailing state of the market. Our estimations suggest that the dynamics of both series is mainly driven by volatility regimes (a high- and a low-volatility regime). Thanks to out-of-sample forecasting experiments, it is shown that this specification compares very well with GARCH models and thus offers a relevant statistical alternative to the usual methodology presented in the literature. Our results partly confirm the positive impact of central bank interventions on exchange rate volatility emphasized in the literature. Nevertheless, it is found for both the DEM and the YEN that when the market is highly volatile and when market participants expect the central banks to intervene, concerted interventions can have a stabilizing effect. This new result in the empirical literature is consistent with the signalling approach to central bank interventions on the foreign exchange market. It is also consistent with the 1987 Louvre Agreement objective of decreasing excess volatility of exchange rate through direct coordinated interventions. Such a result also sheds an interesting light on previous results obtained with “single-regime” specifications. By not taking into account the volatility regime in which the interventions occur, these models tend to favor the impact observed in the most prevailing state of the market, i.e. the low-volatility one. Regarding economic policy issues, our results have two important implications. First, they confirm previous results according to which coordinated rather that unilateral interventions lead to large effects in the foreign exchange market. Second, our findings suggest that the signal sent to market participants through central bank interventions and hence its impact on exchange rates crucially depends on the current state of the market and the perceived motivation to intervene. This speaks for a more transparent intervention policy followed by central banks.