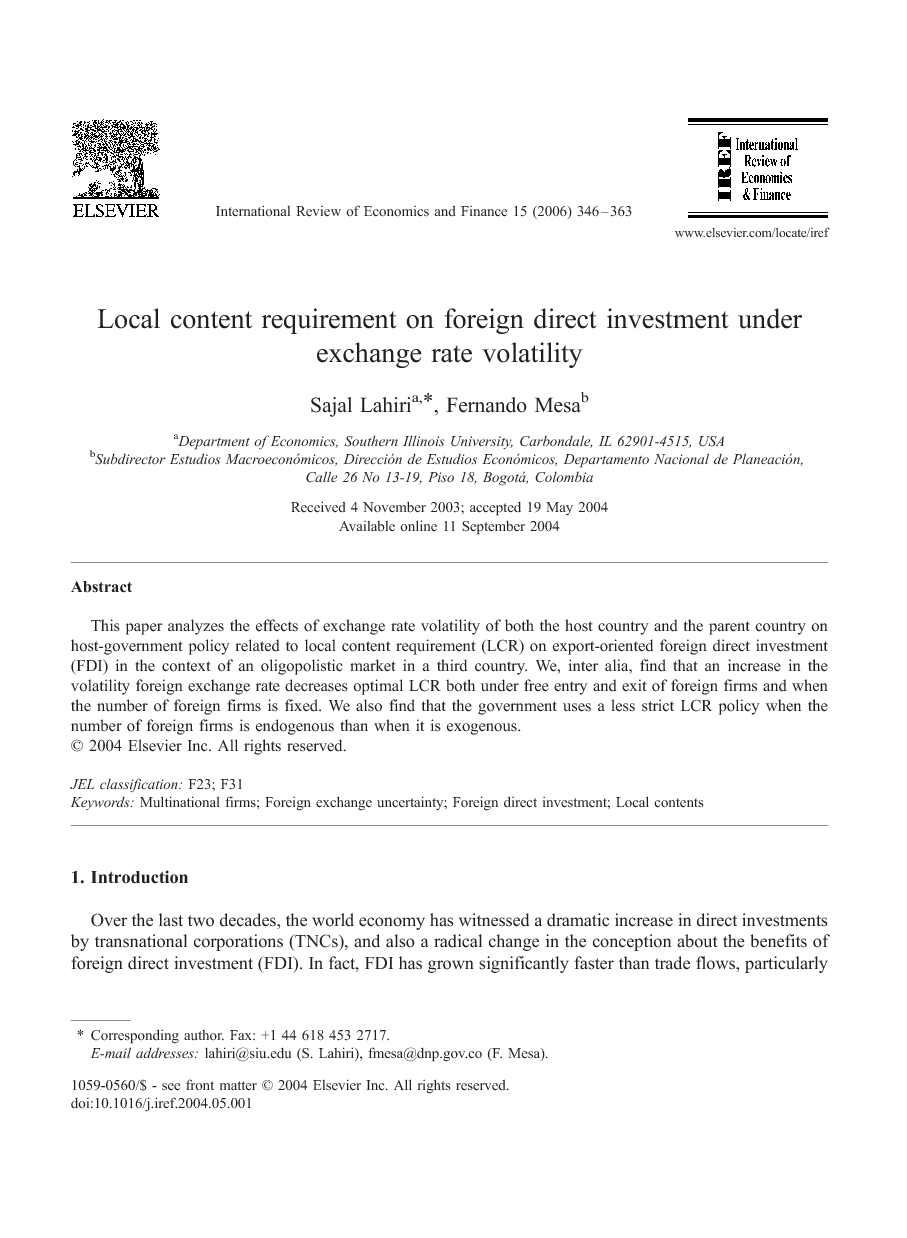 This paper analyzes the effects of exchange rate volatility of both the host country and the parent country on host-government policy related to local content requirement (LCR) on export-oriented foreign direct investment (FDI) in the context of an oligopolistic market in a third country. We, inter alia, find that an increase in the volatility foreign exchange rate decreases optimal LCR both under free entry and exit of foreign firms and when the number of foreign firms is fixed. We also find that the government uses a less strict LCR policy when the number of foreign firms is endogenous than when it is exogenous.