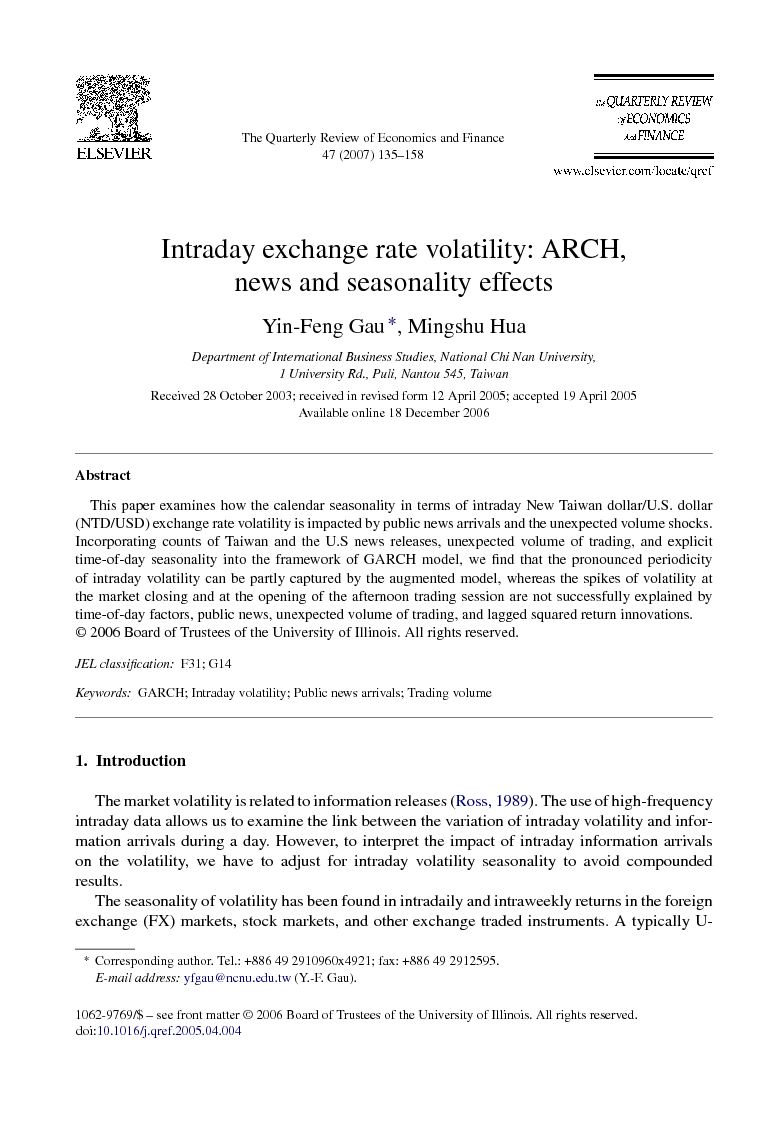 This paper examines how the calendar seasonality in terms of intraday New Taiwan dollar/U.S. dollar (NTD/USD) exchange rate volatility is impacted by public news arrivals and the unexpected volume shocks. Incorporating counts of Taiwan and the U.S news releases, unexpected volume of trading, and explicit time-of-day seasonality into the framework of GARCH model, we find that the pronounced periodicity of intraday volatility can be partly captured by the augmented model, whereas the spikes of volatility at the market closing and at the opening of the afternoon trading session are not successfully explained by time-of-day factors, public news, unexpected volume of trading, and lagged squared return innovations.