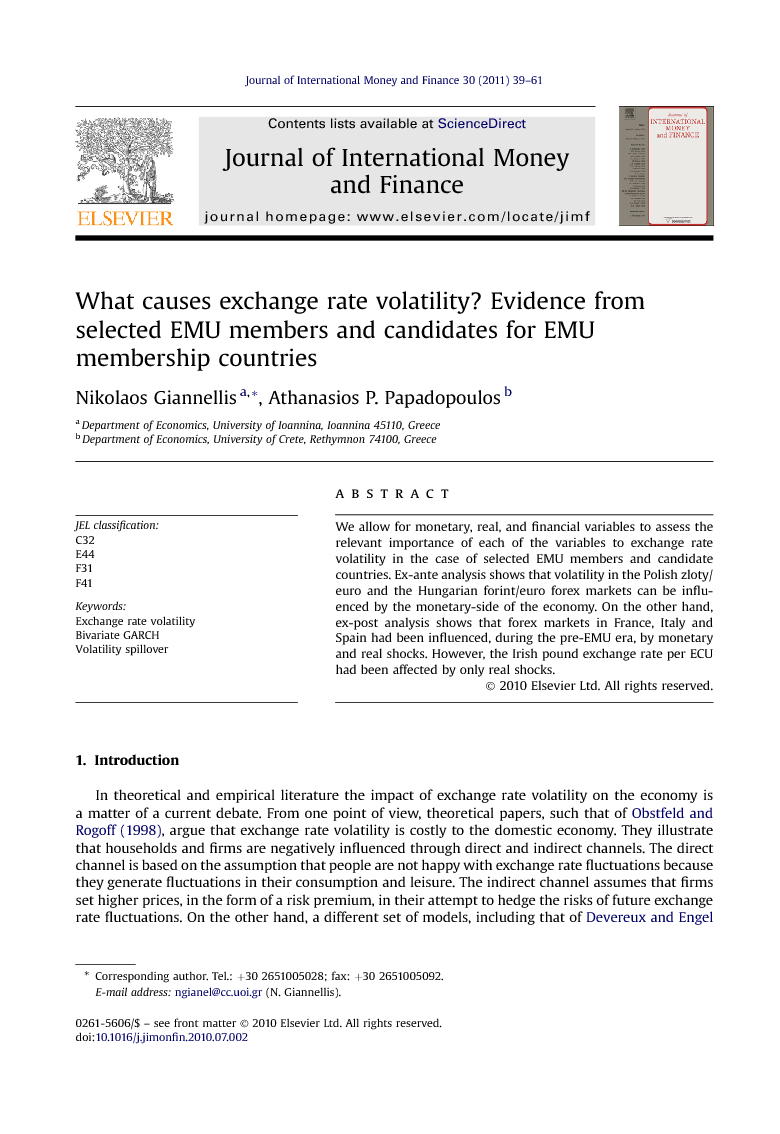 We allow for monetary, real, and financial variables to assess the relevant importance of each of the variables to exchange rate volatility in the case of selected EMU members and candidate countries. Ex-ante analysis shows that volatility in the Polish zloty/euro and the Hungarian forint/euro forex markets can be influenced by the monetary-side of the economy. On the other hand, ex-post analysis shows that forex markets in France, Italy and Spain had been influenced, during the pre-EMU era, by monetary and real shocks. However, the Irish pound exchange rate per ECU had been affected by only real shocks.