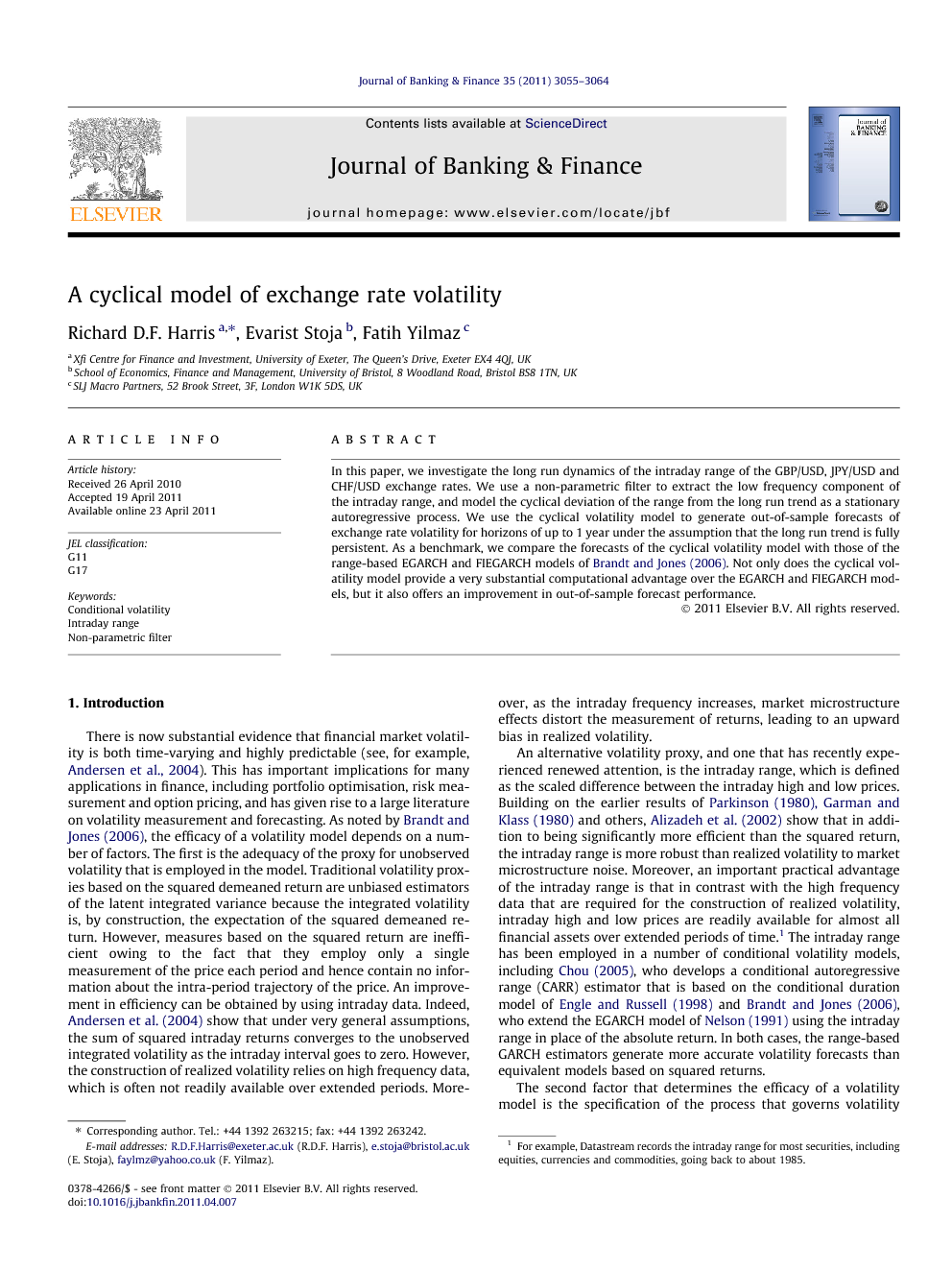 The fact that volatility comprises both a highly persistent component and a strongly stationary component has important implications for modelling and forecasting volatility over both short and long horizons. In this paper, we develop a simple yet effective model for forecasting volatility that is based on a decomposition of the intraday range measure of volatility into its trend and cycle components. Using a non-parametric filter, we are able to estimate the long run trend in volatility without having to specify its dynamics. Modelling the cyclical deviation of volatility from the long run trend as a simple autoregressive process then allows us to forecast volatility under the assumption that the trend component follows a random walk over the forecast horizon. We show that out-of-sample forecasts generated by the cyclical volatility model are able to explain a substantial fraction of the variation in actual volatility at horizons of up to 1 year. The model generally outperforms the range-based EGARCH and FIEGARCH models of Brandt and Jones (2006), in terms of both forecast accuracy and informational content. Owing to its simplicity, the cyclical volatility model also offers a very substantial computational advantage over the two-factor EGARCH model. Indeed, the estimation time for the cyclical volatility model was many orders of magnitude lower than for the EGARCH and FIEGARCH models. The results reported in this paper are based on the simplest possible specification both for the long run trend component (which we leave unspecified but assume to follow a random walk over the forecast horizon) and the cyclical component (which we assume to follow a first order autoregressive process). A natural line of further investigation would be to consider alternative specifications for these two components. Almost certainly, a higher order ARMA process would provide a better fit for the cyclical component in-sample, and consequently it would be interesting to establish whether this translates into an improvement in out-of-sample forecast performance. Similarly, in order to estimate the long run trend, we have employed ‘default’ values of the bandwidth parameters in the Hodrick–Prescott and Christiano–Fitzgerald filters, implicitly linking the trend in volatility to the business cycle. While this is perhaps a reasonable assumption, it is clear from the results reported above that these are not optimal values, and so it would be interesting to estimate these parameters from the data, perhaps allowing for time-variation in their optimal values. Moreover, while the random walk assumption for the long run trend provides a good approximation for short horizon forecasts, it becomes increasingly unrealistic as the forecast horizon increases since the long run trend, while highly persistent is nevertheless stationary and hence mean-reverting. Indeed, it would be natural to model the long run trend as a fractionally integrated process, which is consistent with the empirical behaviour of exchange rate volatility (see, for example, Kellard et al., 2010). A further avenue for future research would be to extend the cyclical volatility model to the multivariate setting.