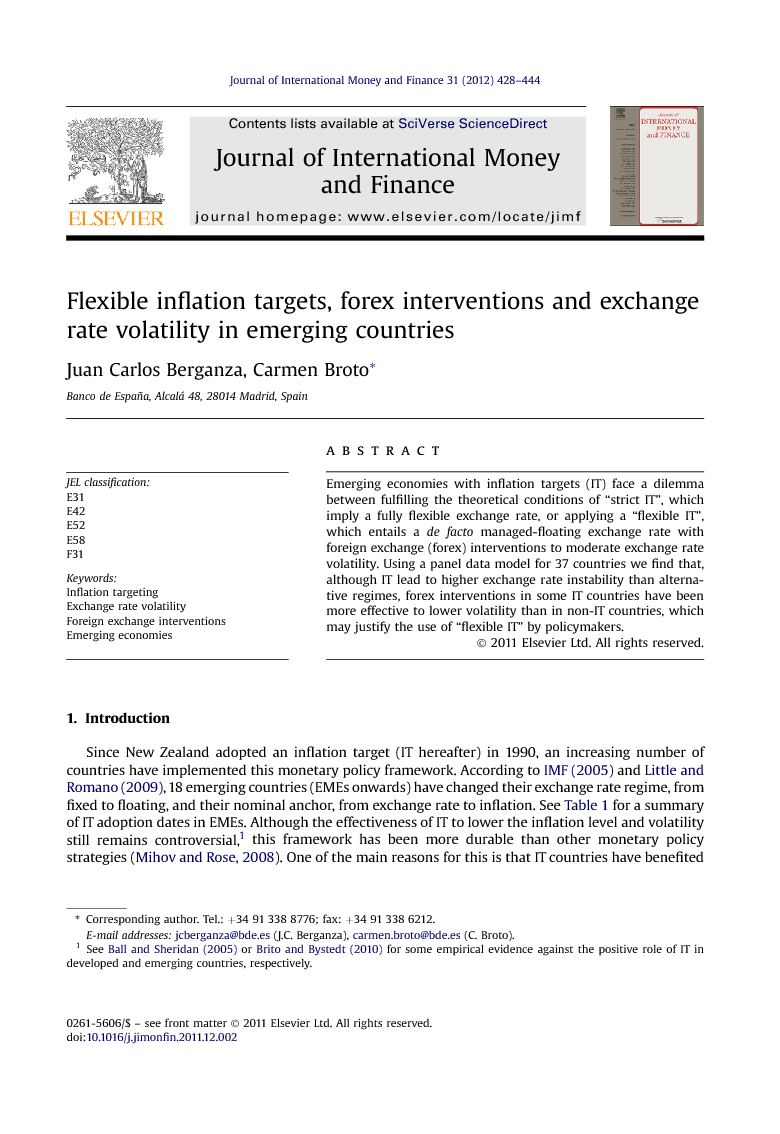 Emerging economies with inflation targets (IT) face a dilemma between fulfilling the theoretical conditions of “strict IT”, which imply a fully flexible exchange rate, or applying a “flexible IT”, which entails a de facto managed-floating exchange rate with foreign exchange (forex) interventions to moderate exchange rate volatility. Using a panel data model for 37 countries we find that, although IT lead to higher exchange rate instability than alternative regimes, forex interventions in some IT countries have been more effective to lower volatility than in non-IT countries, which may justify the use of “flexible IT” by policymakers.