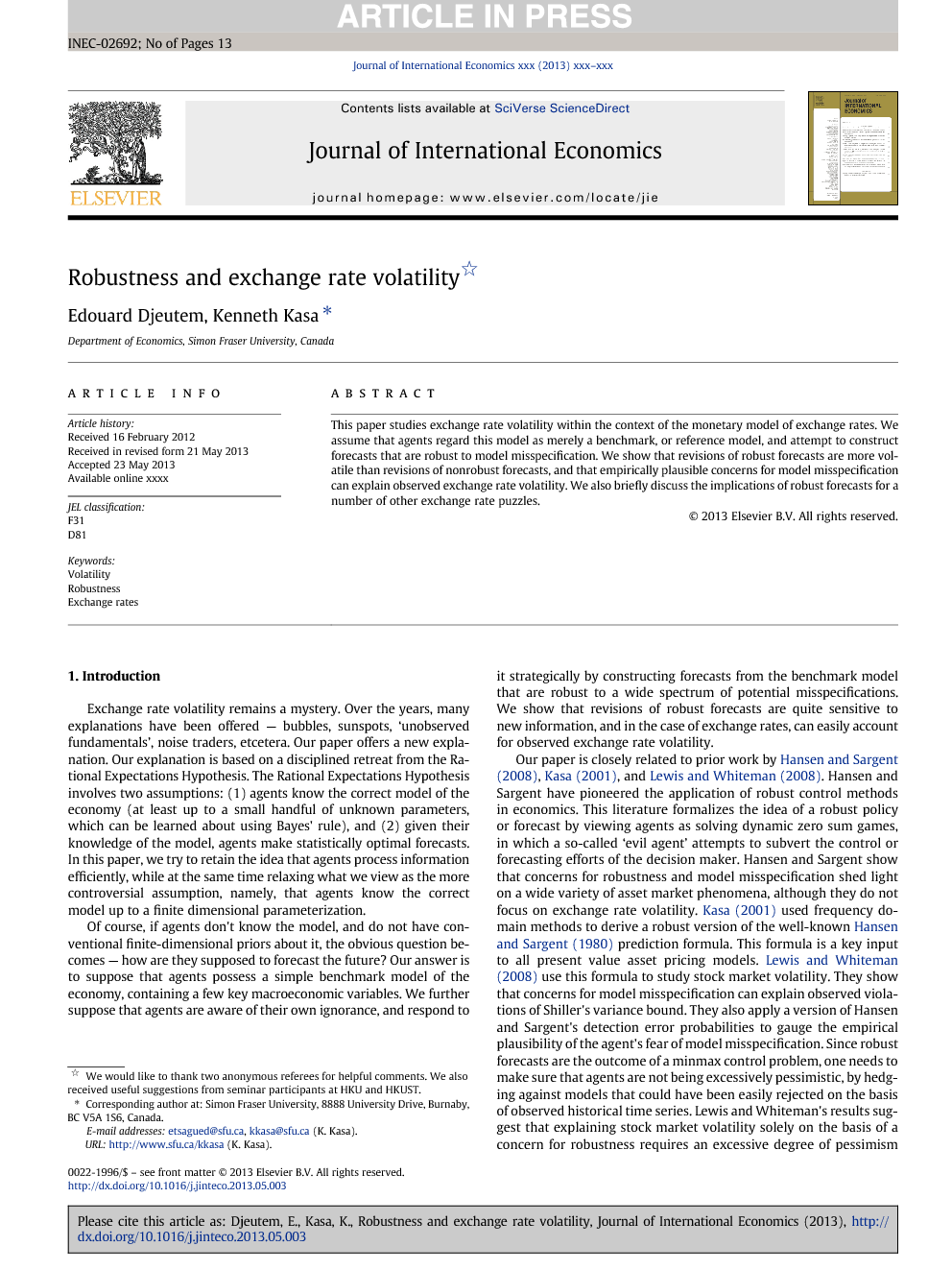 This paper has proposed a solution to the excess volatility puzzle in foreign exchange markets. Our solution is based on a disciplined retreat from the Rational Expectations Hypothesis. We abandon the assumption that agents know the correct model of the economy, while retaining a revised notion of statistically optimal forecasts. We show that an empirically plausible concern for robustness can explain observed exchange rate volatility, even in a relatively simple environment like the constant discount rate/flexible-price monetary model. Of course, there are many competing explanations already out there, so why is ours better? We think our approach represents a nice compromise between the two usual routes taken toward explaining exchange rate volatility. One obvious way to generate volatility is to assume the existence of bubbles, herds, or sunspots. Although these models retain the idea that agents make rational (self-fulfilling) forecasts, in our opinion they rely on an implausible degree of expectation coordination. Moreover, they are often not robust to minor changes in market structure or information. At the other end of the spectrum, many so-called ‘behavioral’ explanations have the virtue of not relying on strong coordination assumptions, but only resolve the puzzle by introducing rather drastic departures from conventional notions of optimality. As noted at the outset, our paper is closely related to Lewis and Whiteman (2008). They argue that robustness can explain observed US stock market volatility. However, they also find that if detection errors are based only on the agent's ability to discriminate between alternative models for the economy's exogenous dividend process, then implausibly small detection error probabilities are required. If instead detection errors are based on the agent's ability to discriminate between bivariate models of dividends and prices, then stock market volatility can be accounted for with reasonable detection errors. This is not at all surprising, since robustness delivers a substantially improved fit for prices. Interestingly, we find that even if detection errors are only based on the exogenous fundamental process, exchange rate volatility can be accounted for with reasonable detection error probabilities. Still, one could argue that they are a bit on the low side, so it might be a useful extension to apply the bivariate Lewis–Whiteman approach to computing detection error probabilities. We conjecture that this would only strengthen our results. A second useful extension would be to consider in more detail the links between robustness and other exchange rate puzzles. For example, while we have shown that robust forecasts can also explain the forward premium puzzle, it would be interesting to see to what extent both puzzles can be explained simultaneously.