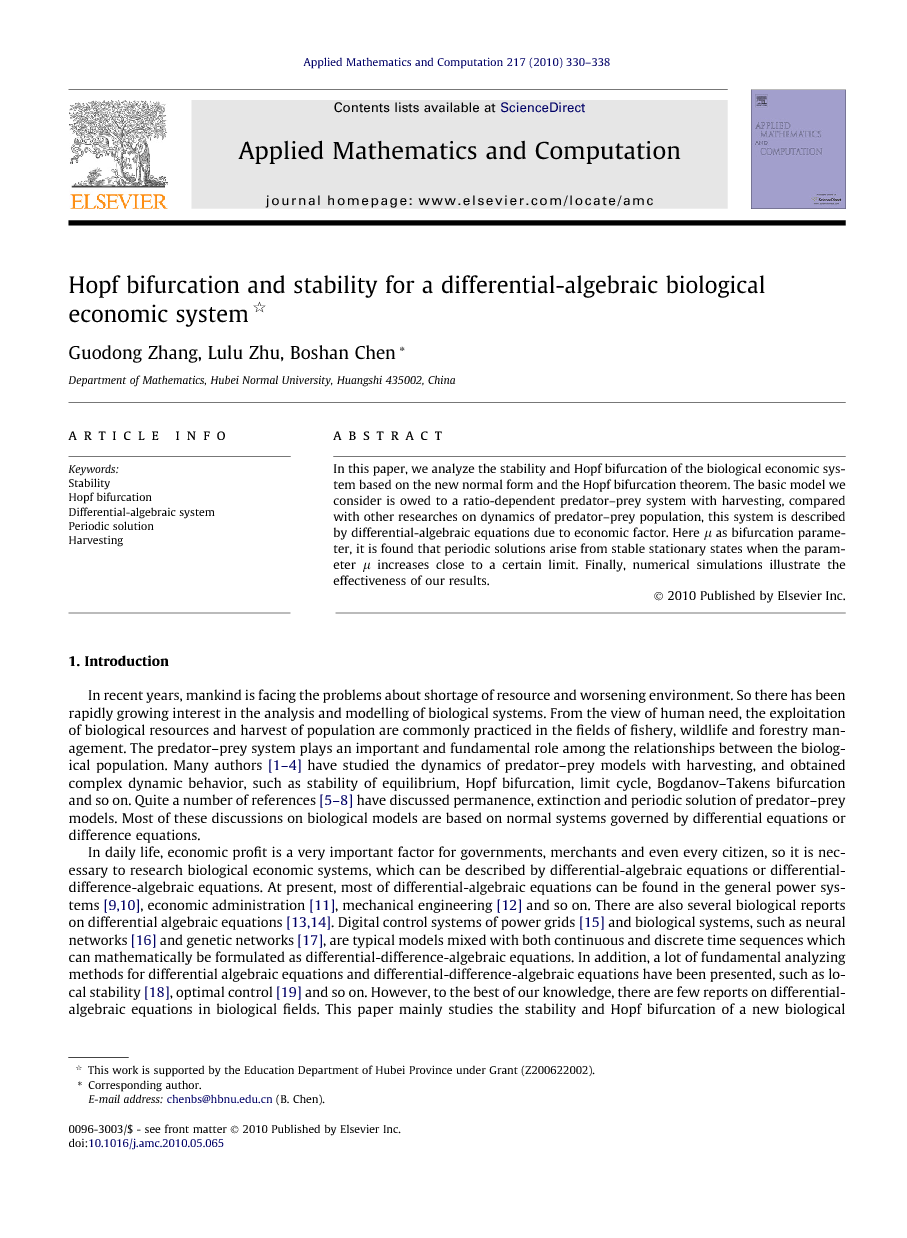 In this paper, we analyze the stability and Hopf bifurcation of the biological economic system based on the new normal form and the Hopf bifurcation theorem. The basic model we consider is owed to a ratio-dependent predator–prey system with harvesting, compared with other researches on dynamics of predator–prey population, this system is described by differential-algebraic equations due to economic factor. Here μ as bifurcation parameter, it is found that periodic solutions arise from stable stationary states when the parameter μ increases close to a certain limit. Finally, numerical simulations illustrate the effectiveness of our results.

From the above results, we can conclude that the stability properties of the system could switch with parameter μ that is incorporated on the economic profit in the differential-algebraic biological economic system (3). So the government ought to adjust revenue and draw out favorable policy to encourage or improve fishery or abating pollution, so that the population can be driven to steady states, which will contribute to the persistence and sustainable development of the prey-predator ecosystem. Based on the economic theory of Gordon, this paper regards both population (prey and predator) densities and the harvesting as variables, which are governed by differential equations and algebraic equations, and investigates the effects of economic profit on the dynamics of the prey-predator system. In addition, the paper provide a new and efficacious method for the qualitative analysis of the Hopf bifurcation of the differential-algebraic biological economic system. The method may be applied to or the other class of or some more complex nonlinear systems such as system (2) with non-selective harvesting and delay and so on. These issues will be the topics of future research.