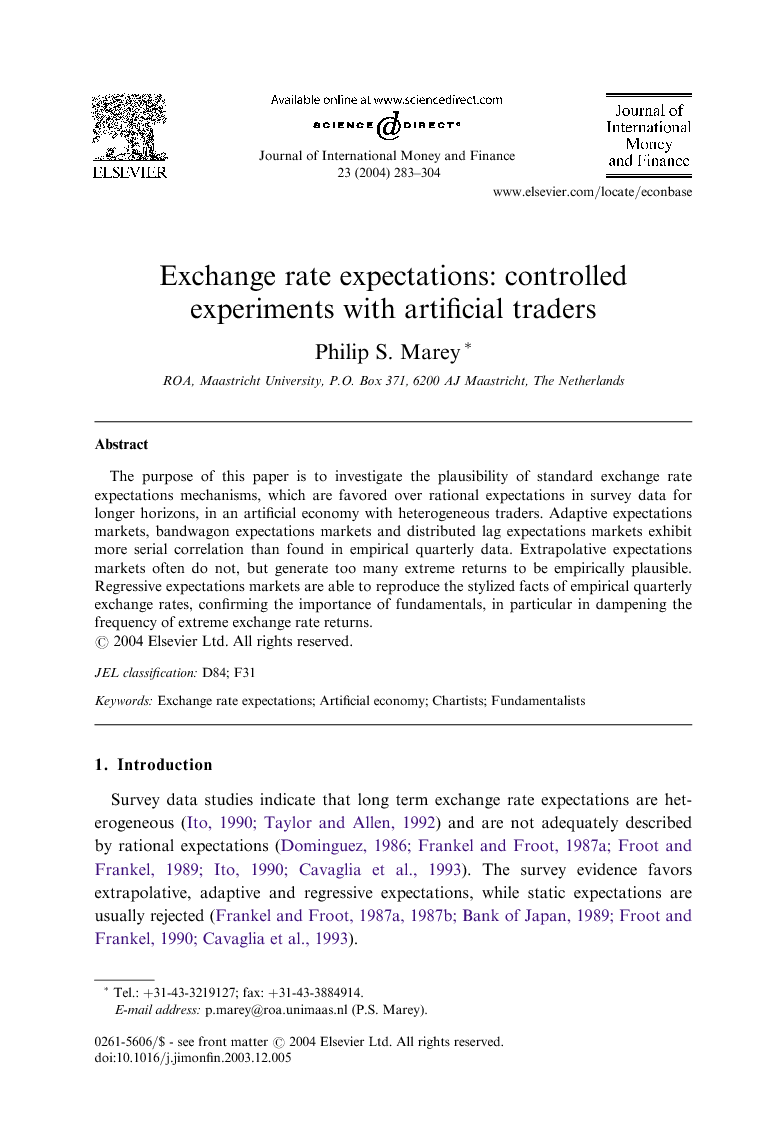 The simulations with the artificial foreign exchange market show that regressive expectations are the most plausible representation of quarterly exchange rate expectations, when compared with extrapolative, bandwagon, distributed lag and adaptive expectations. Bandwagon, distributed lag and adaptive expectations markets are rarely weak-form efficient. Extrapolative expectations markets, which consist of both bandwagon and distributed lag traders, are frequently weak-form efficient and free of volatility clusters, but generate too many extreme returns compared with empirical foreign exchange markets. The presence of an “anchor” seems to play an important role in the functioning of foreign exchange markets, limiting the frequency of extreme exchange rate returns. This is confirmed by experiments with hybrid expectations mechanisms: while markets consisting of traders with purely extrapolative expectations generate excessive tail fatness, markets with traders who combine technical information with fundamentals are able to reproduce the stylized facts. When we allow traders to adjust their expectations parameters in response to poor investment performance, and even replace them in case of continued negative wealth, the importance of fundamentals is confirmed, while learning with respect to the extrapolative component is closely associated with the near-martingale property of exchange rates. However, this paper shows that the stylized facts of quarterly exchange rate time series can already be replicated in a relatively simple regressive expectations market. It turns out that neither learning and evolution nor the co-existence of chartism and fundamentalism is a necessary condition. This illustrates an important principle in agent-based computational finance: emerging patterns are best understood at the minimum level of complexity at which they are generated.