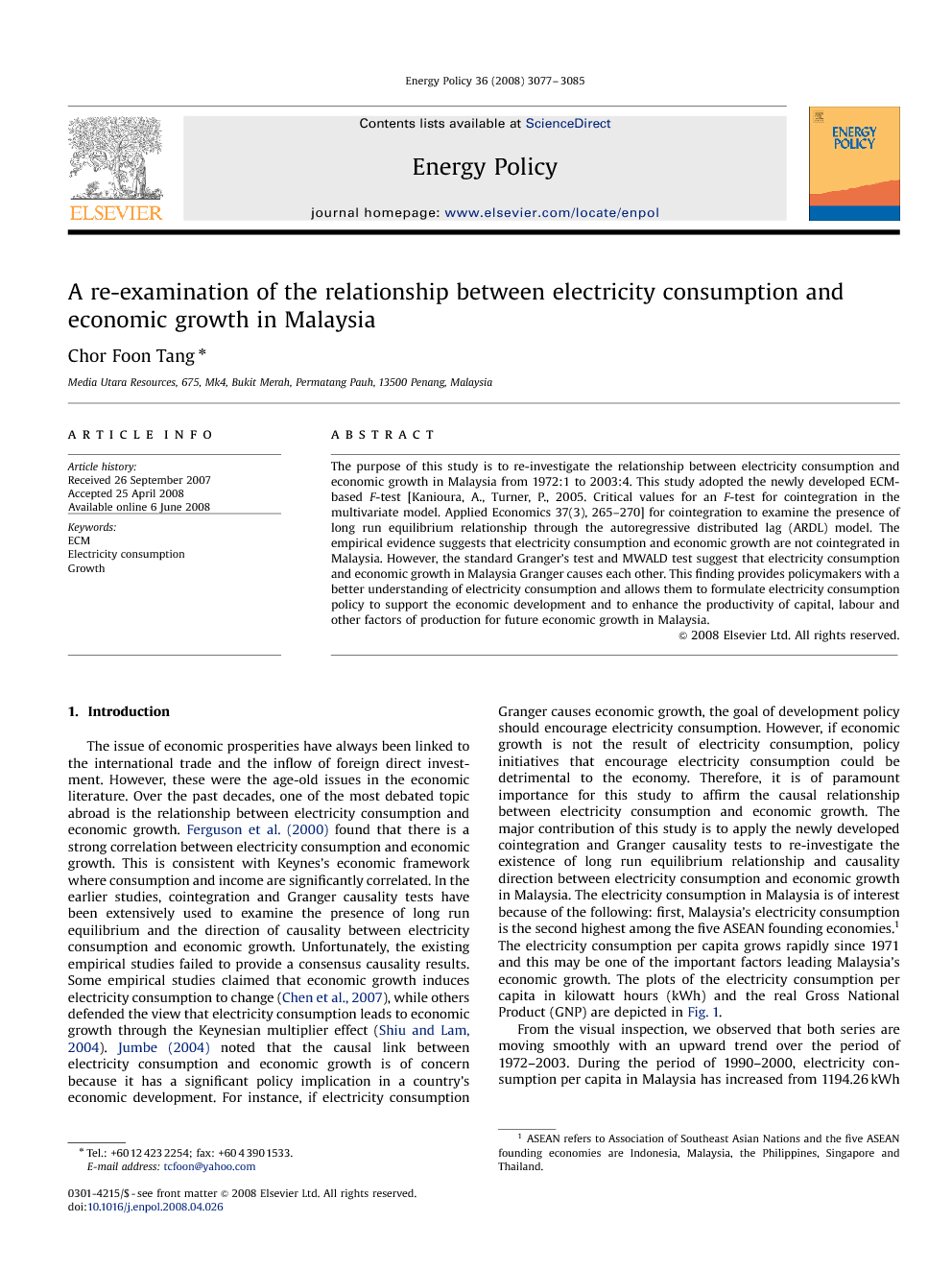 The intention of this study is to re-investigate the role of electricity consumption on economic growth in Malaysia over the period of 1972:1–2003:4. Due to the finite sample size problem, this study adopted the Gandolfo (1981) interpolation technique to derive the quarterly data from the existing annual raw data. An interesting finding from this study is that the increased data frequency did not improve the cointegration result. This is in line with Hakkio and Rush (1991) findings that conceptually cointegration is a long run phenomenon and by merely increasing the data frequency, it will not alter the cointegration result. Therefore, the findings of this study suggest that electricity consumption and economic growth are not moving together in the long run. However, the standard Granger's and MWALD tests reported bilateral causality evidences between electricity consumption and economic growth in Malaysia. These imply that electricity consumption is an important element for Malaysia's economic development as Malaysia is an energy-dependent country. This high demand of electricity is parallel with Malaysia's economic policy toward the vision of becoming an industrialised and developed country in the year 2020. Therefore, sufficient supply of electricity is required to support the industrial development and to enhance the productivity of capital, labour and other factors of production. In view of policy implication, the findings of this study suggest that electricity consumption played an important role in economic development. Therefore, policies to manage the supply of electricity are required to ensure that the electricity is sufficient to support Malaysia's economic development. In addition to that, the Ministry of Water, Energy and Communications department should continue to explore new resources and expand the electricity supply via hydroelectricity power station in Malaysia because it is environmental friendly, renewable, cost-effective and stable compared with fossil fuel.