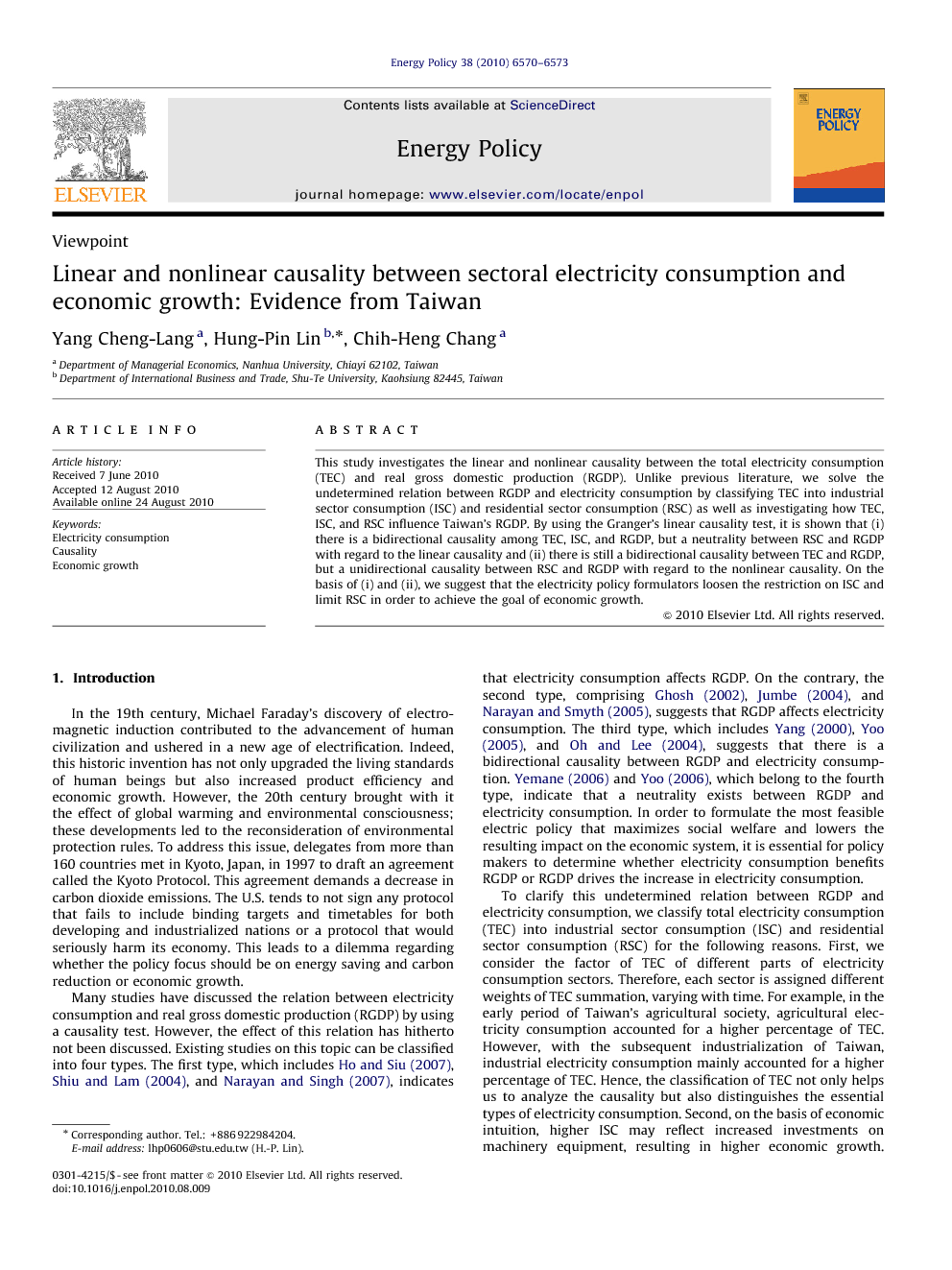 In contrast to previous studies, this study classifies TEC into ISC and RSC and investigates the nonlinear and linear causality between TEC and GDP. The linear causality test results indicate that there is a feedback effect between ISC and RGDP, but a neutrality exists between RSC and RGDP. Furthermore, we use the nonlinear causality test suggested by Hiemstra and Jones (1994) to test the possibility of nonlinear causality among variables. The empirical results reveal that there is a bidirectional causality between TEC and RGDP; however, RSC is still affected by RGDP. Ho and Siu (2007) propose that a higher level of income and saving may lead to higher consumption of durable goods. For example, higher electricity consumption by residential appliances such as televisions and refrigerators may lead to higher household electricity consumption. On the basis of the empirical results, we are inclined to put forth two perspectives. First, from the perspective of the electricity consumption policy, increasing electricity demands, and the tendency toward energy saving and carbon reduction for solving the problem of global warming, the government authorities should take measures to promote the use of non-polluting substitutive energy or power-generating methods that reduce carbon emission. Considering the geographical environment in Taiwan, power generation using renewable resources such as water, wind, or solar energy as a replacement for generators running on fuel is feasible. Second, from the perspective of economic growth by examining the electricity consumption policy, the feasible way in this paper is to expand the electricity consumption in the industrial sector. Recently, Arun (2008), Oikonomou et al. (2009), and Yang (2010) agree that the energy efficiency in industry favors the gains in competitiveness, brings more productivity as well as indirect benefits to economic growth. Hence an alternative way such as energy efficiency to achieve the economic growth is worth mentioning. In addition, the policy of energy saving in the residential sector is practical, for example, charging different rates for electricity overconsumption or subsidizing low electricity consumption.