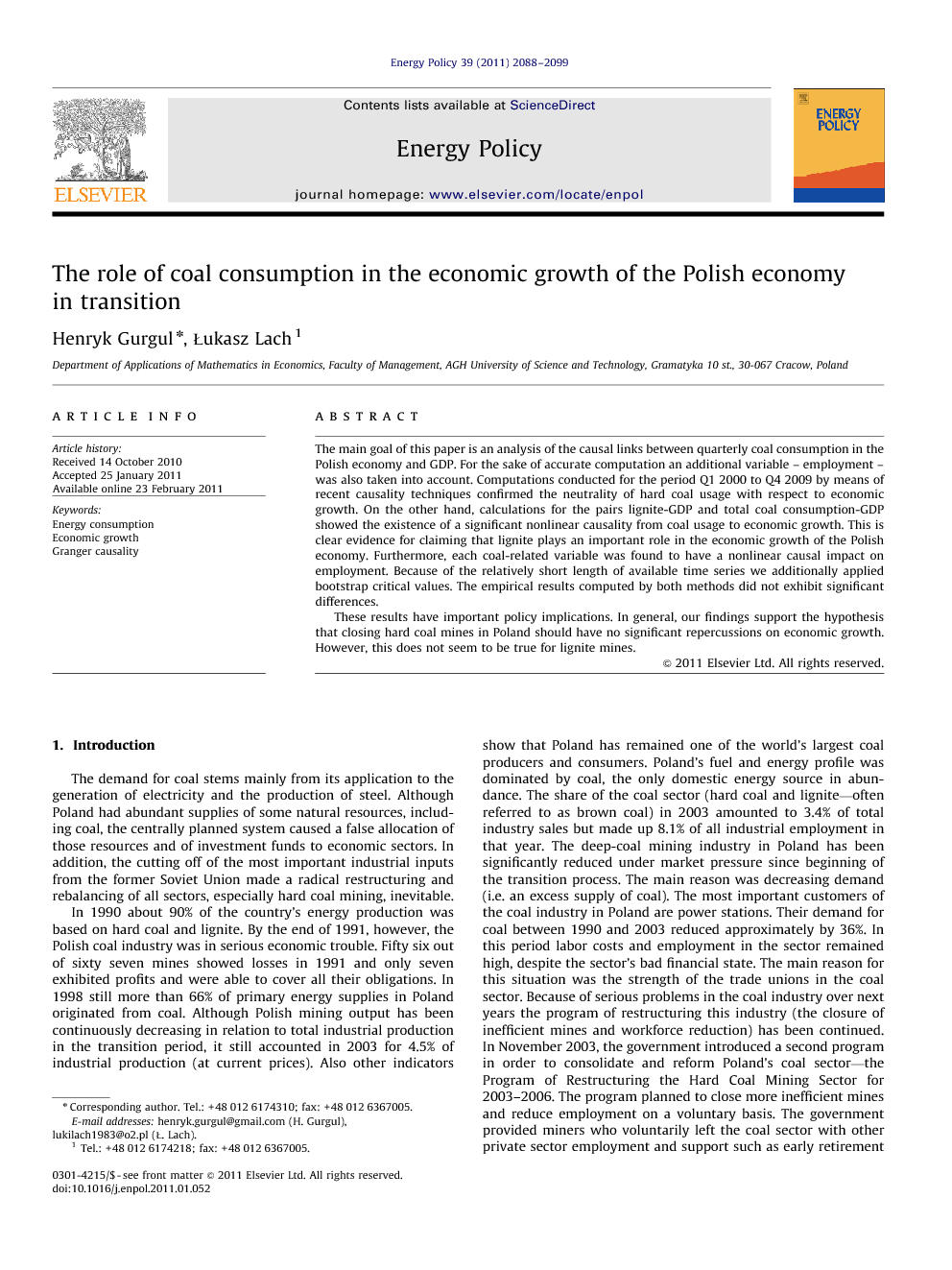 The main goal of this paper is an analysis of the causal links between quarterly coal consumption in the Polish economy and GDP. For the sake of accurate computation an additional variable – employment – was also taken into account. Computations conducted for the period Q1 2000 to Q4 2009 by means of recent causality techniques confirmed the neutrality of hard coal usage with respect to economic growth. On the other hand, calculations for the pairs lignite-GDP and total coal consumption-GDP showed the existence of a significant nonlinear causality from coal usage to economic growth. This is clear evidence for claiming that lignite plays an important role in the economic growth of the Polish economy. Furthermore, each coal-related variable was found to have a nonlinear causal impact on employment. Because of the relatively short length of available time series we additionally applied bootstrap critical values. The empirical results computed by both methods did not exhibit significant differences. These results have important policy implications. In general, our findings support the hypothesis that closing hard coal mines in Poland should have no significant repercussions on economic growth. However, this does not seem to be true for lignite mines.