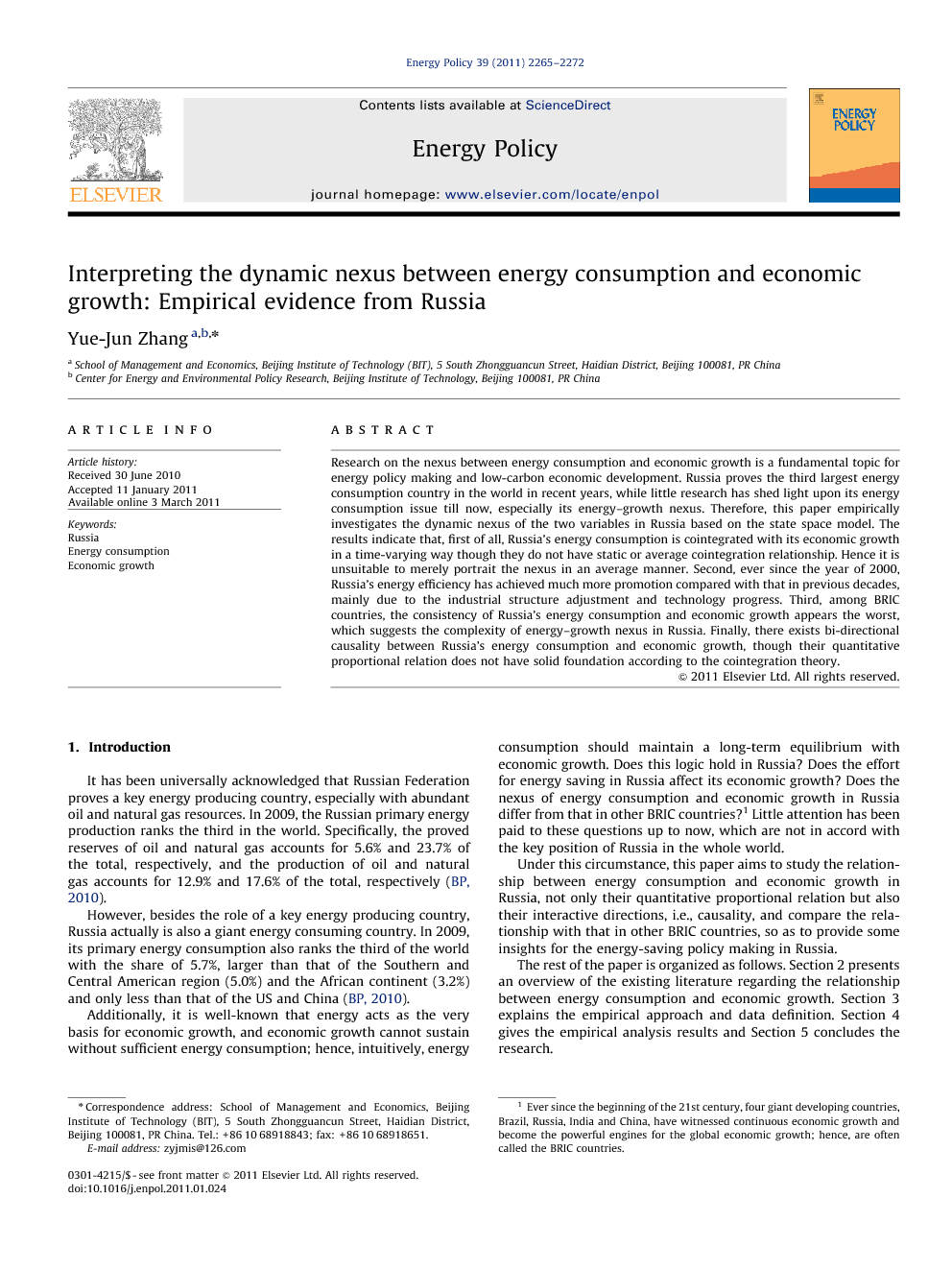 From the discussions above, we may see that the state space model appears more suitable for capturing the dynamic nexus of Russia's energy consumption and economic growth, while the traditional constant parameter model may cause spurious regression and proves insufficient to describe the complexity between the two variables. To sum up, some findings and policy implications are identified as follows. First of all, Russia's energy consumption is cointegrated with its economic growth in a time-varying way though they do not have static or average cointegration relationship. Hence it is unsuitable to merely portrait the nexus in an average manner. Specifically, from 1970 to 2008, Russia's energy–growth nexus experiences a sharp decline in the former Soviet Union period and then sees a steady increase, followed by a gradual decline, which reflects the energy efficiency evolution in Russia and is in accord with its industrial structure adjustment. Second, ever since the year of 2000, Russia's economy has witnessed a recovery growth, and the government has started to take effective measures to curb energy intensity and reduce carbon emissions. As a result, the energy efficiency in the country has achieved much promotion. Behind the fact, two important drivers, among others, are identified, i.e., the increase of fiscal revenue resulting from oil and natural gas price hikes provides solid foundation for advanced energy-saving technology investment and the share of Services increases a lot compared with that in the previous decades. Third, compared with other BRIC countries, the consistency of Russia's energy consumption and economic growth appears the worst. This also indicates the complexity of energy–growth nexus and energy saving policy making in Russia. Finally, there exists bi-directional causality between Russia's energy consumption and economic growth, though their average quantitative proportional relation does not have solid foundation according to the traditional cointegration theory. These features can be adopted when energy-saving policies are made. As for the future work, to our knowledge, since Russia has signed the Kyoto Protocol in 2004, and as a large country for energy consumption, its global responsibility for energy saving and carbon emission reduction have become a heated topic all over the world, therefore research on the energy-saving modes and potential as well as the low-carbon development path in Russia should be important directions in the future.