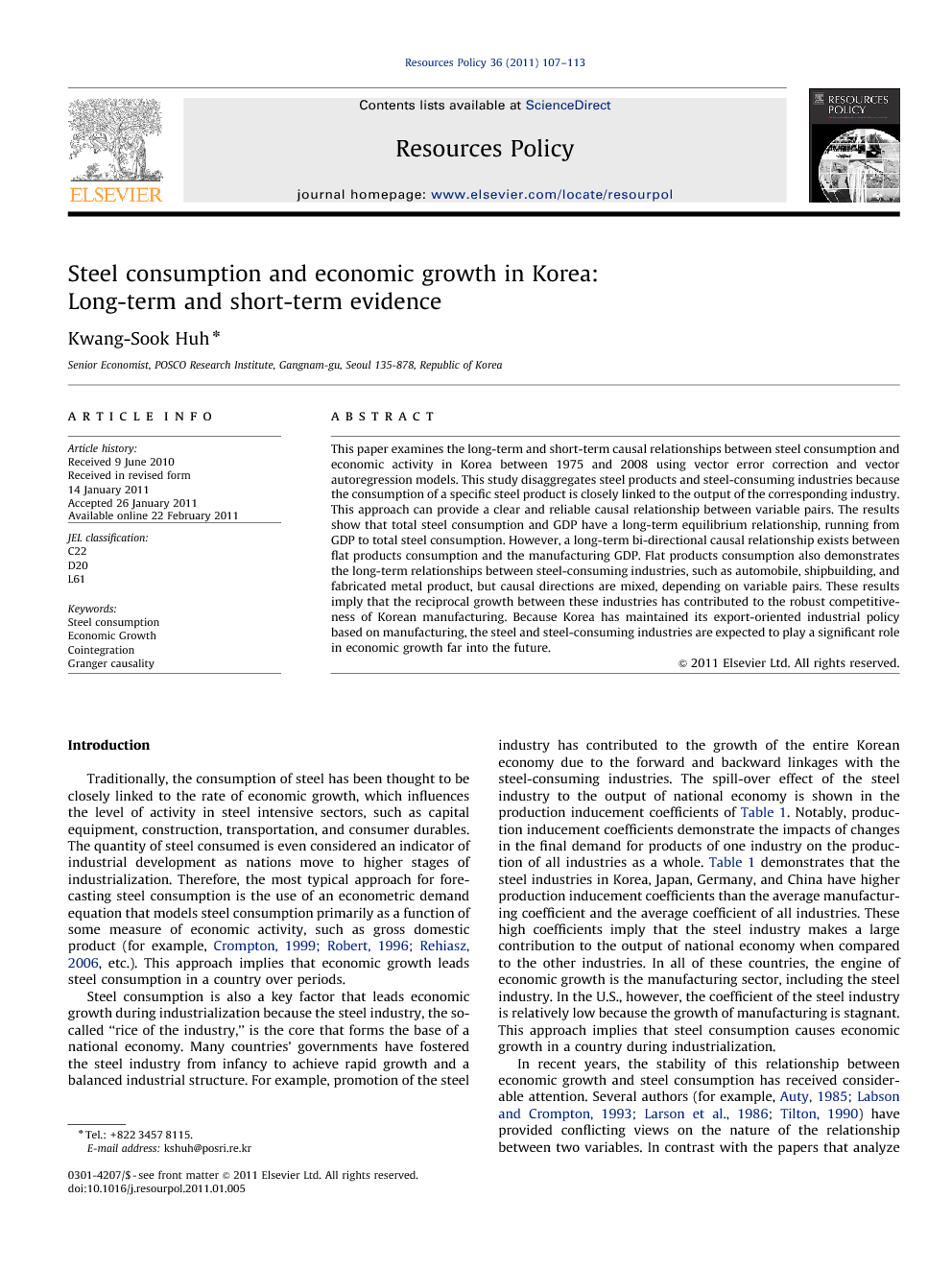 This paper examines the long-term and short-term causal relationships between steel consumption and economic activity in Korea between 1975 and 2008 using vector error correction and vector autoregression models. This study disaggregates steel products and steel-consuming industries because the consumption of a specific steel product is closely linked to the output of the corresponding industry. This approach can provide a clear and reliable causal relationship between variable pairs. The results show that total steel consumption and GDP have a long-term equilibrium relationship, running from GDP to total steel consumption. However, a long-term bi-directional causal relationship exists between flat products consumption and the manufacturing GDP. Flat products consumption also demonstrates the long-term relationships between steel-consuming industries, such as automobile, shipbuilding, and fabricated metal product, but causal directions are mixed, depending on variable pairs. These results imply that the reciprocal growth between these industries has contributed to the robust competitiveness of Korean manufacturing. Because Korea has maintained its export-oriented industrial policy based on manufacturing, the steel and steel-consuming industries are expected to play a significant role in economic growth far into the future.