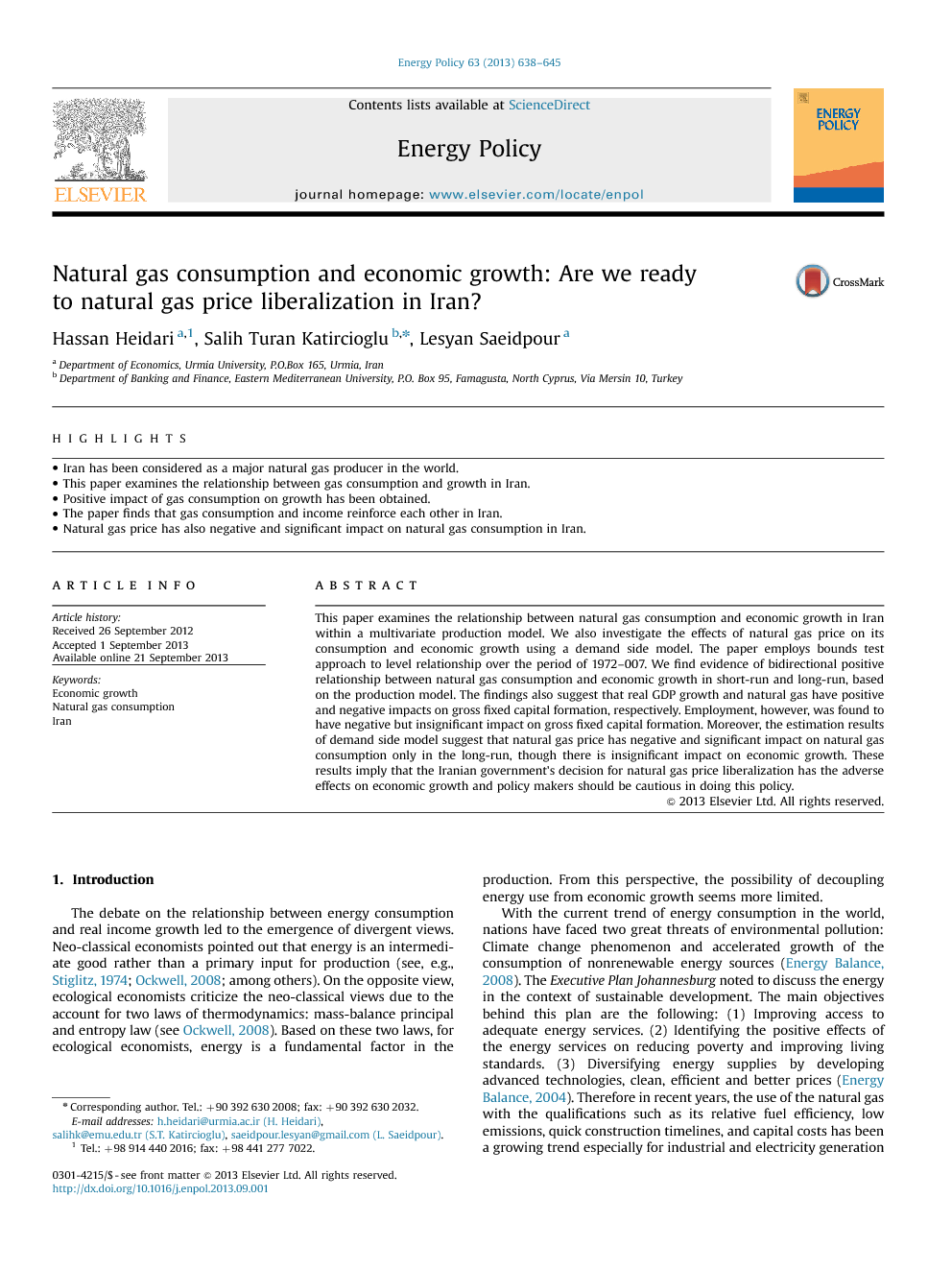 The aim of this paper is to examine how technology, processes of input substitution, and changes in final demand, all of which underlie economic growth, influence water consumption. This analysis is undertaken for Spain during a significant socio-economic period, from 1980, the beginning of the democratic era, to 2007, the onset of the current economic crisis. To this end, we construct water consumption series linked to a time series of input–output tables generated for the Spanish economy, and we develop a structural decomposition analysis to study mainly changes in water consumption embodied in final demand. We find that the growth in Spanish demand (all other things being constant) would have implied an increase in water consumption almost three times the growth actually observed. However, this demand effect is largely offset by technology and intensity effects, mainly due to changes in agricultural crops. Given the importance of the demand growth, the final demand effect is also analyzed in detail, broken down by categories as well as level and composition. Household demand and the increase of exports appear as key explicative factors.

The objective of this paper has been to provide some insights into the evolution of water consumption in the Spanish economy during an interesting period, 1980 to 2007. Our results reveal that water consumption during these years grew by 18,047 hm3, a large enough figure in itself, but one that acquires its true dimensions when compared to the Spanish population. The population of Spain in 2007 was 44.873 million and the figure represents an increase in consumption of around 402 hm3 per million people, or 14,888 l per person in each of the 27 years studied. This synthetic number shows that the Spanish economy has evolved towards a more water-intensive society, without compelling evidence of changes in this trend. Demand growth has been the main factor driving the increase in water consumption growth, and household demand and increased exports are key factors in this. Changes in consumption patterns, a significant growth of per capita income, better opportunities for Spanish products abroad, tourism development, construction and infrastructure development have all played their part. Improvements in production technologies and not only in agriculture, have contributed in the opposite direction, pushing reductions in water consumption, especially in agricultural and livestock goods sold to the final consumer and other sectors (e.g. hotels and restaurants). Without reductions through crop-intensity and other changes in the production structure, water consumption could have increased more than four times the real increase. Imports have also pushed reductions, saving water through the inputs — substitution process, thus avoiding an even greater pressure on domestic water resources. As for the limitations of our analysis, we believe that they serve to point to a natural extension of our work. First, throughout our study, we have side-stepped certain important issues in Spain, such as the role of rain-fed agriculture and irrigation, the modernization of irrigation systems and the recycling of water from agricultural and industrial uses. Although some of these issues lie behind the changes we have discussed, they have not been considered directly in our model. Second, foreign trade and the domestic consumption of agricultural and food products are key to understanding the evolution of the agrarian sector and its consequences for water demand. Consequently, a more detailed analysis of water embodied in current international flows, and a more in-depth study of household consumption by different economic and social groups may help in identifying future trends in water consumption. Finally, Spain is immersed in an economic crisis without precedent that, without doubt, will lead to a different production and consumption schema. To design scenarios of economic and sustainable growth, in which water resources and other pressures on the environment are taken into account, is not only a scientific challenge, but also a responsibility to society.