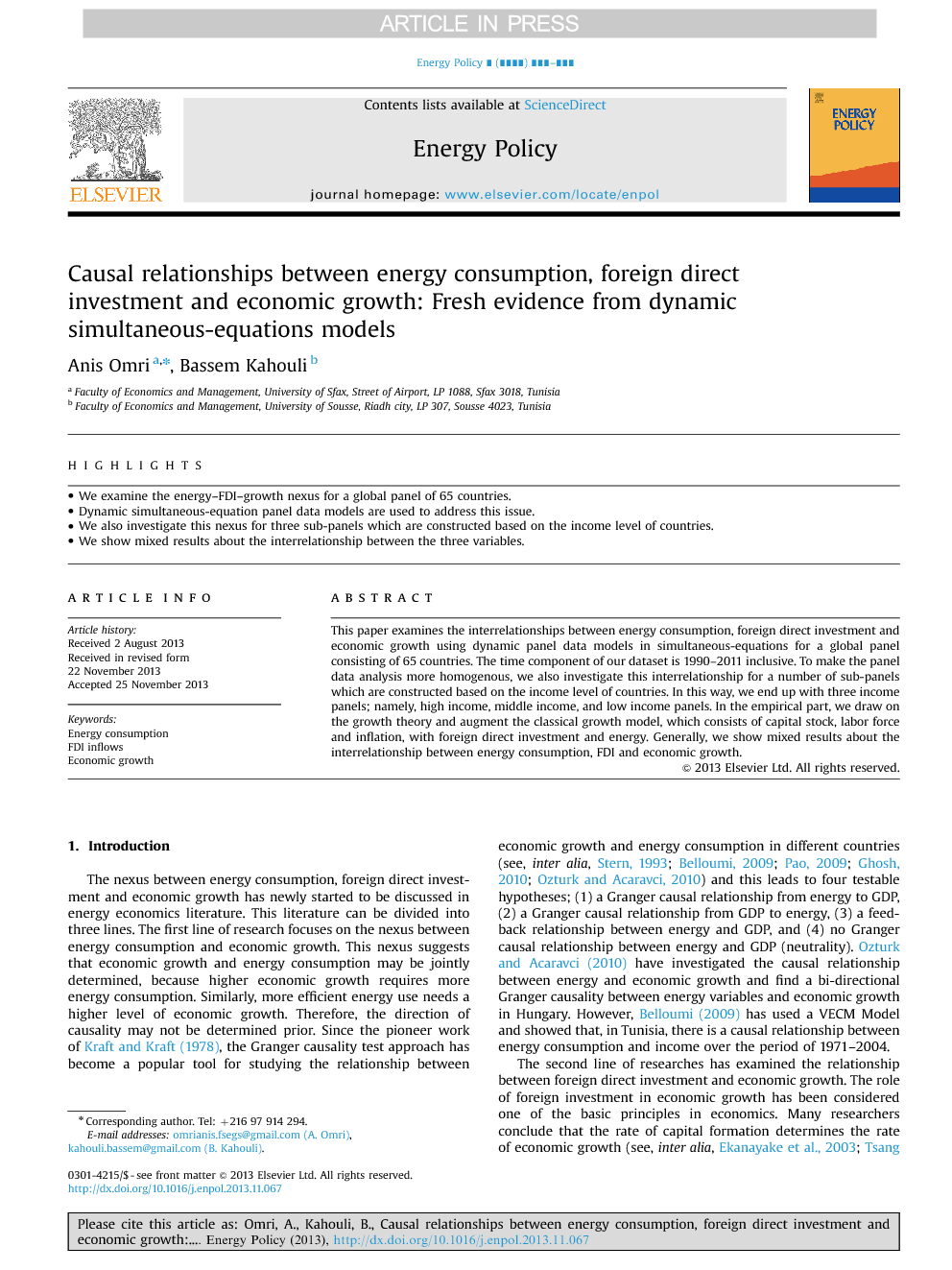 This paper examines the interrelationships between energy consumption, foreign direct investment and economic growth using dynamic panel data models in simultaneous-equations for a global panel consisting of 65 countries. The time component of our dataset is 1990–2011 inclusive. To make the panel data analysis more homogenous, we also investigate this interrelationship for a number of sub-panels which are constructed based on the income level of countries. In this way, we end up with three income panels; namely, high income, middle income, and low income panels. In the empirical part, we draw on the growth theory and augment the classical growth model, which consists of capital stock, labor force and inflation, with foreign direct investment and energy. Generally, we show mixed results about the interrelationship between energy consumption, FDI and economic growth.