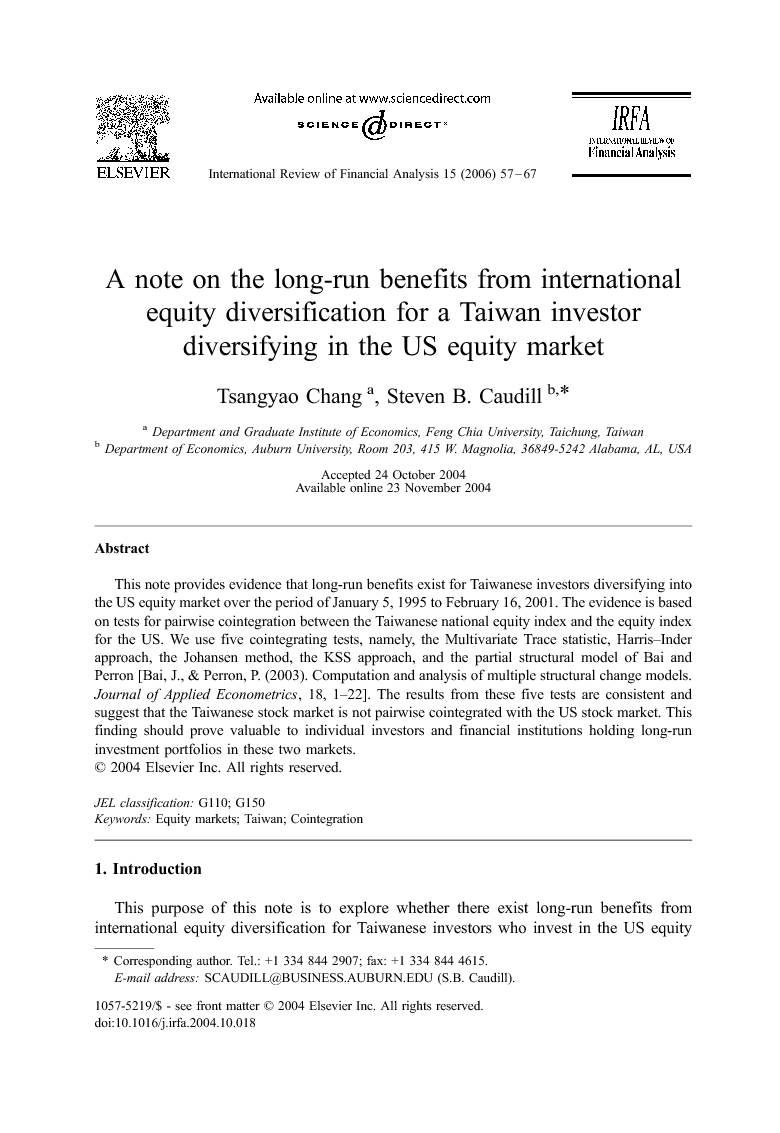 In this paper, we propose to identify the dependence structure that exists between returns on equity and commodity futures and its development over the past 20 years. The key point is that we do not impose any dependence structure, but let the data select it. To do so, we model the dependence between commodity (metal, agriculture and energy) and stock markets using a flexible approach that allows us to investigate whether the co-movement is: (i) symmetrical and frequent, (ii) (a) symmetrical and mostly present during extreme events and (iii) asymmetrical and mostly present during extreme events. We also allow for this dependence to be time-varying from January 1990 to February 2012. Our analysis uncovers three major stylised facts. First, we find that the dependence between commodity and stock markets is time-varying, symmetrical and occurs most of the time (as opposed to mostly during extreme events). Second, not allowing for time-varying parameters in the dependence distribution generates a bias towards an evidence of tail dependence. Similarly, considering only tail dependence may lead to false evidence of asymmetry. Third, a growing co-movement between industrial metals and equity markets is identified as early as 2003; this co-movement spreads to all commodity classes and becomes unambiguously stronger with the global financial crisis after Fall 2008.

This purpose of this note is to explore whether there exist long-run benefits from international equity diversification for Taiwanese investors who invest in the US equity market. To explore this issue, recent empirical studies have employed cointegration techniques to investigate whether there exist such long-run benefits from international equity diversification (see Arshanapalli & Doukas, 1993, Arshanapalli et al., 1995, Chan et al., 1992, Chowdhury, 1994, Kanas, 1998a, Kanas, 1998b, Kanas, 1999, Kasa, 1992, Kwan et al., 1995, Masih & Masih, 1997, Roger, 1994 and Taylor & Tonks, 1989). According to these studies, asset prices from two different efficient markets cannot be cointegrated. If a pair of stock prices is cointegrated, then one stock price can be forecast from the other stock price. If that is the case, there are no gains from portfolio diversification. Here, we examine this issue for the US and Taiwanese equity markets. We use five tests for cointegration: the Multivariate Trace statistic, the Harris–Inder approach, the Johansen method, the KSS approach, and the partial structural model of Bai and Perron (2003). The results from all five tests suggest that the Taiwanese market is not pairwise-cointegrated with the US equity market during the period from January 5, 1995 to February 16, 2001. Our finding of no cointegration can be interpreted as evidence that there is no long-run linkage between the Taiwanese and the US markets, and thus, there exist potential gains for Taiwan investors from diversifying in the US equity markets or vice versa. This result should prove valuable to individual investors and financial institutions. The main reason for us to choose these two markets is that there exists strong international trade-ties between Taiwan and the US. For the year 2002, the share of Taiwan exports to the US was 20.5% and the share of Taiwan imports from the US was 24.2%, respectively (see Table 1). For the year 2002, Taiwan ranks as the eighth largest trading partner for the US.

This note has provided evidence for the presence of long-run benefits for Taiwanese investors diversifying in the equity market of the US over the period of January 5, 1995 to February 16, 2001. The evidence is based on tests for pairwise cointegration between the Taiwanese national equity index and the equity index for the US. We employ the Multivariate Trace statistic, the Harris–Inder approach, the Johansen method, the KSS approach, and the partial structural change model of Bai and Perron (2003). The results from these five tests are consistent with the hypothesis that the Taiwanese stock market is not pairwise-cointegrated with the US stock market. This finding could prove valuable to individual investors and financial institutions holding long-run investment portfolios in these two equity markets.