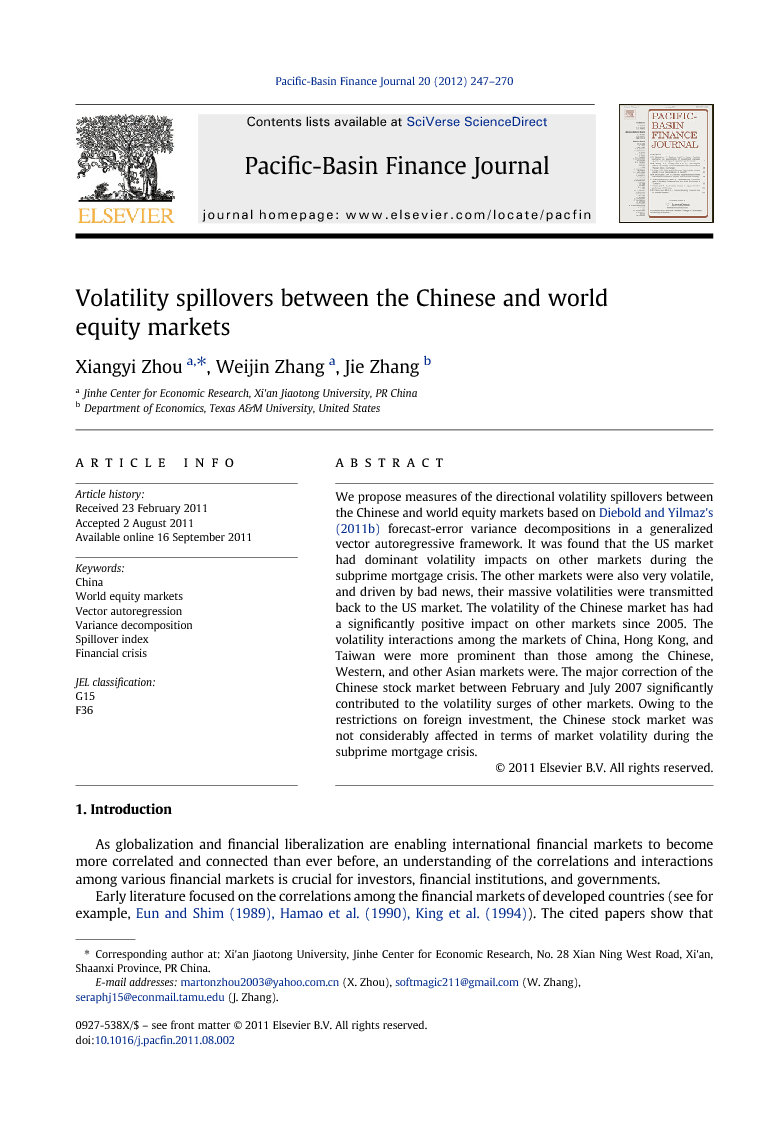 We propose measures of the directional volatility spillovers between the Chinese and world equity markets based on Diebold and Yilmaz's (2011b) forecast-error variance decompositions in a generalized vector autoregressive framework. It was found that the US market had dominant volatility impacts on other markets during the subprime mortgage crisis. The other markets were also very volatile, and driven by bad news, their massive volatilities were transmitted back to the US market. The volatility of the Chinese market has had a significantly positive impact on other markets since 2005. The volatility interactions among the markets of China, Hong Kong, and Taiwan were more prominent than those among the Chinese, Western, and other Asian markets were. The major correction of the Chinese stock market between February and July 2007 significantly contributed to the volatility surges of other markets. Owing to the restrictions on foreign investment, the Chinese stock market was not considerably affected in terms of market volatility during the subprime mortgage crisis.