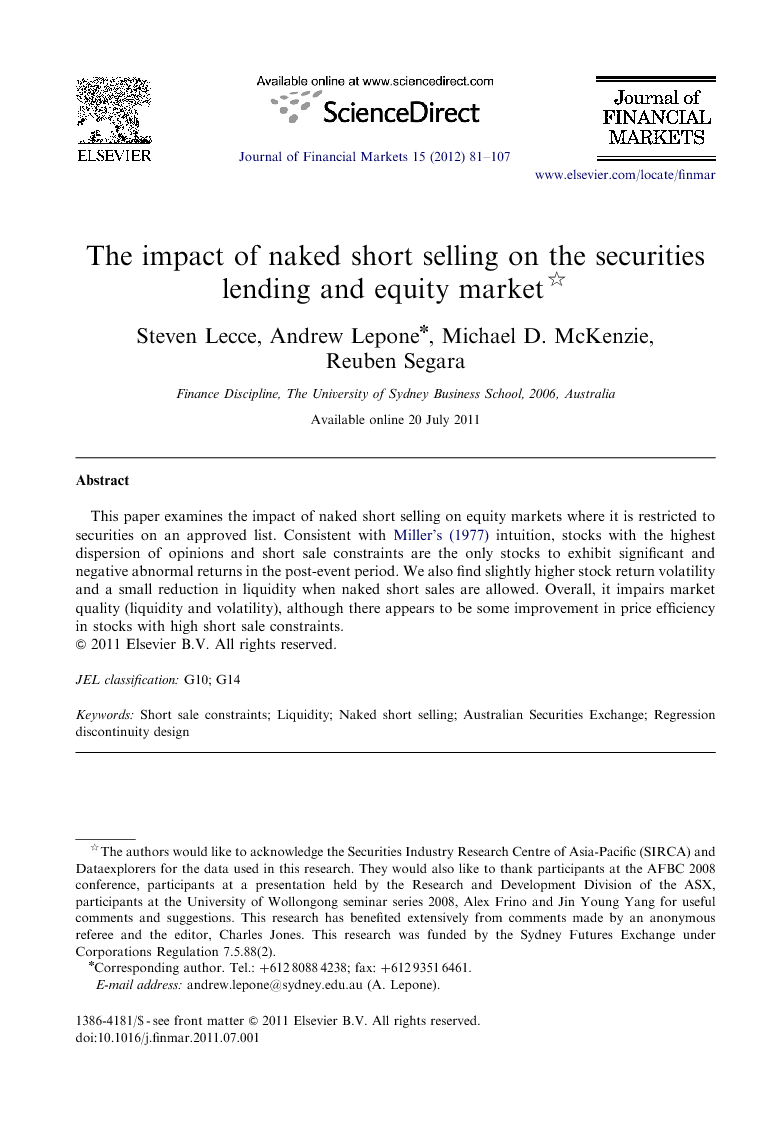 This paper examines the impact of naked short selling on equity markets where it is restricted to securities on an approved list. Consistent with Miller's (1977) intuition, stocks with the highest dispersion of opinions and short sale constraints are the only stocks to exhibit significant and negative abnormal returns in the post-event period. We also find slightly higher stock return volatility and a small reduction in liquidity when naked short sales are allowed. Overall, it impairs market quality (liquidity and volatility), although there appears to be some improvement in price efficiency in stocks with high short sale constraints.