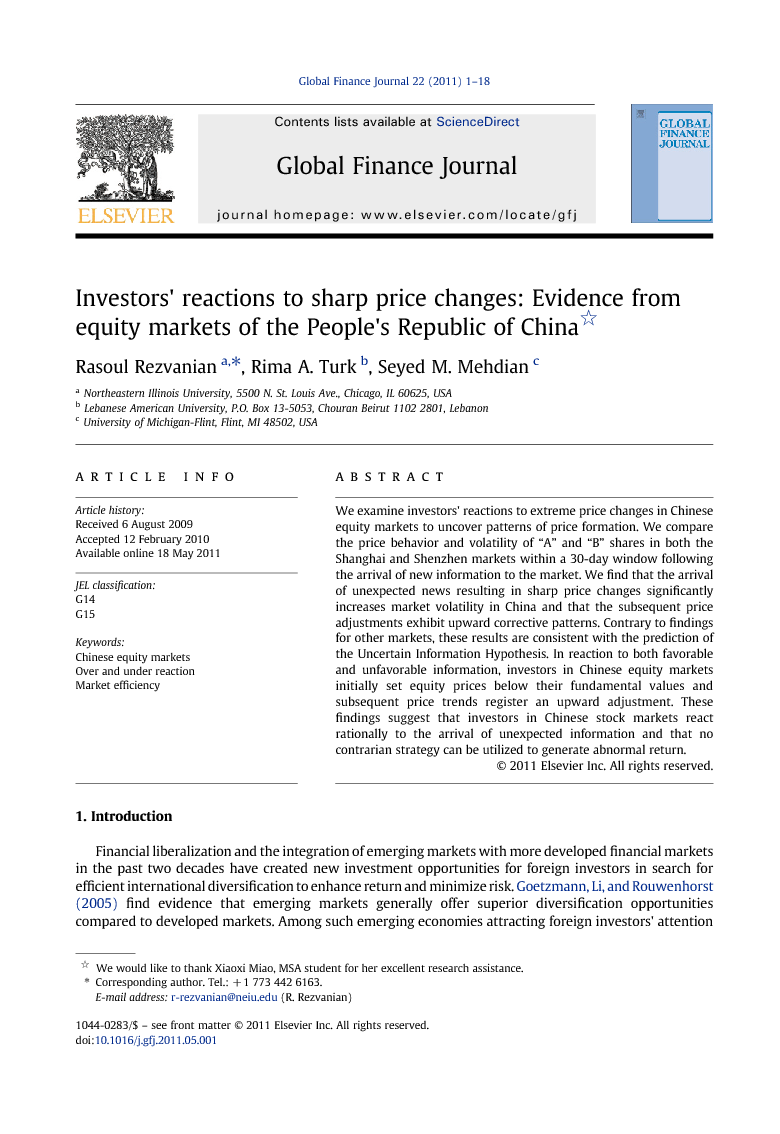 We examine investors' reactions to extreme price changes in Chinese equity markets to uncover patterns of price formation. We compare the price behavior and volatility of “A” and “B” shares in both the Shanghai and Shenzhen markets within a 30-day window following the arrival of new information to the market. We find that the arrival of unexpected news resulting in sharp price changes significantly increases market volatility in China and that the subsequent price adjustments exhibit upward corrective patterns. Contrary to findings for other markets, these results are consistent with the prediction of the Uncertain Information Hypothesis. In reaction to both favorable and unfavorable information, investors in Chinese equity markets initially set equity prices below their fundamental values and subsequent price trends register an upward adjustment. These findings suggest that investors in Chinese stock markets react rationally to the arrival of unexpected information and that no contrarian strategy can be utilized to generate abnormal return.