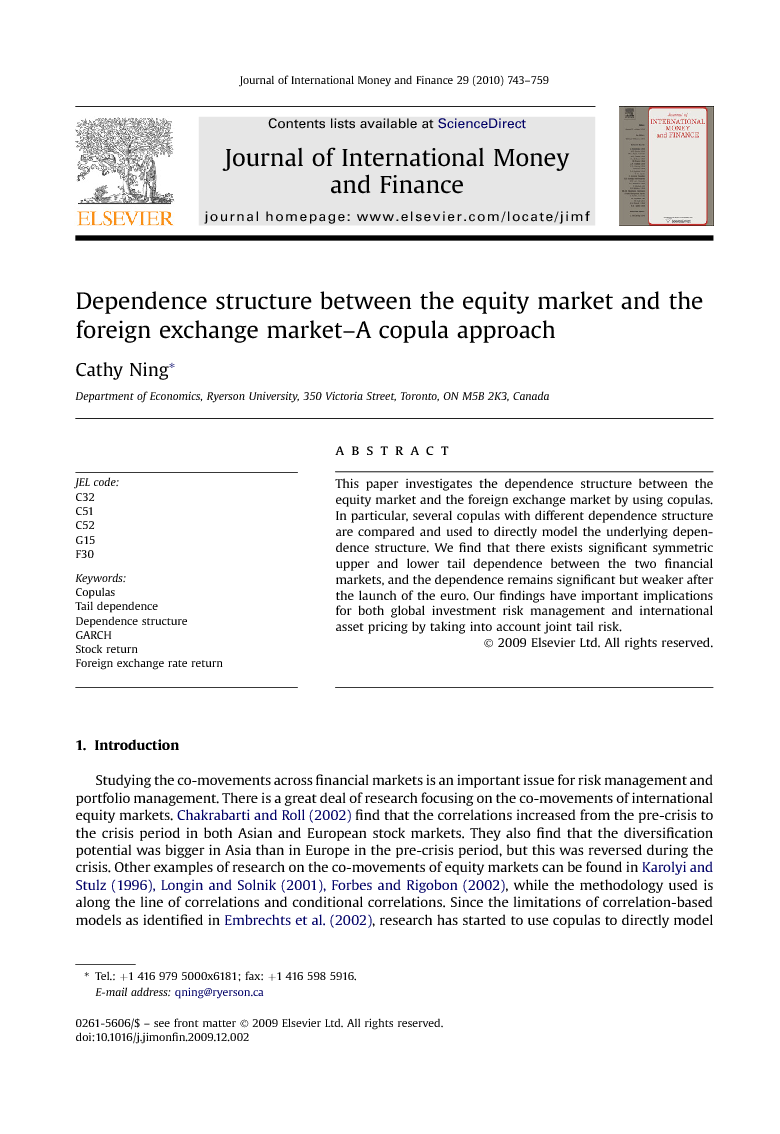 In this paper, we examine the extreme co-movements between the stock and the exchange rate markets by directly modeling their dependence structure via the use of the copulas. The symmetric tail dependence is found to be significant in all the stock-currency return pairs analyzed in this study for both pre- and post-euro periods. This finding is very important for global investors in their risk management during extreme market events. The finding also implies that the Gaussian dependence hypothesis that underlies most modern financial applications may be inadequate. Picking up the tail dependence could lead to a more realistic assessment of the linkage between financial markets and possibly more accurate risk management and pricing models.