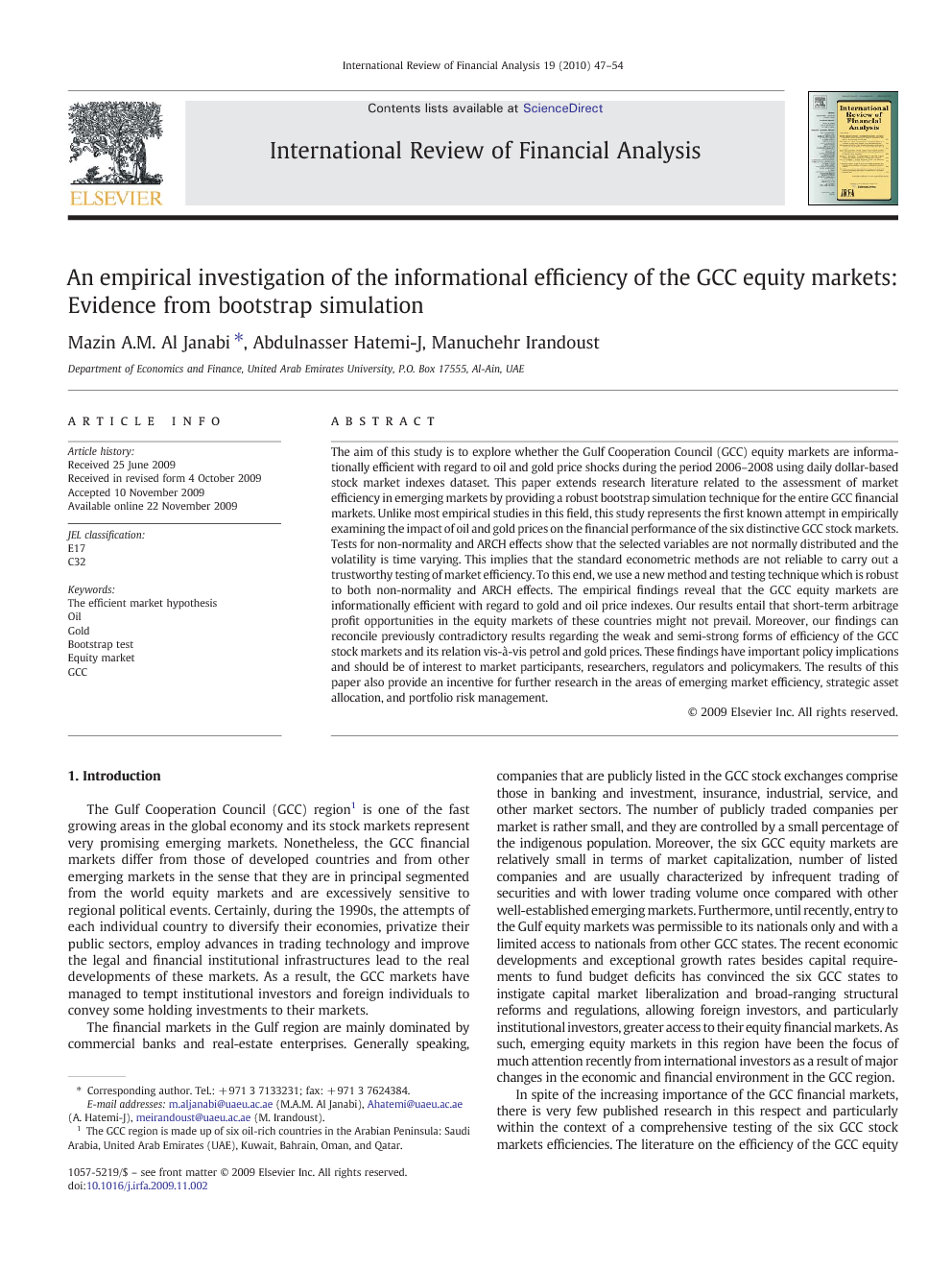 The aim of this study is to explore whether the Gulf Cooperation Council (GCC) equity markets are informationally efficient with regard to oil and gold price shocks during the period 2006–2008 using daily dollar-based stock market indexes dataset. This paper extends research literature related to the assessment of market efficiency in emerging markets by providing a robust bootstrap simulation technique for the entire GCC financial markets. Unlike most empirical studies in this field, this study represents the first known attempt in empirically examining the impact of oil and gold prices on the financial performance of the six distinctive GCC stock markets. Tests for non-normality and ARCH effects show that the selected variables are not normally distributed and the volatility is time varying. This implies that the standard econometric methods are not reliable to carry out a trustworthy testing of market efficiency. To this end, we use a new method and testing technique which is robust to both non-normality and ARCH effects. The empirical findings reveal that the GCC equity markets are informationally efficient with regard to gold and oil price indexes. Our results entail that short-term arbitrage profit opportunities in the equity markets of these countries might not prevail. Moreover, our findings can reconcile previously contradictory results regarding the weak and semi-strong forms of efficiency of the GCC stock markets and its relation vis-à-vis petrol and gold prices. These findings have important policy implications and should be of interest to market participants, researchers, regulators and policymakers. The results of this paper also provide an incentive for further research in the areas of emerging market efficiency, strategic asset allocation, and portfolio risk management.