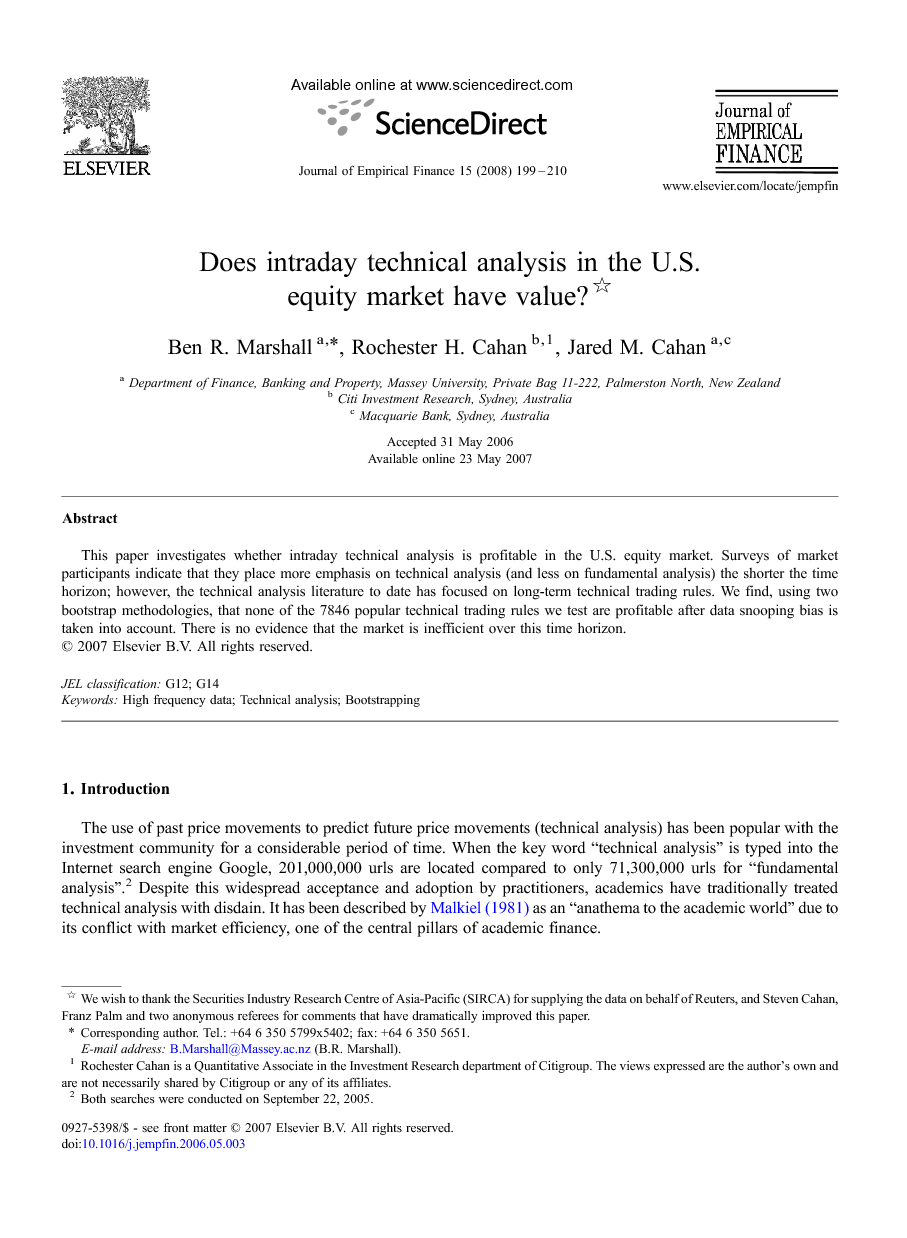 We investigate whether intraday technical analysis is profitable in the U.S. equity market. Surveys of market participants consistently find that technical analysis is more highly valued the shorter the time horizon, but prior work has focused on the profitability of long-term technical analysis. Studying intraday equity market technical analysis has several other aspects. Recent work has found evidence of order clustering which may provide theoretical support for technical analysis. Since this is a short-term phenomenon the impact of order clustering is likely to be more pronounced on intraday technical analysis. We examine the profitability of 7846 rules from five major rule families (Filter, Moving Average, Support and Resistance, Channel Breakout, and On-Balance Volume Rules). These rules were well documented in the literature prior to the start of our sample so we propose that data snooping bias is minimised. As a further precaution against this, we formally adjust our test statistics to account for this. Our results clearly demonstrate that intraday technical analysis is not profitable on the SPDR series over the 2002–2003 period. While the evidence that a small number of rules are profitable prior to any formal adjustment for data snooping bias, none of the five rule families produced a statistically significant profitable rule once this was taken into account. Given these results, we conclude that there is no evidence of consistent inefficiency in the intraday SPDR data.