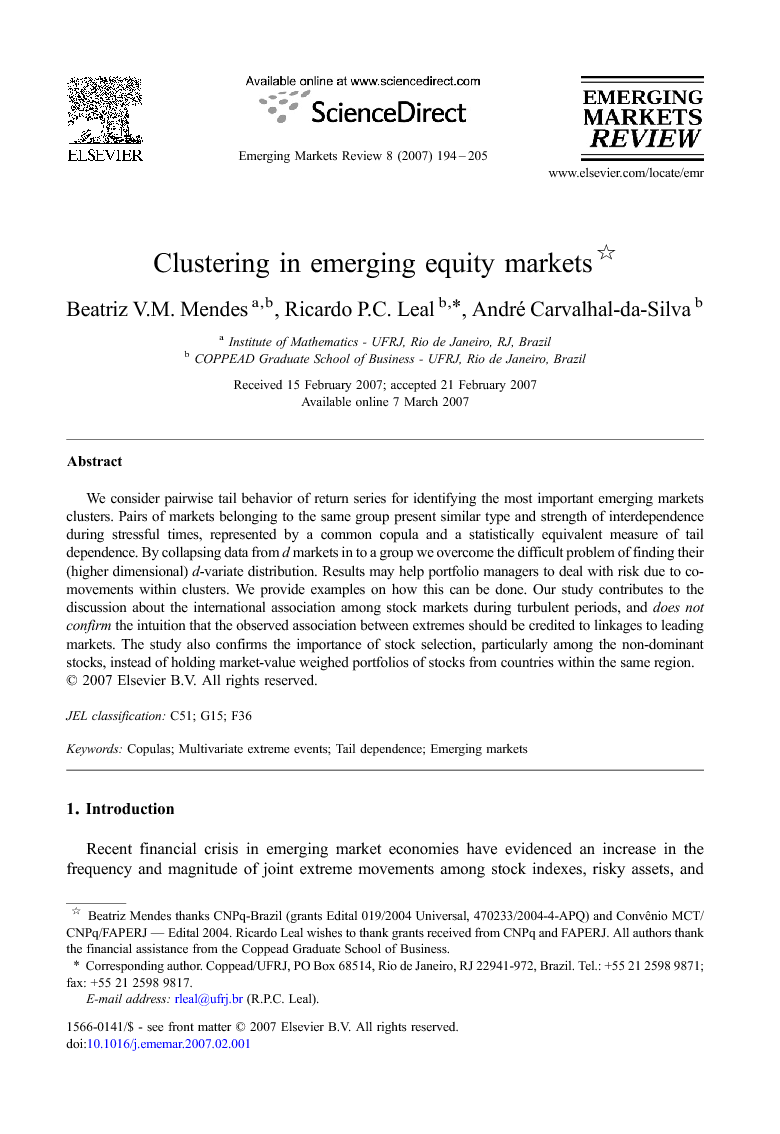 We consider pairwise tail behavior of return series for identifying the most important emerging markets clusters. Pairs of markets belonging to the same group present similar type and strength of interdependence during stressful times, represented by a common copula and a statistically equivalent measure of tail dependence. By collapsing data from d markets in to a group we overcome the difficult problem of finding their (higher dimensional) d-variate distribution. Results may help portfolio managers to deal with risk due to co-movements within clusters. We provide examples on how this can be done. Our study contributes to the discussion about the international association among stock markets during turbulent periods, and does not confirm the intuition that the observed association between extremes should be credited to linkages to leading markets. The study also confirms the importance of stock selection, particularly among the non-dominant stocks, instead of holding market-value weighed portfolios of stocks from countries within the same region.