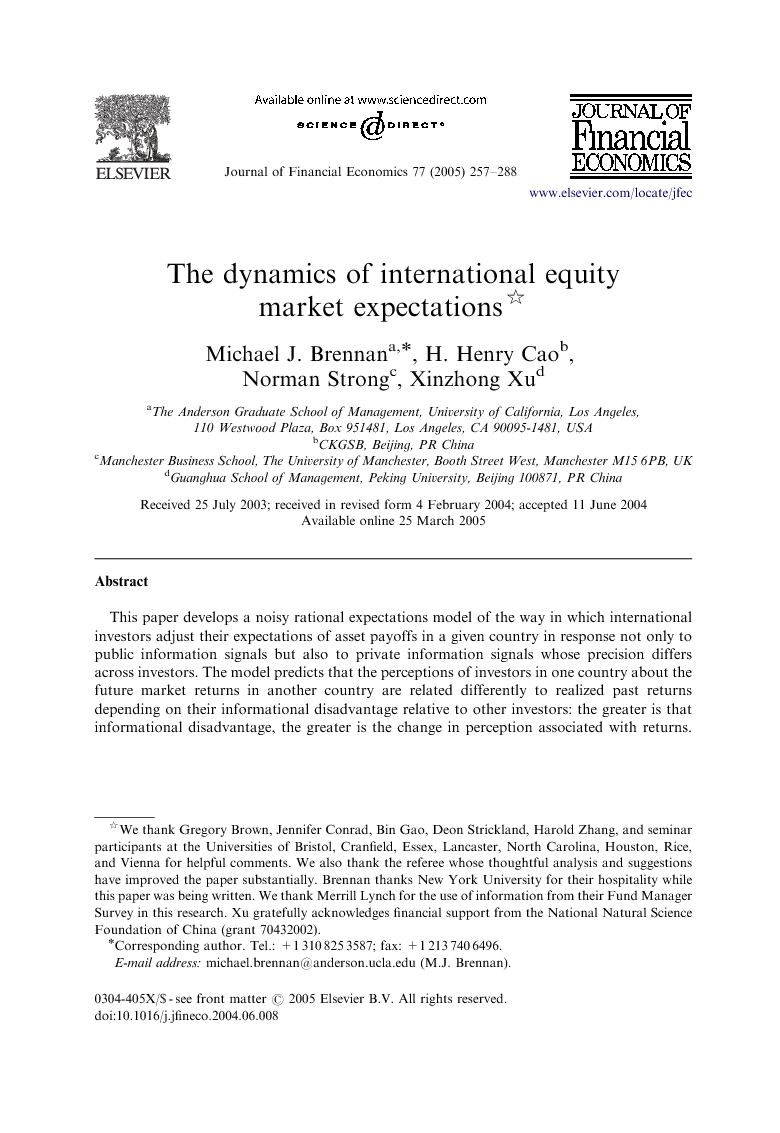 This paper develops a noisy rational expectations model of the way in which international investors adjust their expectations of asset payoffs in a given country in response not only to public information signals but also to private information signals whose precision differs across investors. The model predicts that the perceptions of investors in one country about the future market returns in another country are related differently to realized past returns depending on their informational disadvantage relative to other investors: the greater is that informational disadvantage, the greater is the change in perception associated with returns. The predictions are confirmed by monthly survey data of institutional money managers investing in developed markets from 1995 to 2000.