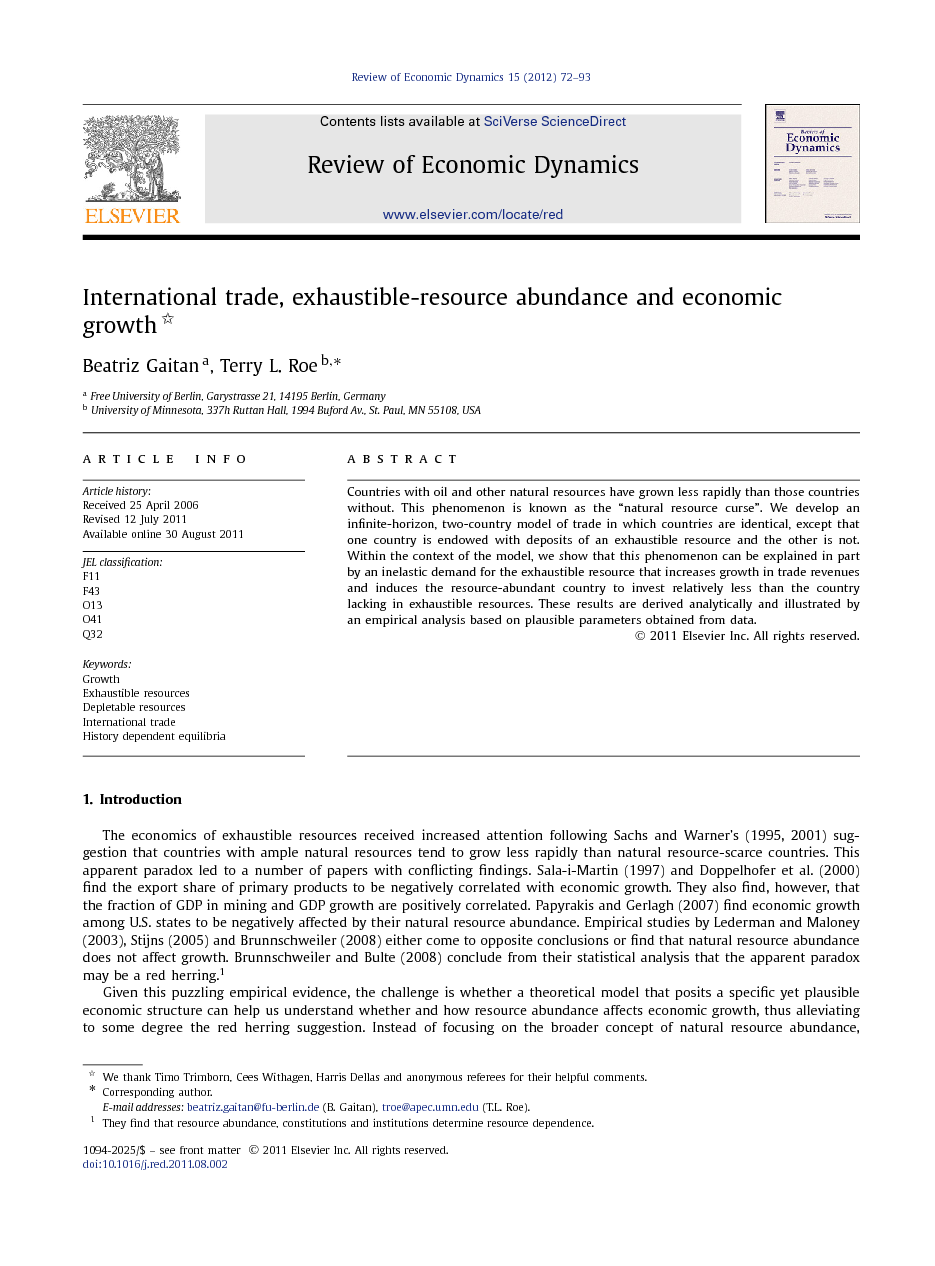 Countries with oil and other natural resources have grown less rapidly than those countries without. This phenomenon is known as the “natural resource curse”. We develop an infinite-horizon, two-country model of trade in which countries are identical, except that one country is endowed with deposits of an exhaustible resource and the other is not. Within the context of the model, we show that this phenomenon can be explained in part by an inelastic demand for the exhaustible resource that increases growth in trade revenues and induces the resource-abundant country to invest relatively less than the country lacking in exhaustible resources. These results are derived analytically and illustrated by an empirical analysis based on plausible parameters obtained from data.