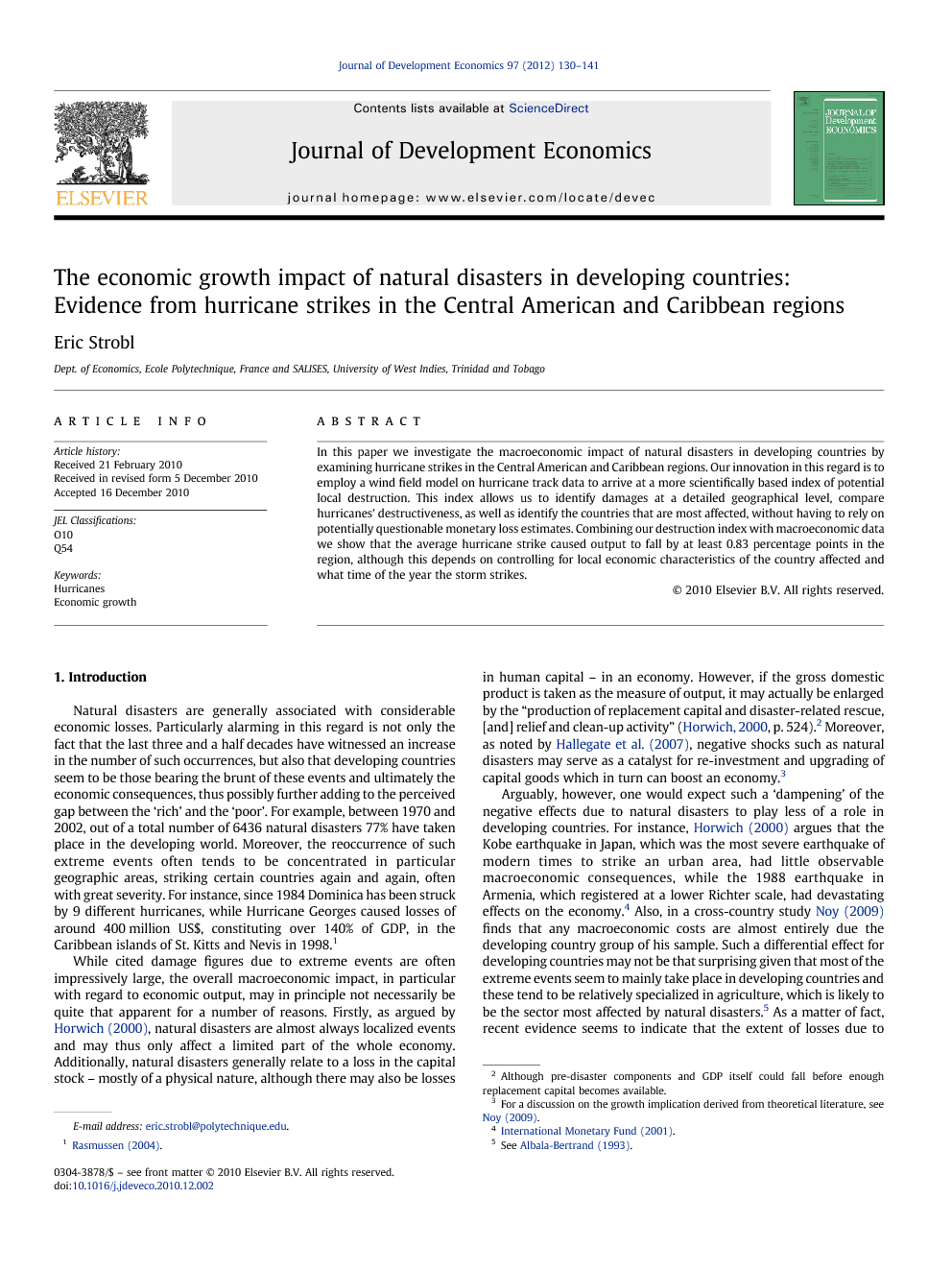 In this paper we investigate the macroeconomic impact of natural disasters in developing countries by examining hurricane strikes in the Central American and Caribbean regions. Our innovation in this regard is to employ a wind field model on hurricane track data to arrive at a more scientifically based index of potential local destruction. This index allows us to identify damages at a detailed geographical level, compare hurricanes' destructiveness, as well as identify the countries that are most affected, without having to rely on potentially questionable monetary loss estimates. Combining our destruction index with macroeconomic data we show that the average hurricane strike caused output to fall by at least 0.83 percentage points in the region, although this depends on controlling for local economic characteristics of the country affected and what time of the year the storm strikes.

While monetary losses due to natural disasters are often large, it is not clear to what extent such losses will translate into large reductions in countries' growth rates. In this paper we investigated the macroeconomic impact of natural disasters in developing countries by examining hurricane strikes in the Central American and Caribbean regions since the 1950s. Our innovation in this regard is to develop a more scientifically based index of potential local destruction of hurricanes that employs a wind field model using historical hurricane track data. Combining this index with a macroeconomic data for a panel of countries in the area, we estimate that the loss in output growth for an average hurricane is about 0.84 percentage points. Finally, it is worth pointing out that, while our approach is intrinsically based on taking into account that hurricanes are often very local events affecting sub-regions of even small economies very differently, we are only able to obtain net aggregate estimates of their impact. More precisely, the lack of local income figures available has prevented us from giving any insight into the sub-national distribution of the economic growth effects of these natural disaster events.