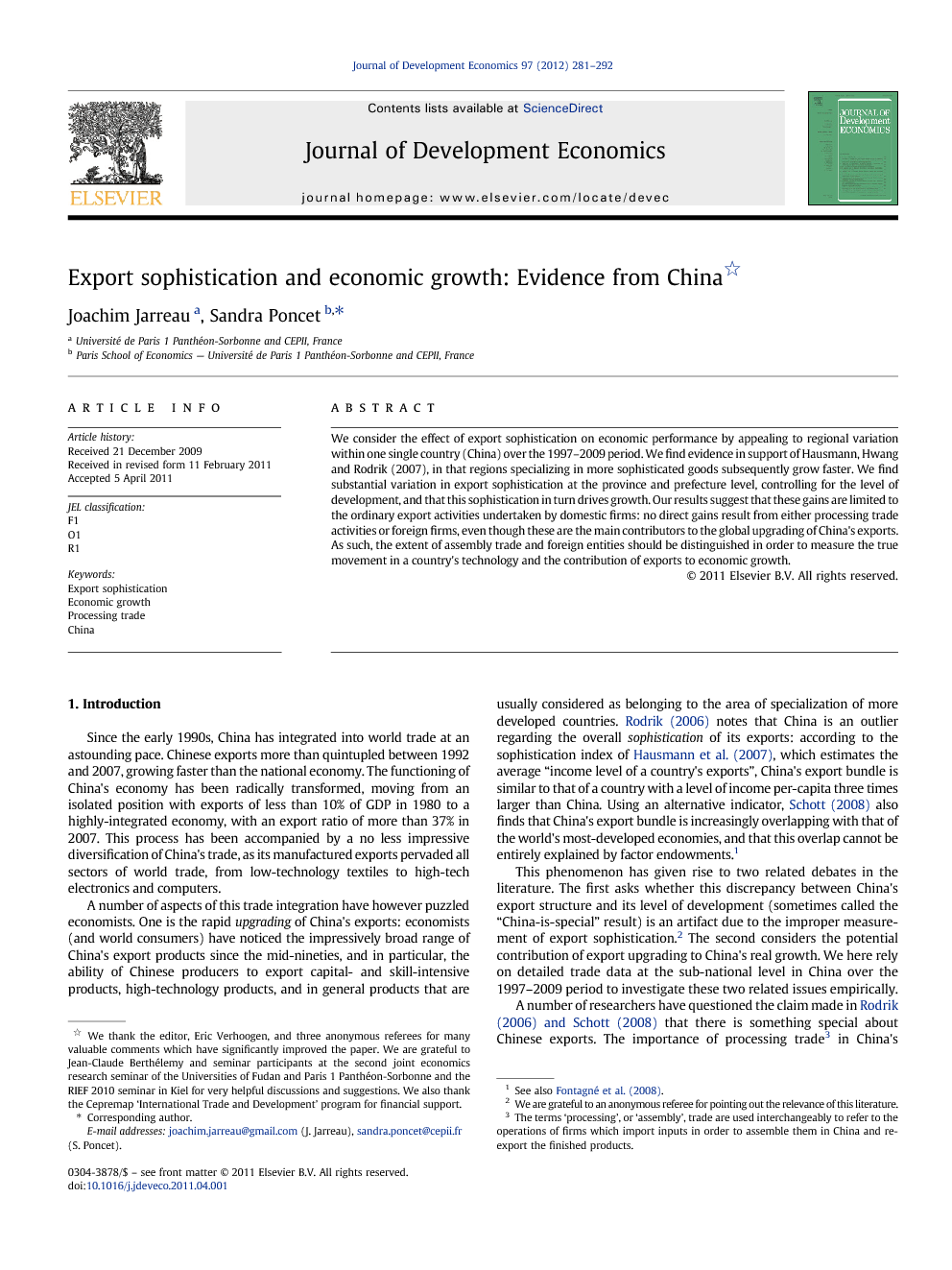 We consider the effect of export sophistication on economic performance by appealing to regional variation within one single country (China) over the 1997–2009 period. We find evidence in support of Hausmann, Hwang and Rodrik (2007), in that regions specializing in more sophisticated goods subsequently grow faster. We find substantial variation in export sophistication at the province and prefecture level, controlling for the level of development, and that this sophistication in turn drives growth. Our results suggest that these gains are limited to the ordinary export activities undertaken by domestic firms: no direct gains result from either processing trade activities or foreign firms, even though these are the main contributors to the global upgrading of China's exports. As such, the extent of assembly trade and foreign entities should be distinguished in order to measure the true movement in a country's technology and the contribution of exports to economic growth.

We have here carried out a test of Hausmann et al. (2007) prediction that regions which develop more sophisticated goods subsequently grow faster, using regional variations within a single country (China). We find that, even at the province and prefecture level, there is considerable variation in export sophistication, controlling for the level of development, and that this variation in turn matters for growth. We find however that the growth gains from improved technology only come about when the latter is developed by domestic-owned firms and embedded in ordinary trade. This suggests that the different sources (export regime and firm type) of Chinese export upgrading must be distinguished for the true measurement of the improvement in technology and its implications for economic growth. In this respect, fruitful avenues for further research include the identification of the sectors which contribute to export sophistication, as well as the potential links between particular sectors with rising sophistication in different provinces and provincial regulations and export promotion activities.