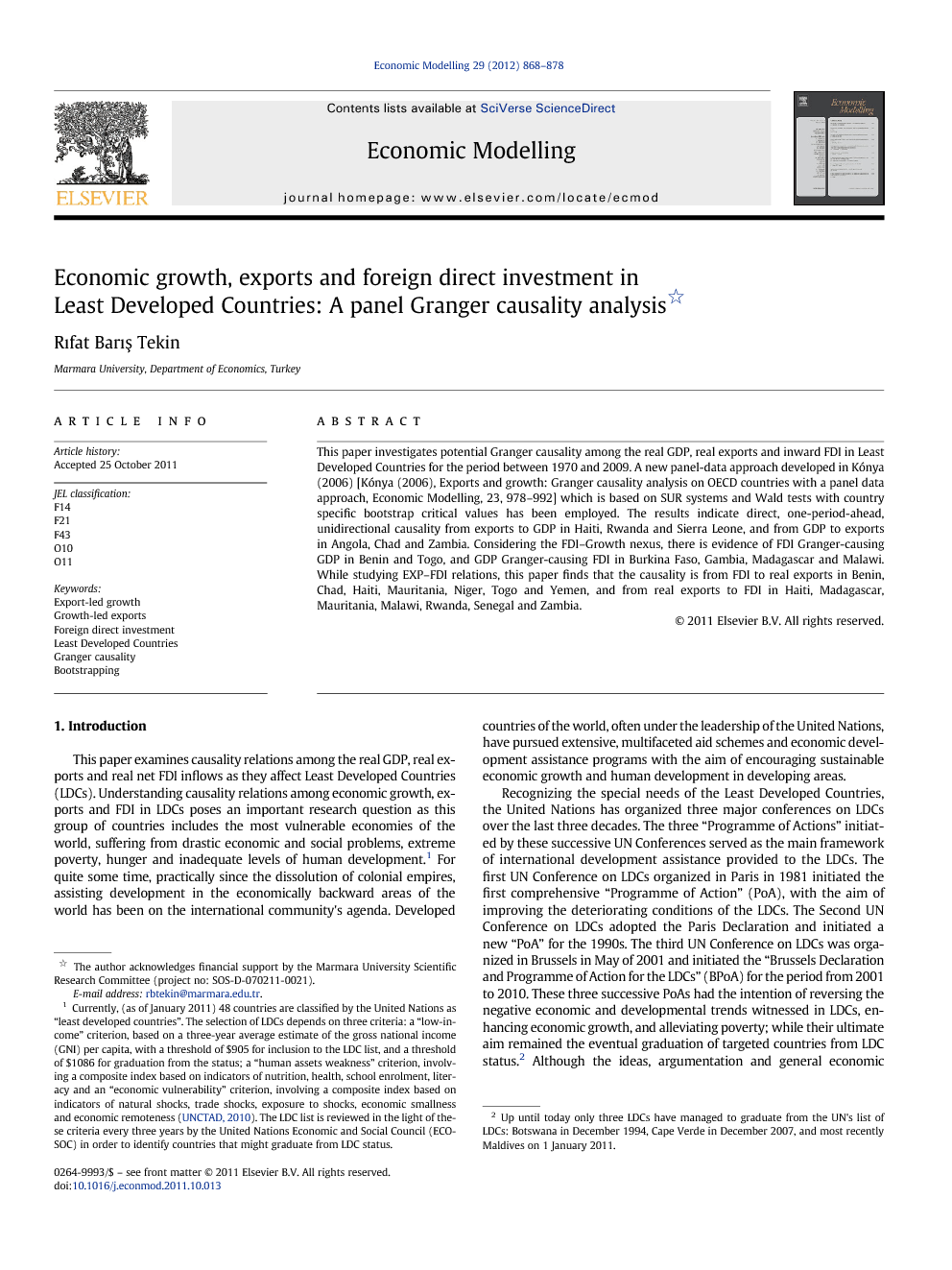 This paper investigates potential Granger causality among the real GDP, real exports and inward FDI in Least Developed Countries for the period between 1970 and 2009. A new panel-data approach developed in Kónya (2006) [Kónya (2006), Exports and growth: Granger causality analysis on OECD countries with a panel data approach, Economic Modelling, 23, 978–992] which is based on SUR systems and Wald tests with country specific bootstrap critical values has been employed. The results indicate direct, one-period-ahead, unidirectional causality from exports to GDP in Haiti, Rwanda and Sierra Leone, and from GDP to exports in Angola, Chad and Zambia. Considering the FDI–Growth nexus, there is evidence of FDI Granger-causing GDP in Benin and Togo, and GDP Granger-causing FDI in Burkina Faso, Gambia, Madagascar and Malawi. While studying EXP–FDI relations, this paper finds that the causality is from FDI to real exports in Benin, Chad, Haiti, Mauritania, Niger, Togo and Yemen, and from real exports to FDI in Haiti, Madagascar, Mauritania, Malawi, Rwanda, Senegal and Zambia.