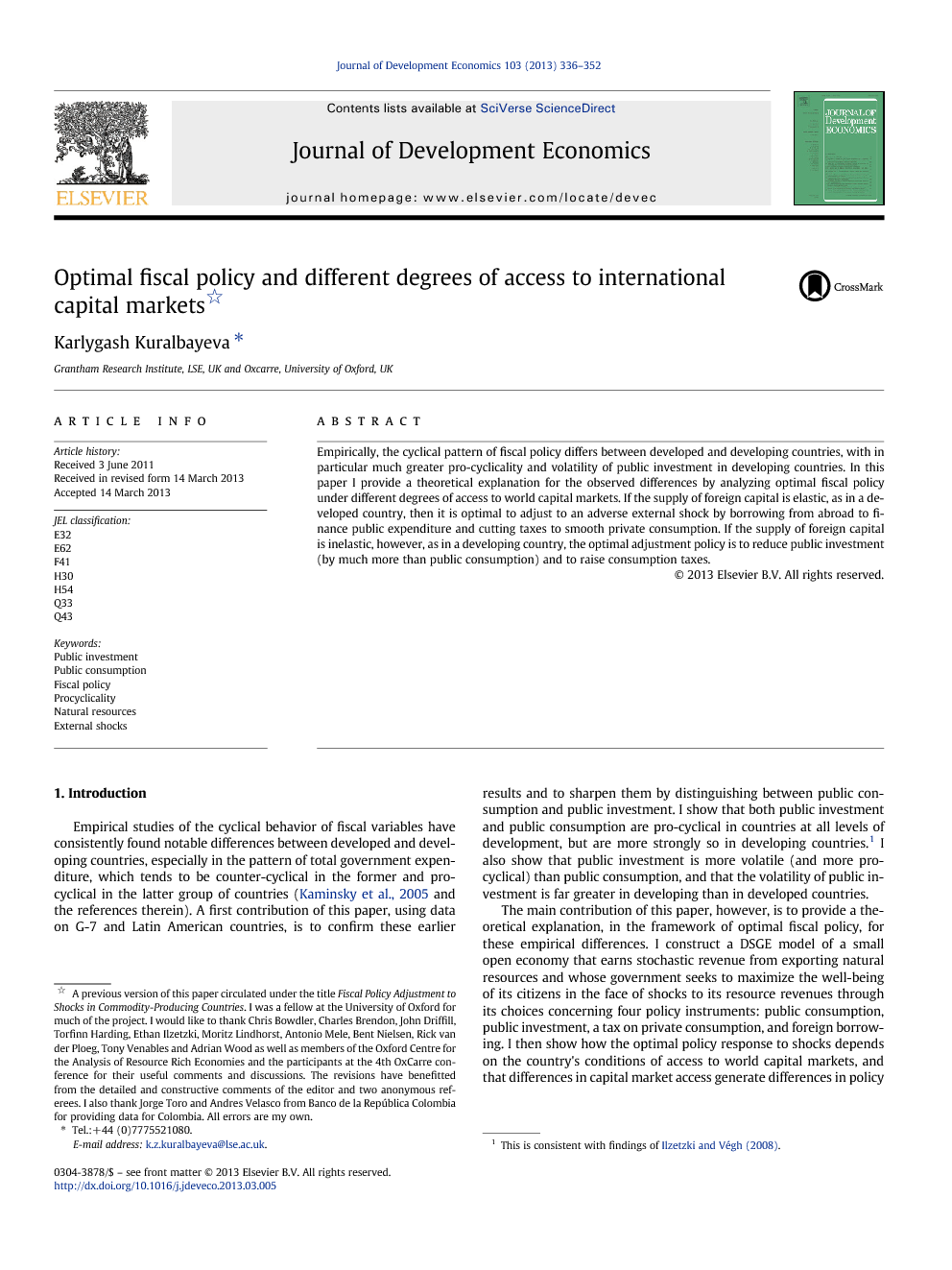 Empirically, the cyclical pattern of fiscal policy differs between developed and developing countries, with in particular much greater pro-cyclicality and volatility of public investment in developing countries. In this paper I provide a theoretical explanation for the observed differences by analyzing optimal fiscal policy under different degrees of access to world capital markets. If the supply of foreign capital is elastic, as in a developed country, then it is optimal to adjust to an adverse external shock by borrowing from abroad to finance public expenditure and cutting taxes to smooth private consumption. If the supply of foreign capital is inelastic, however, as in a developing country, the optimal adjustment policy is to reduce public investment (by much more than public consumption) and to raise consumption taxes.