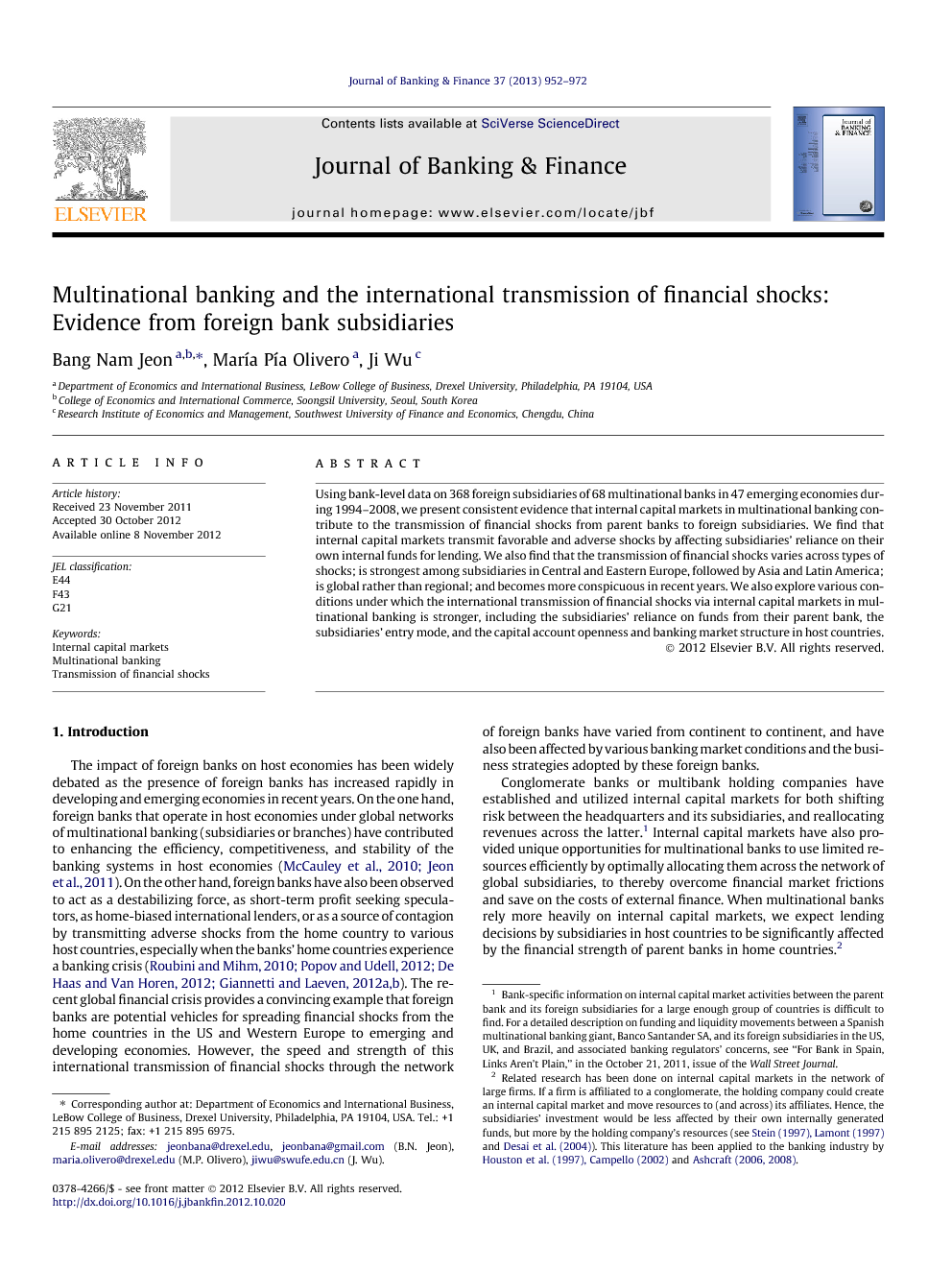 Using bank-level data on 368 foreign subsidiaries of 68 multinational banks in 47 emerging economies during 1994–2008, we present consistent evidence that internal capital markets in multinational banking contribute to the transmission of financial shocks from parent banks to foreign subsidiaries. We find that internal capital markets transmit favorable and adverse shocks by affecting subsidiaries’ reliance on their own internal funds for lending. We also find that the transmission of financial shocks varies across types of shocks; is strongest among subsidiaries in Central and Eastern Europe, followed by Asia and Latin America; is global rather than regional; and becomes more conspicuous in recent years. We also explore various conditions under which the international transmission of financial shocks via internal capital markets in multinational banking is stronger, including the subsidiaries’ reliance on funds from their parent bank, the subsidiaries’ entry mode, and the capital account openness and banking market structure in host countries.