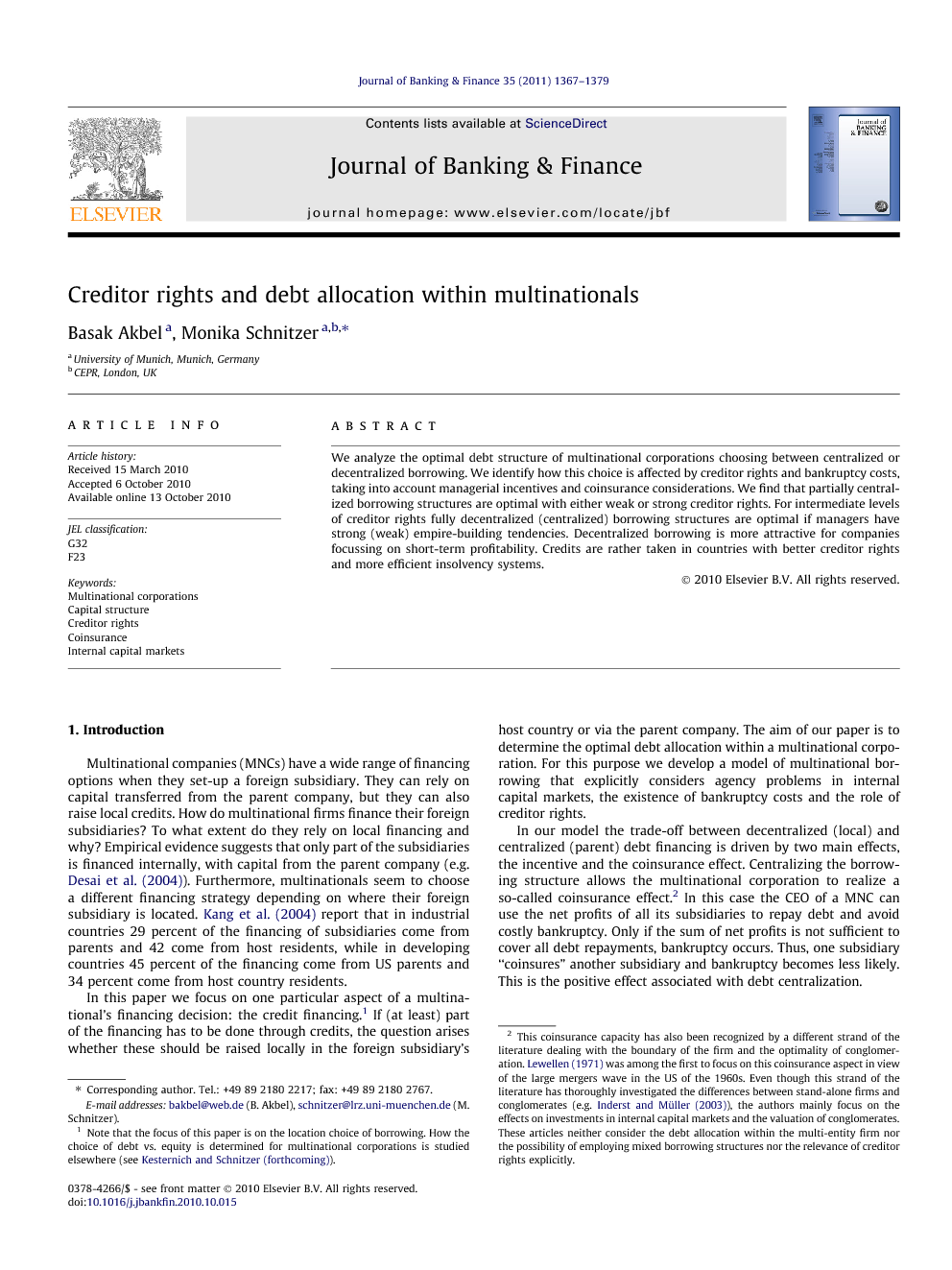 In this paper we develop a framework for understanding the debt allocation process within multinational corporations. In our analysis we show that the debt structure within multinationals matters beyond tax issues – a fact that had almost been completely neglected in the literature so far. In particular, we highlight that the legal environment is key in determining the degree of debt centralization within a MNC. However, as our analysis suggests, different aspects of the legal environment have differing effects on the borrowing structure. Although very stylized, our model and results do reflect the existing empirical findings related to multinational finance and creditor rights. While we provide a rationale for mixed borrowing structures, we demonstrate how the trade-off between incentive problems in internal capital markets and coinsurance determines the optimal borrowing structure. Our analysis highlights the relevance of creditor rights for a multi-entity firm’s capital structure in general and for multinational corporations in particular. Differences in the legal environment induce a bias of the debt allocation towards the country with a better legal environment, i.e. stronger creditor rights and lower bankruptcy costs. A major contribution of our paper is to highlight the importance of a comprehensive view on multinationals’ borrowing decision due to feedback effects on internal capital markets – an aspect that current research on MNC finance did not focus on yet. A more comprehensive model would endogenize the incentive problems of the home subsidiary as well. The basic trade-off of our model would not be affected but there may be room for reinforcing incentive effects between the subsidiaries. This must be left to future research. Further questions to be addressed in future research relate to the effect of creditor rights on several aspects of multinational finance. An extension of our work could incorporate the choice between equity and debt into a model of multinational finance. A particularly interesting question is how the legal environment affects the multinational’s choice between internal debt, i.e. parental borrowing for the subsidiaries, and internal equity. Another interesting aspect which needs further empirical investigation is a differentiated analysis of the effect of creditor rights on the different aspects of the insolvency regime, for example also the actual liquidation of insolvent firms.