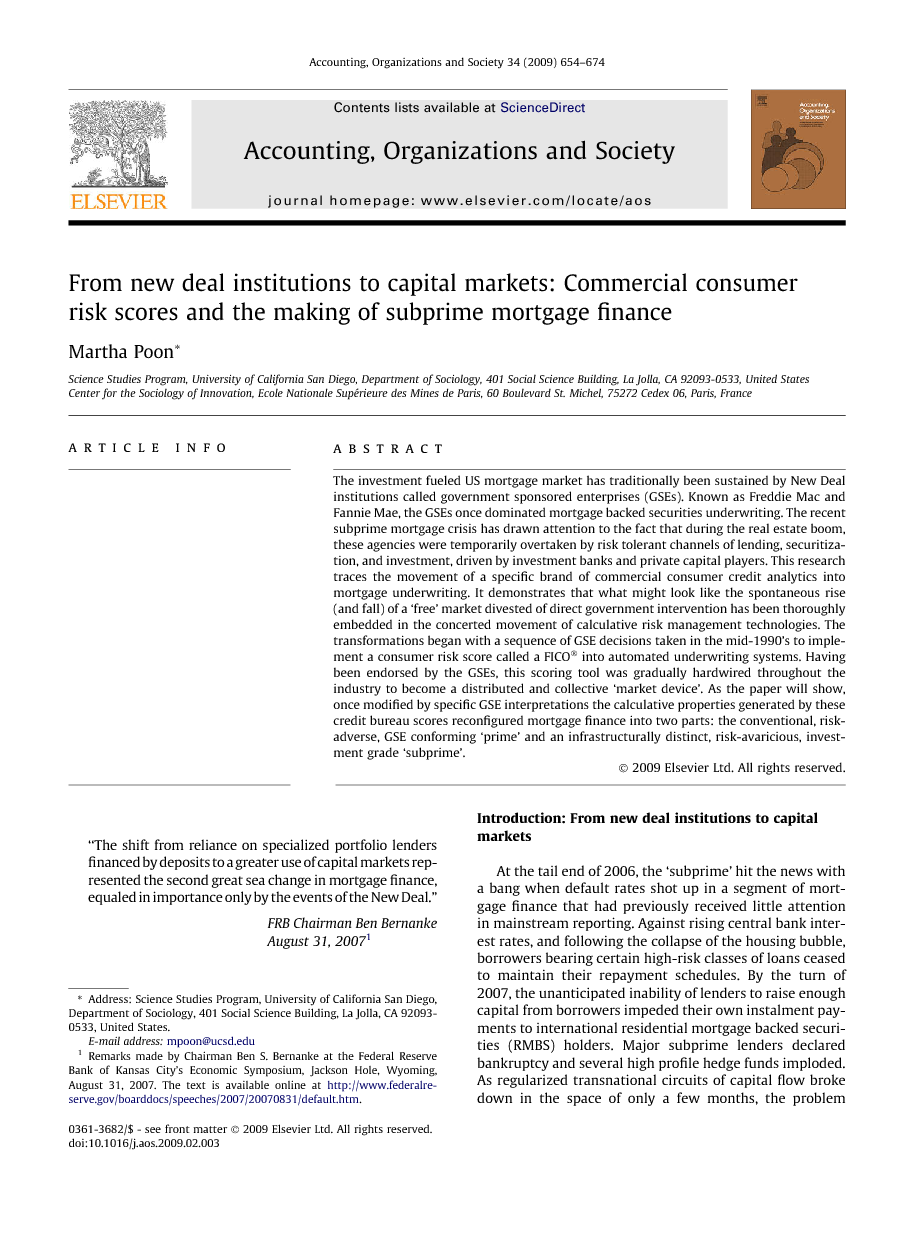 The investment fueled US mortgage market has traditionally been sustained by New Deal institutions called government sponsored enterprises (GSEs). Known as Freddie Mac and Fannie Mae, the GSEs once dominated mortgage backed securities underwriting. The recent subprime mortgage crisis has drawn attention to the fact that during the real estate boom, these agencies were temporarily overtaken by risk tolerant channels of lending, securitization, and investment, driven by investment banks and private capital players. This research traces the movement of a specific brand of commercial consumer credit analytics into mortgage underwriting. It demonstrates that what might look like the spontaneous rise (and fall) of a ‘free’ market divested of direct government intervention has been thoroughly embedded in the concerted movement of calculative risk management technologies. The transformations began with a sequence of GSE decisions taken in the mid-1990’s to implement a consumer risk score called a FICO® into automated underwriting systems. Having been endorsed by the GSEs, this scoring tool was gradually hardwired throughout the industry to become a distributed and collective ‘market device’. As the paper will show, once modified by specific GSE interpretations the calculative properties generated by these credit bureau scores reconfigured mortgage finance into two parts: the conventional, risk-adverse, GSE conforming ‘prime’ and an infrastructurally distinct, risk-avaricious, investment grade ‘subprime’.