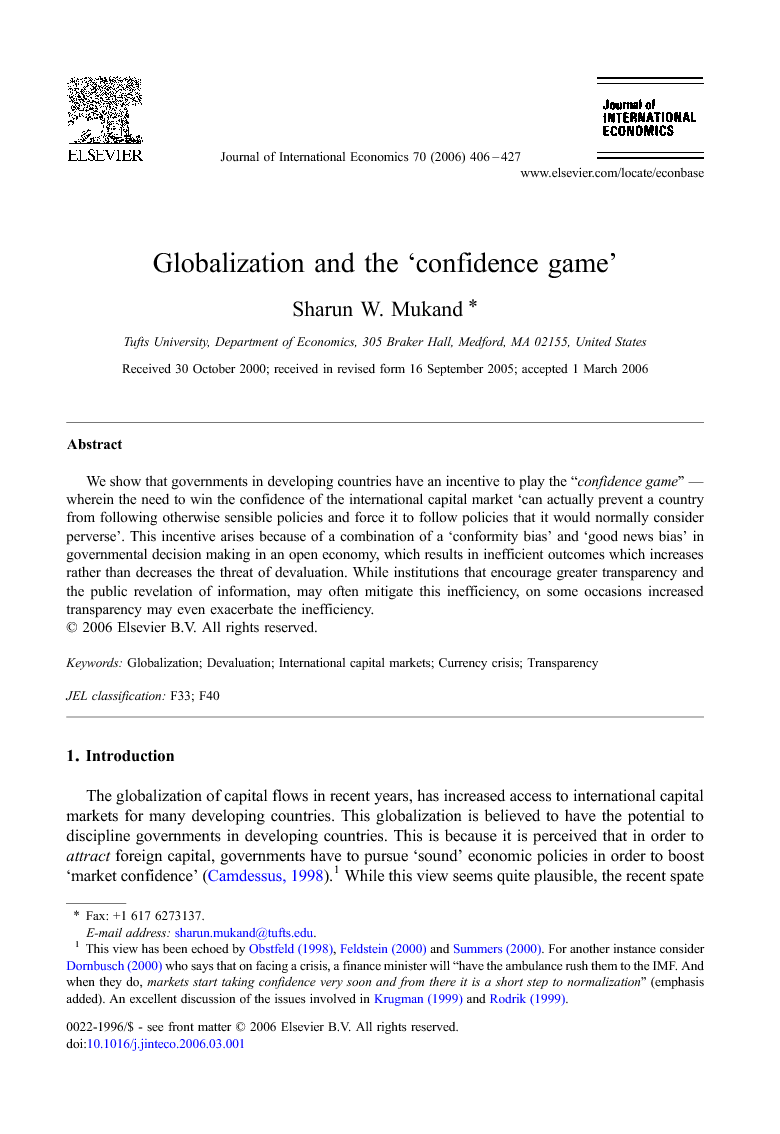 We show that governments in developing countries have an incentive to play the “confidence game” — wherein the need to win the confidence of the international capital market ‘can actually prevent a country from following otherwise sensible policies and force it to follow policies that it would normally consider perverse’. This incentive arises because of a combination of a ‘conformity bias’ and ‘good news bias’ in governmental decision making in an open economy, which results in inefficient outcomes which increases rather than decreases the threat of devaluation. While institutions that encourage greater transparency and the public revelation of information, may often mitigate this inefficiency, on some occasions increased transparency may even exacerbate the inefficiency.