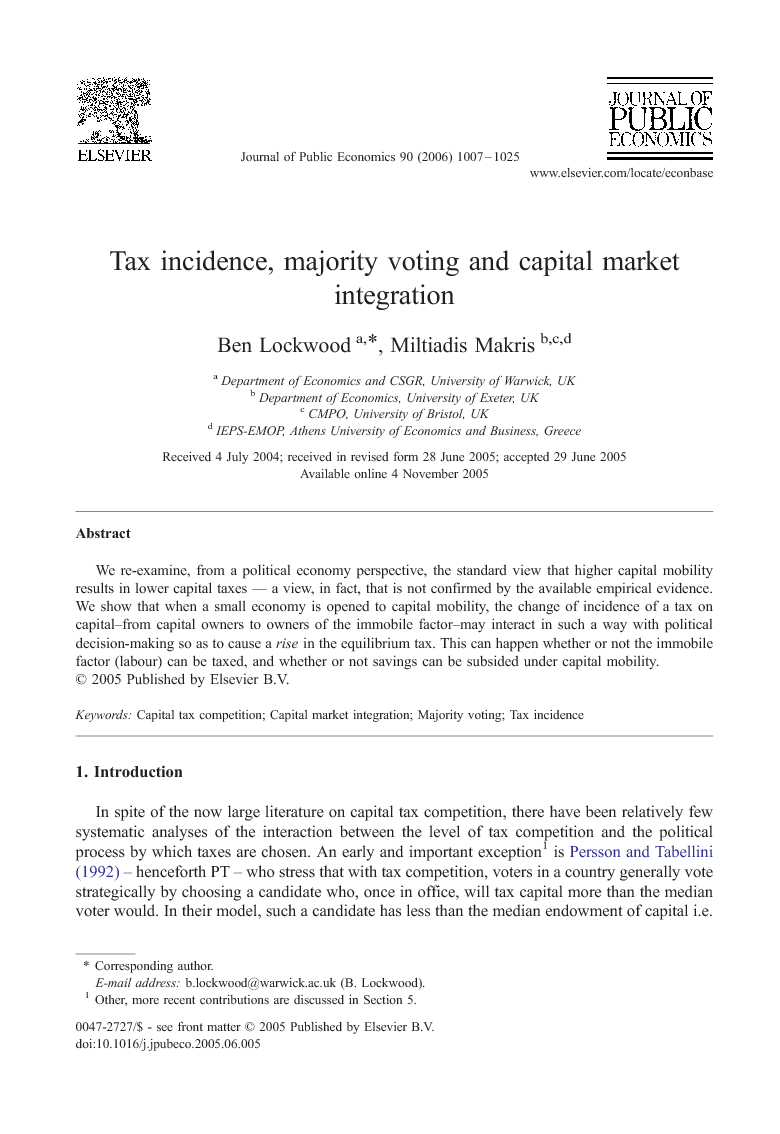 We re-examine, from a political economy perspective, the standard view that higher capital mobility results in lower capital taxes — a view, in fact, that is not confirmed by the available empirical evidence. We show that when a small economy is opened to capital mobility, the change of incidence of a tax on capital–from capital owners to owners of the immobile factor–may interact in such a way with political decision-making so as to cause a rise in the equilibrium tax. This can happen whether or not the immobile factor (labour) can be taxed, and whether or not savings can be subsided under capital mobility.

This paper provides one possible explanation for why taxes on capital may not fall, but rise, following capital market integration. Our explanation is based on three simple ingredients: equilibrium tax-shifting in the ZMW model, heterogeneity between agents within countries, and decision-making through a political process such as majority voting, rather than benevolent dictatorship. These interact to produce the incidence effect on equilibrium taxes following capital market integration. If the differences between the median preference-adjusted endowments of the mobile factor (capital), and the fixed factor (land) are large enough, the incidence effect may more than offset the usual effects of tax competition, and cause equilibrium taxes to rise. We also show that the same logic applies to the case where capital and labour can be taxed separately.